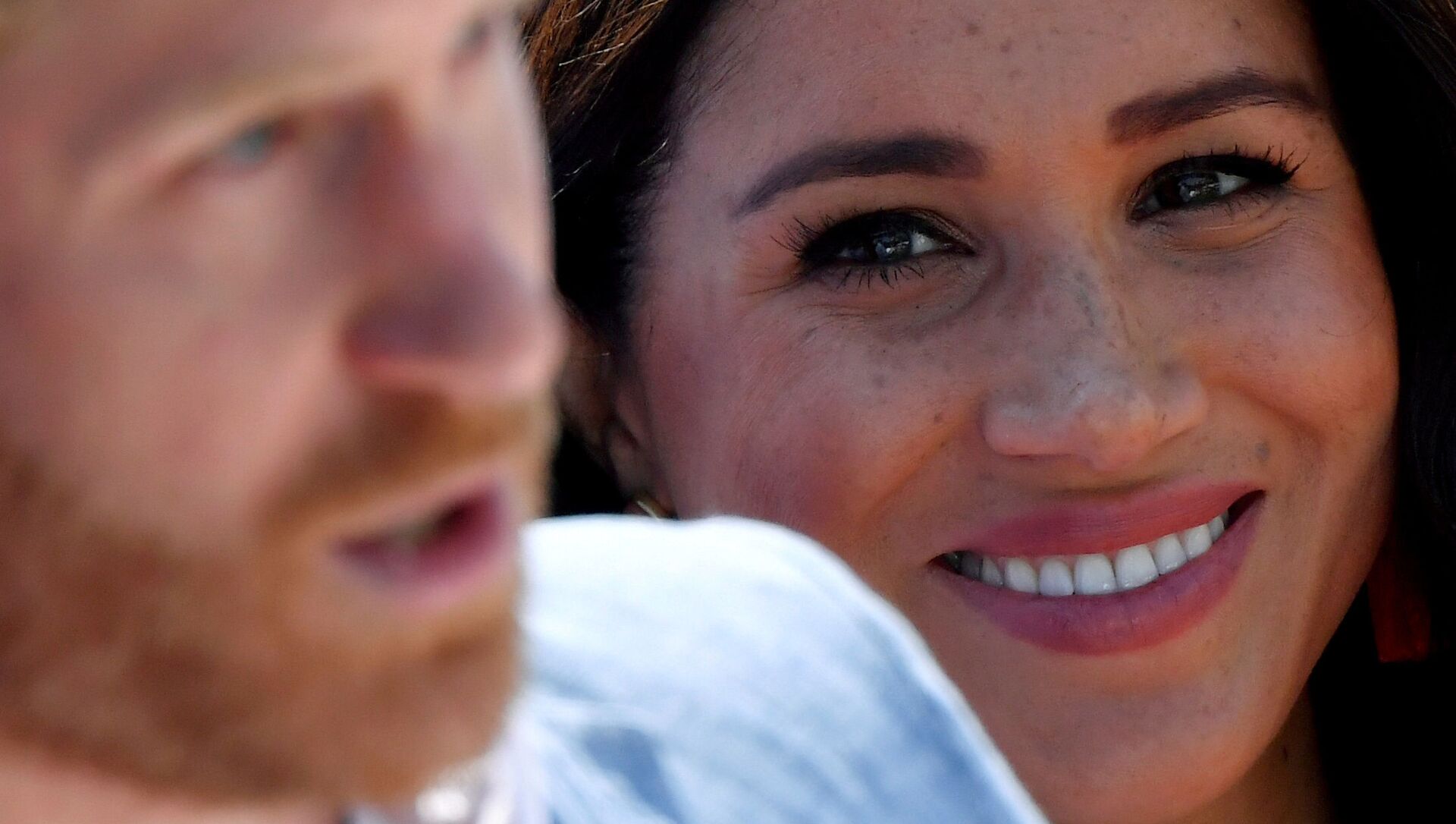 Aleksandra Serebriakova
Moscow-based Sputnik correspondent specializing in foreign affairs.
All materialsWrite to the author
Good Morning Britain host Piers Morgan left the breakfast show this month after refusing to apologise for saying he didn’t believe “a word” Meghan Markle said about her mental health and racial struggles in the palace, which she opened up about in a bombshell interview with Oprah Winfrey.

In a column for the Mail on Sunday, Morgan detailed events leading up to his resignation from Good Morning Britain (GMB) on 9 March after a heated exchange with ITV weatherman Alex Beresford, who ripped into his colleague for his constant attacks on Meghan Markle.

But in the article, Morgan doubled down on his much rebuked statements that he did not believe the former actress was denied help from the royal household when she felt “suicidal” over “racist” attacks from the British media and a lack of support from the royal fam.

“Meghan's had no worse media treatment than other Royal brides such as Diana, Fergie, Kate, Camilla or even that other Monarchy-rattling American divorcee, Wallis Simpson,” Morgan wrote. “But she's the first to claim negative press has been motivated by racism, and it's a very dangerous charge to make with so little to back it up.”

During the scandalous interview with Oprah Winfrey, which aired on 7 March, the Duchess of Sussex claimed that there were discussions in the palace about the skin tone of her unborn son Archie while, while at the same time the couple learned that their child would be deprived of a royal title and personal security. Morgan challenged some of these claims as well.

“It sounded complete nonsense when she said it, and it is; he's not a Prince because, technically, the great grandchildren of the Monarch are not bestowed with titles 'Prince' or 'Princess' unless they're in the direct line to the throne,” the TV host wrote.

“This rule applies regardless of the child's mother's ethnicity.”

Declarations of Love and Death Threats

Morgan says he never questioned if Markle was suffering from suicidal thoughts but doesn't believe her claims that palace aides refused to help her during her struggles to avoid tarnishing the royal family's image by linking it to mental illness. His on air comments received a flurry of complaints to Ofcom, including one reportedly filed by the duchess herself.

Morgan was ready to lose his job for his beliefs after refusing to apologise for speaking his mind:

“And in a free, democratic society, I should be allowed not to believe someone, and to say that I don't believe them,” the 55-year-old journalist said.

A number of petitions have called on GMB's management to reinstate the scandalous but widely popular host. Morgan signalled to the public that he's not planning a return, despite a much support from his fans. 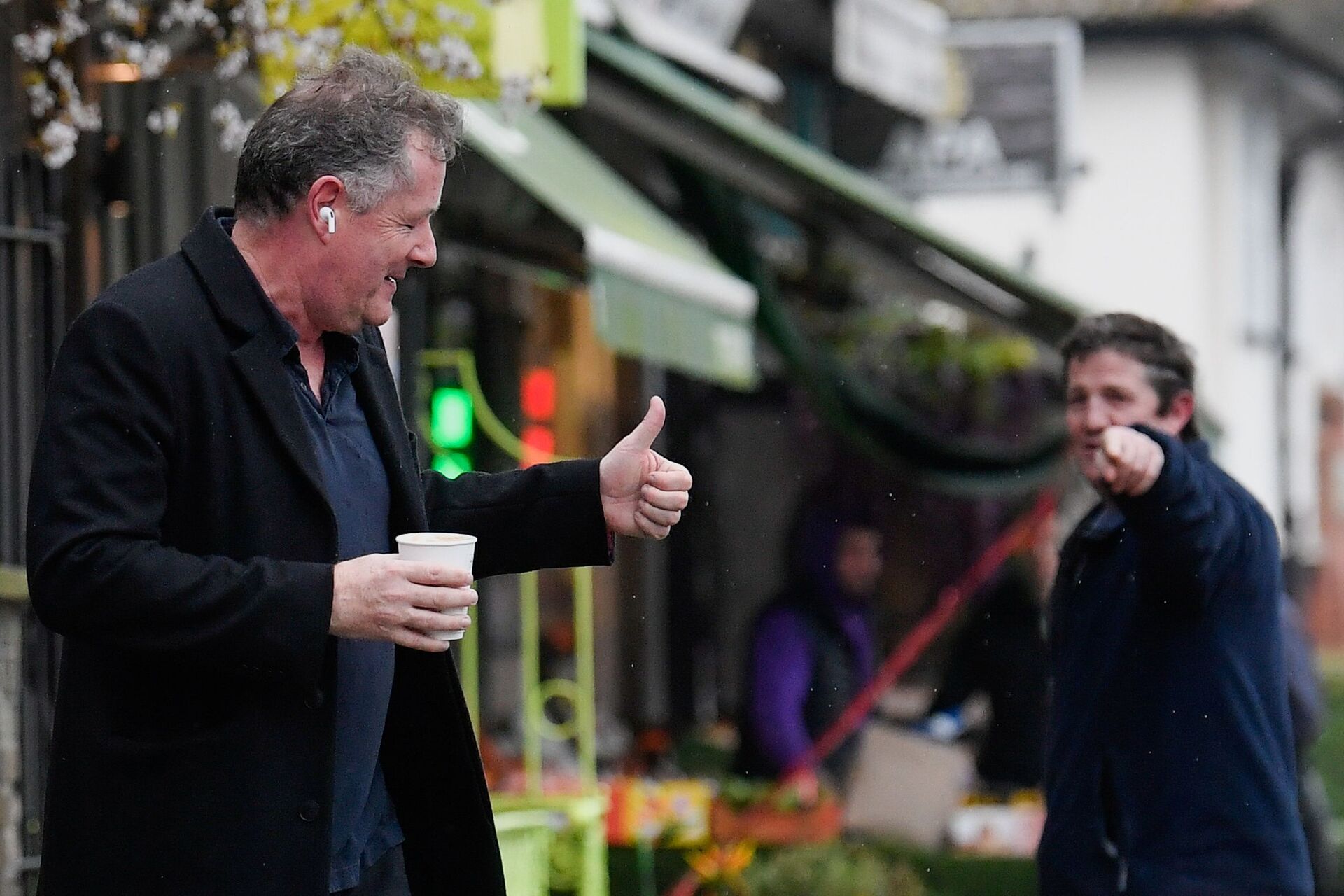 Journalist and television presenter Piers Morgan gestures back to a passerby as he walks near his house, after he left his high-profile breakfast slot with the broadcaster ITV, following his long-running criticism of Prince Harry's wife Meghan, in London, Britain, March 10, 2021
© REUTERS / TOBY MELVILLE

Unsurprisingly, he also has his haters, and some pretty scary ones at that he admitted in the column:

“I've always subscribed to the 'if you dish it out, you've got to take it' philosophy,” Morgan wrote. “But my three sons told me they too are all being targeted, and sent me screenshots of venomous abuse and threats of violence towards them, which made my stomach churn, especially as police are already investigating a death threat made to me and my eldest boy Spencer last month.”

One of trolls has apparently threatened to kill the journalist in front of his children saying that “When your dad dies, the world will have a party.”

Ironically, his sons don't “even care about Meghan Markle, let alone agree with my views on her,” the British reporter concluded.

“Yet the Twitter troll mob has found them guilty by association,” he said.

One petition on Change.org calling to keep the legendary host on GMB has now raked in over 157,000 signatures.