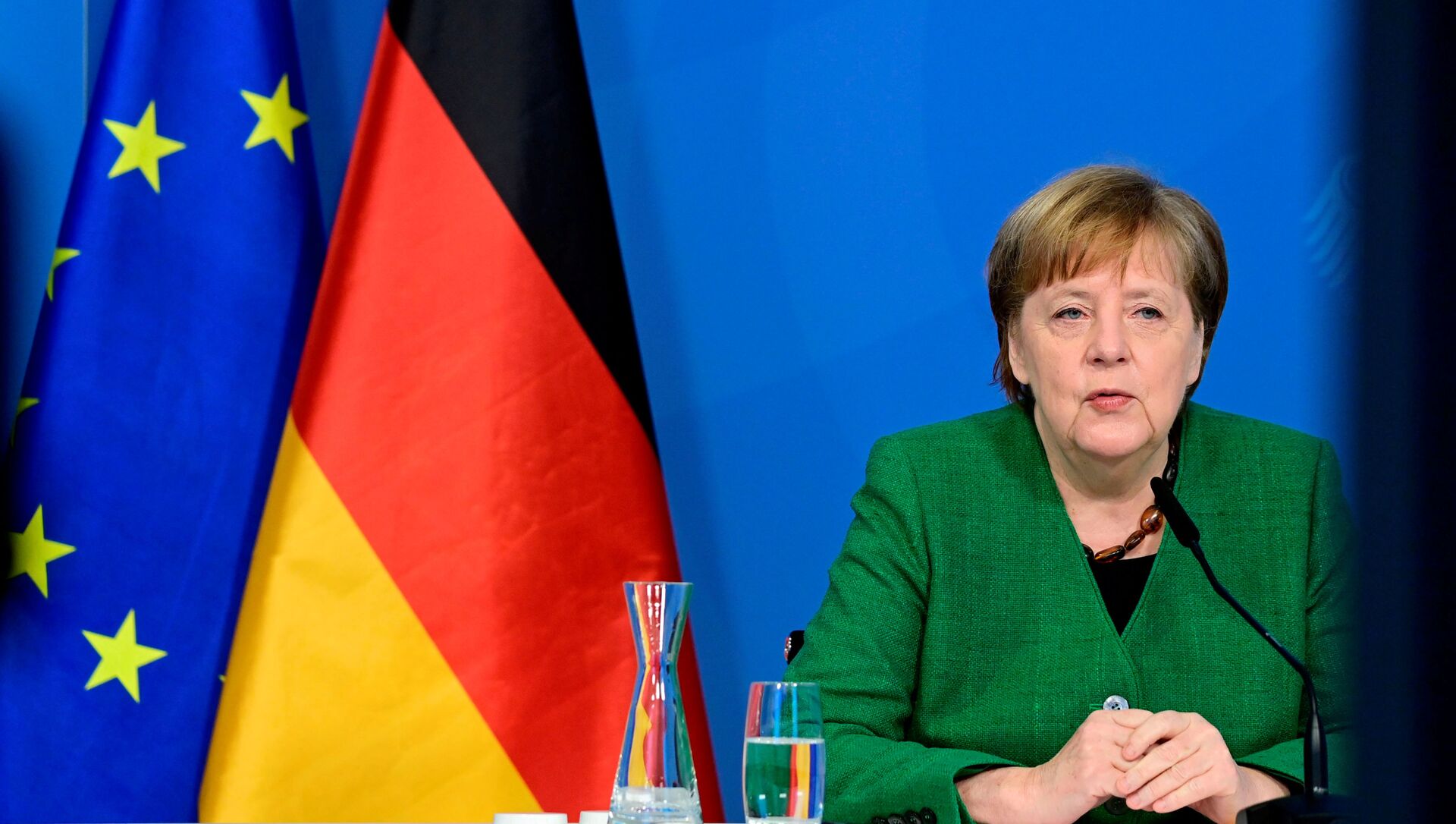 Ilya Tsukanov
All materialsWrite to the author
Over 8.6 million Germans have been given the first dose of a coronavirus vaccine, with at least 3 million more already receiving both doses. The federal government has recently faced off against some state governments over their refusal to follow agreed upon guidelines on emergency lockdowns.

Berlin will not be able to rest easy until the entire world receives access to ample supplies of vaccines against the coronavirus, Chancellor Angela Merkel has indicated.

“We will have no peace of mind from the pandemic so long as other parts of the world have not been vaccinated,” Merkel said, speaking to ARD on Sunday, when commenting on the European Union’s policy of exporting vaccines.

Asked to account for the slow rate of vaccination in Germany compared to some of the country’s allies, and the federal government’s recent flip-flopping on the introduction of an Easter lockdown, Merkel blamed the German “tendency toward perfectionism,” and criticized some state governors for resistance to restrictions.

“Perhaps we’re very perfectionist at times and want to do everything right, because obviously whoever makes a mistake always faces quite a lot of public criticism,” the 66-year-old chancellor, who will not be seeking reelection in federal elections in September, said.

Live Updates: Germany Registers 17,176 New COVID-19 Cases
“But there needs to be flexibility, too. That, I believe is an attribute that we as Germans perhaps need to learn a little bit more, alongside our tendency toward perfectionism,” she added.

Merkel promised that more vaccines will be made available next month, and that enough doses to vaccinate 40 million people will be produced over the next three months.

The chancellor criticized governors who have refused to introduce automatic lockdowns in situations where weekly infection rates rise above 100 per 100,000 people. “We need to implement the necessary measures now with great seriousness. Some states are doing that, others aren’t doing that yet,” she said, reserving special criticism for Saarland, Berlin and North Rhine-Westphalia for failing to follow instructions, and hinting that she might seek support in the Bundestag for federally mandated lockdowns including curfews if states don’t stick by existing rules.

Germany has recorded nearly 76,000 coronavirus-related deaths, and over 2.8 million infections, since the pandemic began, but some Germans have expressed disagreement with and skepticism over lockdowns and vaccination campaigns. Many have deliberately avoided the AstraZeneca vaccine, one of the three preparations available in the country alongside the Pfizer and Moderna jabs, amid reports that it can cause deadly blood clots in the brain. On Monday, German health authorities reported receiving reports of another 21 cases of blood clots in people who had taken the AstraZeneca preparation. At least seven people have died after taking the jab, but both European medical authorities and the World Health Organization have deemed them to be safe anyway after a review earlier this month.

Anti-Lockdown Protesters Rally in Berlin to Mark One Year Since Beginning of COVID-19 Restrictions
Some Germans’ hesitation to the vaccination campaign may also be related to distrust of authorities related to the 2009 scandal involving vaccines against the swine flu, which saw government officials receiving access to a special, separate vaccine not available to the general public. The scandal ended with the cancellation of the mass vaccination programme, with unused stocks of vaccines destroyed.

In her interview Sunday, Merkel called the mask scandal “completely unacceptable and outrageous” and said she found it “particularly painful” that the affair involved her allies.