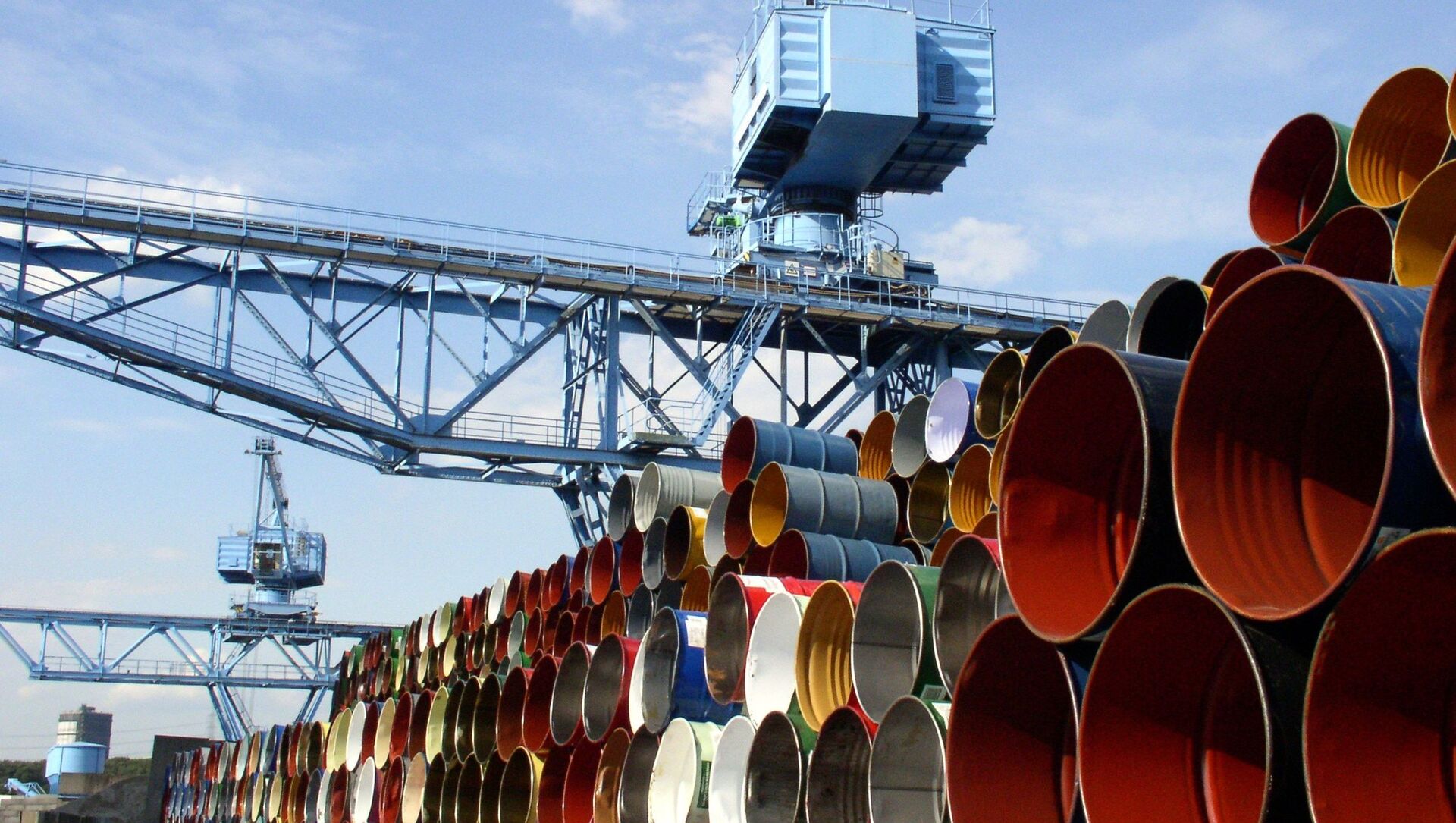 CC0 / /
Subscribe
Svetlana Ekimenko
All materialsWrite to the author
The giant cargo ship Ever Given that ran aground and blocked the Suez Canal last Tuesday, triggering the world's largest maritime jam, was freed by salvage teams on Monday, with Egyptian President Abdel Fattah al-Sisi hailing the successful completion of the operation.

As the 400-metre long container ship Ever Given, that's been blocking the Suez Canal since last week, was successfully refloated on Monday, oil prices recovered somewhat after dropping by as much as 2 percent.

While remaining volatile amid concerns about when the backlog of ships in the waterway that handles about 15 percent of global shipping would be cleared, at 10.46 (GMT) Brent crude oil futures for June delivery recovered 0.98 percent to $65.06. May futures grew 0.56 percent to $64.93.

WTI crude futures for May delivery increased by 0.61 percent, reaching $61.34.

"Brent has been trading soft in the morning session today after reports emerged that the ship blocking the Suez Canal has been refloated though it's still unclear how soon the trade route could be reopened," Warren Patterson, head of commodities strategy at Dutch bank ING, was cited by Market Insider as saying.

The Suez Canal Authority announced on Monday that the Ever Given, which had run aground on its way from China to the Netherlands amid strong winds and a sandstorm affecting visibility, had been successfully refloated, adding that rising tides should make it possible to complete the effort.

​As the 224,000 tonne vessel operated by Taiwanese transport company Evergreen Marine was towed out of its position in the northern part of the narrow shipping path, authorities vowed to clear the backlog of ships as soon as possible.

Around 10 percent of global trade by tonnage passes through the Suez Canal, including around 5.5 million barrels of crude, according to Markets Insider.

​The nearly week-long blockage of one of the world's busiest trade routes, which separates Africa from Asia, sent oil prices skyrocketing as the backlog shipments built up.

Germany-based insurance giant Allianz estimated on 26 March that the blockage could cost global trade between $6 and $10 billion a week.

Amid news of the refloating, concerns turned to expectations that OPEC members would keep their production cut agreement in place following their monthly meeting in Vienna later this week. The next meetings of the OPEC and non-OPEC Ministers are scheduled for 31 March and 1 April 2021, respectively. 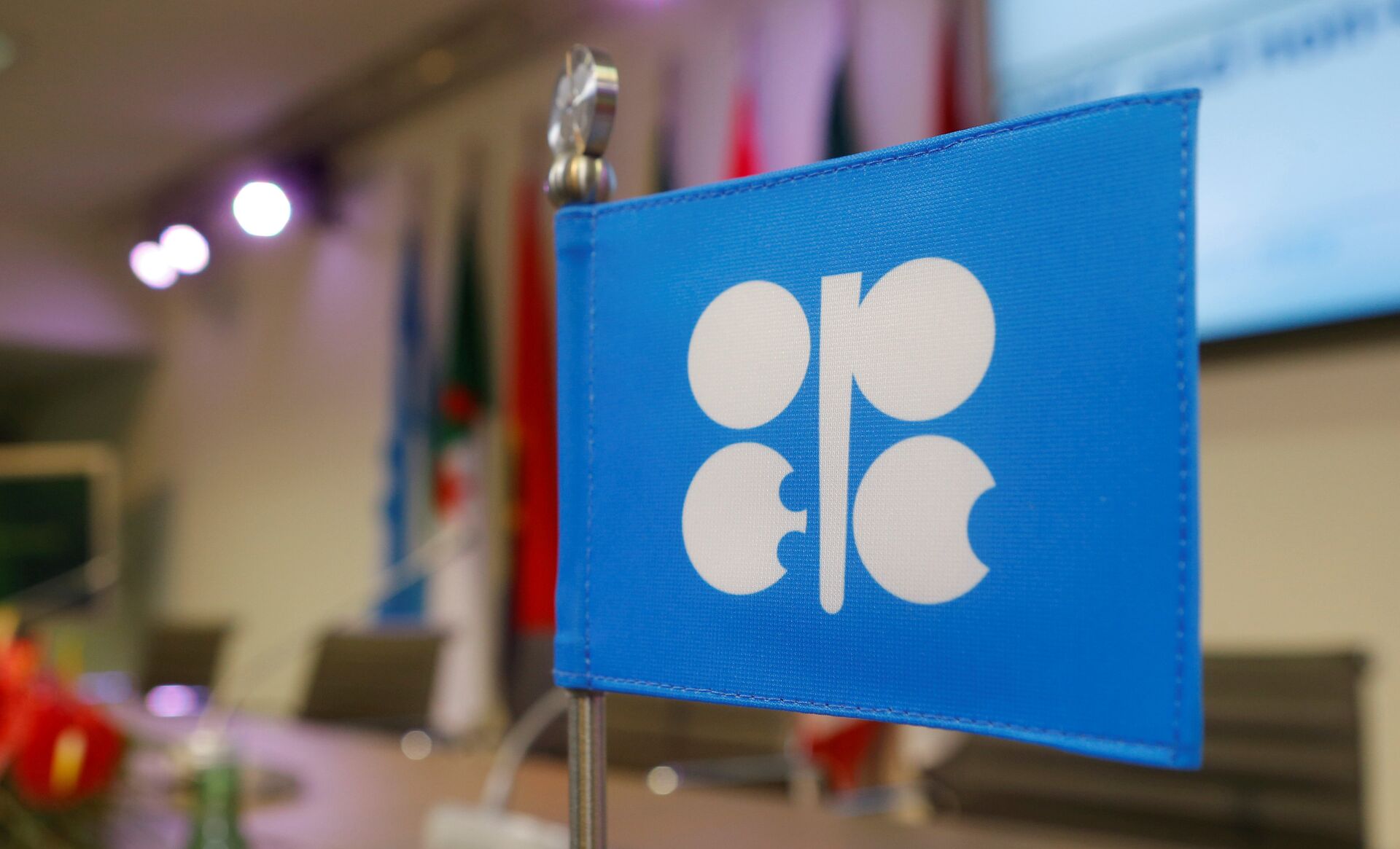 A flag with the Organization of the Petroleum Exporting Countries (OPEC) logo is seen before a news conference at OPEC's headquarters in Vienna, Austria, December 10, 2016
© REUTERS / Heinz-Peter Bader/File Photo

On 1 April, the OPEC+ alliance is set to discuss production cuts for May, which the market widely expects to be rolled over from April.

"After last month [production cut rollover], the market seemed tight, but towards the end of the month, the market atmosphere started changing [and was] not so tight," a trader based with a North Asian refinery was cited as saying by S&P Global.