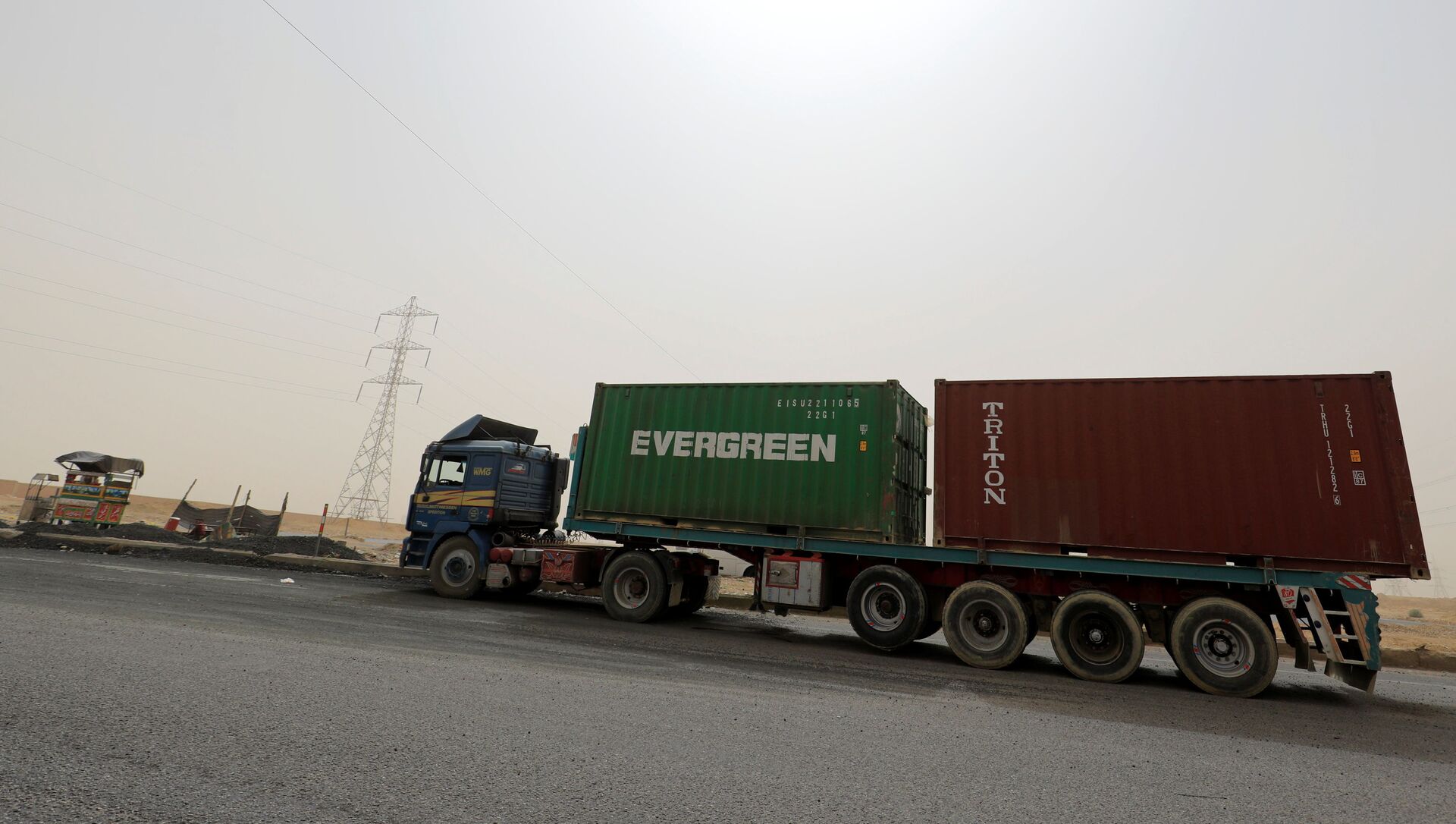 Alexandra Kashirina
All materialsWrite to the author
The notorious 400-meter container ship Ever Given ran aground last Tuesday and completely blocked traffic in the Suez Canal. The absurd situation, which amused netizens throughout the world, dealt a major blow to world trade as almost a third of all container traffic in the world is carried out through the canal.

Photos posted on Saturday on China's Weibo social media platform depict a crashed truck on the Changchun-Shenzhen highway that has paralysed car traffic, stopped perpendicular to the roadway.

Similarly, on 23 March, a huge transport vessel owned by the Japanese company Shoei Kisen KK and leased from the Taiwanese transport company Evergreen Marine got stuck in the Suez Canal. Emergency services managed to re-float the ship on 29 March, but it's unknown yet when canal traffic will resume.

Despite the fact that the container on the Chinese truck is labelled Evergreen, the same company responsible for the stranded ship in Egypt, it’s not related to the Suez Canal’s blocking. However, netizens worldwide quickly noticed the coincidence, poking fun at the situation and posting memes.

🌊.. What are the chances of this Evergreen Ship in the Suez Canal 🇪🇬& Evergreen Truck in China 🇨🇳 “getting crossways”?? About like Biden beating President Trump in an “Honest Election”..⚓️🇺🇸 pic.twitter.com/Jr3S3kw2tW

We live in a simulation. pic.twitter.com/XUjKtsBQDp

China has entered the chat

I guess Russia is getting involved in the worst cosplay after China pulled their own Evergreen block today.

This Suez Canal masterpiece of incompetence is a gift that keeps on giving. pic.twitter.com/5eDsz8braa

​Some Twitter users drew attention to Ever Given’s damaged reputation. "I hope this company does not own planes?" a user commented.

What is the significance of evergreen consulting?