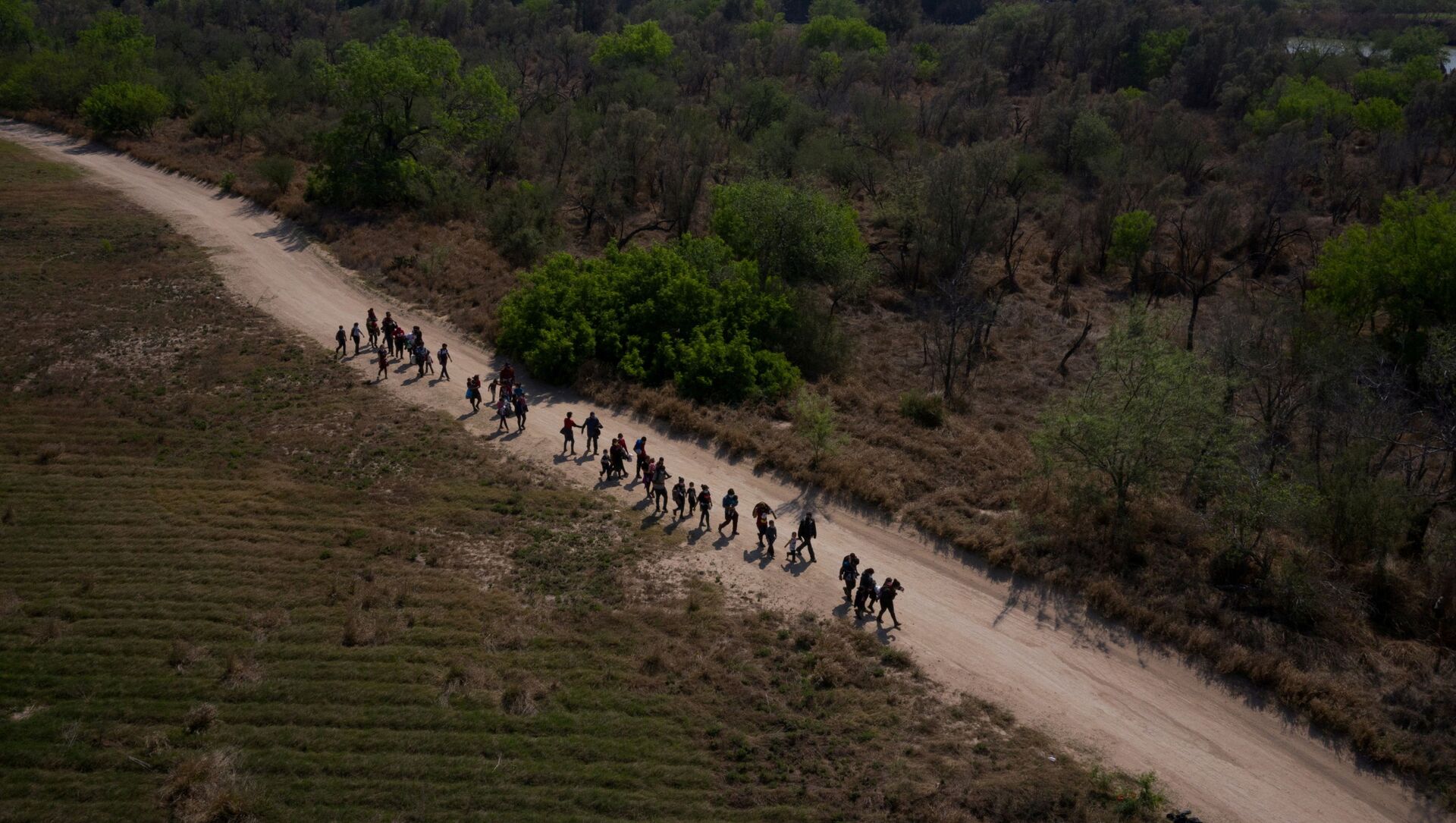 White House Communications Director Kate Bedingfield said that there's nothing unprecedented about the soaring number of immigrants hustling on the US border – instead, the official described the migration surges as “cyclical” and “not the result of one administration’s policies.”

“They [surges] are results of, for example a… weather disasters in the region, they are the results of people fleeing poverty and violence,” the official argued in an interview with ABC’s This Week.

“So we saw spikes in 2014, we saw them in 2019, when Trump administration had perhaps the cruelest imaginable policies in place – family separation - to try to deter people from coming and they still came,” Bedingfield went on.

When the ABC host tried to pressure the communications director into admitting that the problem was far more severe this time around, as over 18,000 unaccompanied minors are being held in US custody, she refused to agree.

Instead, the official maintained that the Biden administration was busy working on the best short-term and long-term solutions to fix the “unacceptable” situation.

“For these unaccompanied children who arrive the president is working as quickly as possible to move them into facilities that are acceptable… and he is working to re-build our system of diplomacy in the Northern Triangle [NOTE: Guatemala, Honduras, and El Salvador] so that people are not fleeing these countries coming to the United States,” Bedingfield added.

“That’s how we ultimately solve the problem.”

A recent report from the Department of Homeland Security leaked to Axios has shown that over 800 unaccompanied migrant children have been held in border patrol facilities for over 10 days as of Monday – although these custody shelters are designed for stays no longer than three days.

The surge in migrants is not expected to wane, the Department of Homeland Security said earlier this month.

Bedingfield, however, maintained to ABC that the Biden administration’s migration policies have not changed.

"The vast majority of people who arrive at our border we're turning away under Title 42, a health code that allows us to turn people away in this period of COVID,” she continued.

Title 42 policies do not apply to unaccompanied minors though, Biden earlier said.

Last month, US Congress introduced the massive 2021 US Citizenship Act as a part of Biden’s immigration reform. The legislation could potentially clear the path to citizenship for 11 million illegal immigrants currently residing in the US without documents. But some GOP senators who  travelled to the southern US border with Mexico this week said that there was no point in passing any immigration acts until the "border crisis" – as they put it – is resolved.