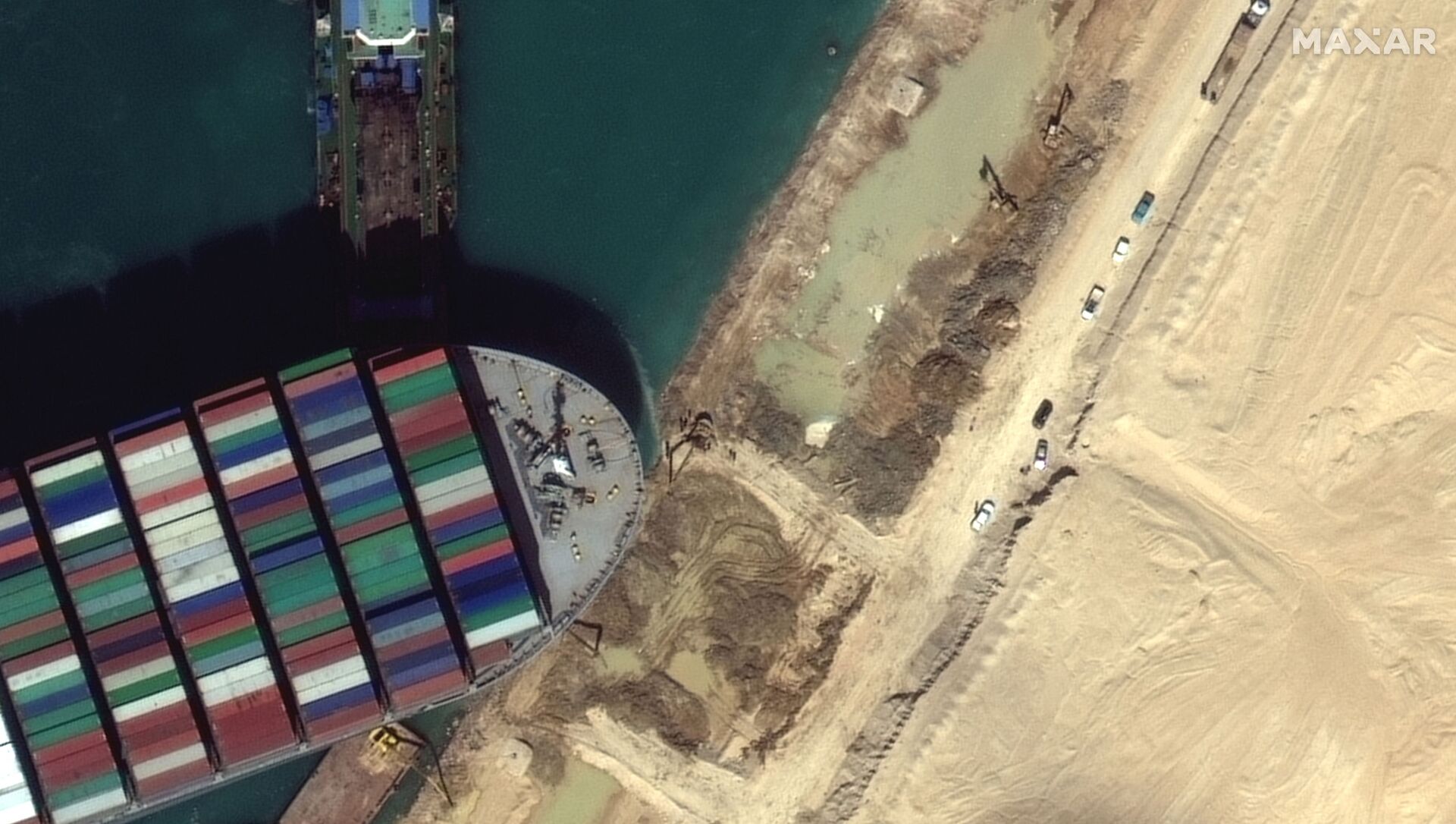 CAIRO (Sputnik) - Suez Canal workers and administrative staff will be working 24/7 after the waterway is unblocked, to transit all vessels now waiting for the Ever Given container ship to be moved, a source in the Gulf Agency Company (GAC), the canal’s operator, told Sputnik.

"Once the canal resumes its work, it will be operating around the clock to get all the ships waiting in line through," the source said, explaining that normally, all vessels are required to clear the Suez Canal by 23:00.

According to the source, the front part of the Ever Given has moved a little, but not enough to free the ship.

"We cannot give the exact timing of when the operation will end, it can happen at any time," the source told Sputnik.

Mohab Mamish, a former Suez Canal Authority chairman and adviser to Egyptian President Abdel Fattah Sisi told Al Arabiya that there were hopes that the ship would be released on Tuesday. Speaking to Sky News Arabia, Mamish said that containers were going to be unloaded from Ever Given on Tuesday if tug work fails.

According to GAC, there are now over 300 ships waiting to pass through the canal with more arriving hourly.

A Sputnik correspondent reported on Sunday that the blockage of the Suez Canal by the Ever Given container ship had caused a traffic jam of vessels that could be seen 65 kilometers (40 miles) from the canal's southern entrance in the Red Sea.

Osama Rabie, the head of the Suez Canal Authority, said on Sunday that at least 369 vessels were currently waiting to pass through.

On Friday, Ever Given’s operator, the Taiwanese Evergreen Marine Corporation, said it might take two or three days more to free the ship. The situation is complicated by the size of the vessel and the number of containers on it.

The 1,300-feet-long Ever Given, one of the largest boats in the world, has been stuck in the Suez Canal since Tuesday, when it ran aground in high winds on its way from China to the Netherlands. Several attempts have been made to move the 200,000+ ton ship, but none have so far succeeded.