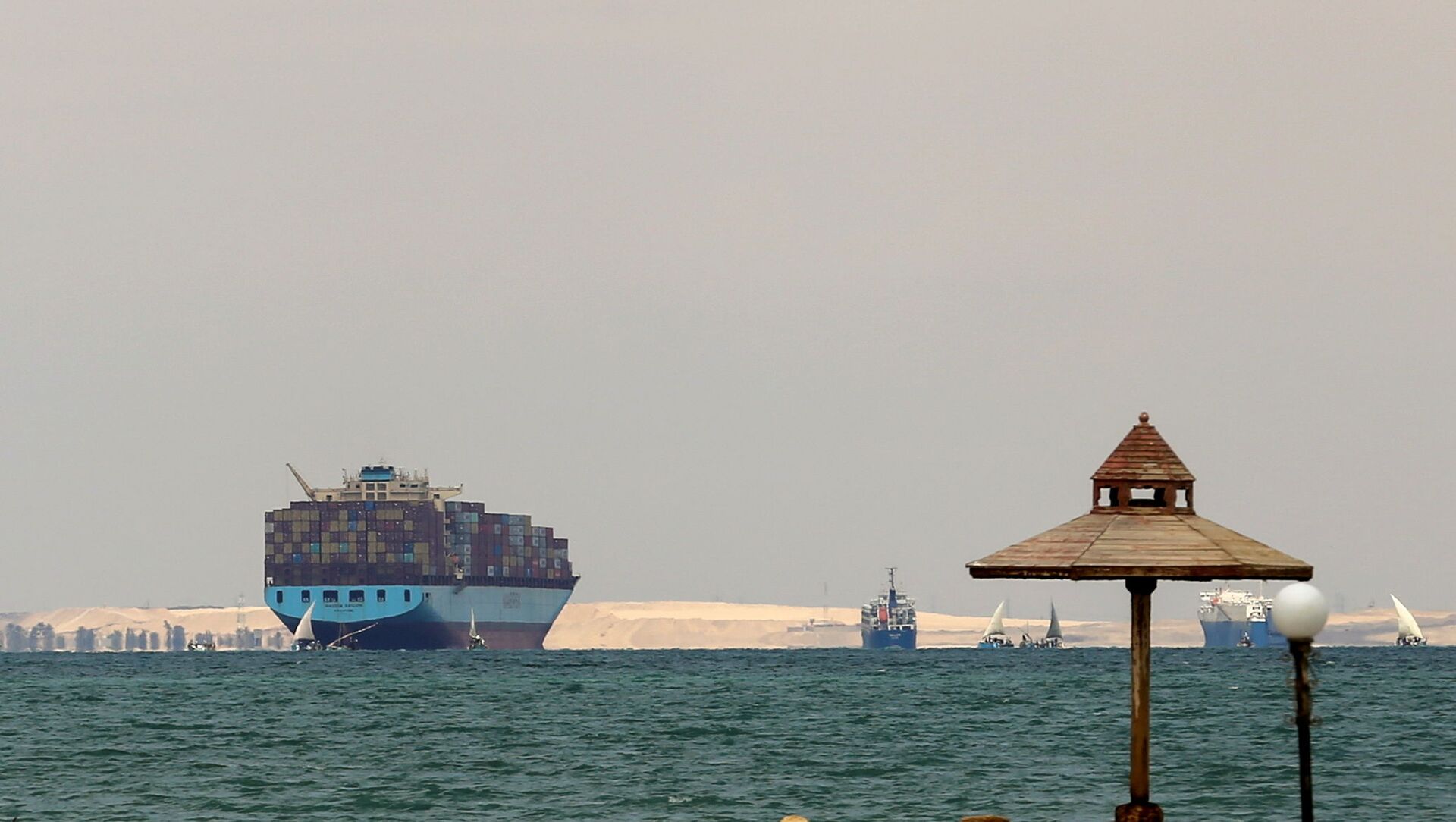 WASHINGTON (Sputnik) - The impact of the blockage of the Suez Canal by a giant container ship will be minimal, while oil prices may increase in the short run, Managing Director of Branko Terzic & Associates LLC, who used to serve as a commissioner on the US Federal Energy Regulatory Commission, said on Saturday.

"The will be limited effect in short term, the next week, however 8 percent of global LNG does use the Suez Canal. The LNG shipped through the canal is mostly Qatari LNG destined for Europe. Long term impacts will be minimal as it’s expected that the Suez will be cleared soon," Terzic said.

Terzic believes, however, that oil and gas prices can rise in the short run on any bad news such as any supply curtailment or demand reduction.

The Suez Canal has been blocked since Tuesday, when the 224,000-tonne and 400 meters-long (1,300 feet) container ship, Ever Given, ran aground on its way from China to the Netherlands amid strong winds and a sandstorm that affected visibility. Several attempts have been made to move it and the ship even budged a little on Friday.

When asked about possible consequences from the Suez canal crisis for the environment, such as oil spills or Water contamination, Terzic said, "These do not appear to be immediate problems in this crisis."

"The Ever Given stuck the Suez Canal is a container ship carrying supplies, equipment, and other dry goods," he explained. "No environmental impact is foreseen at this time."

Osama Rabie, the head of the Suez Canal authority, said earlier on Sunday that 369 vessels were waiting to pass through.

In the early hours of Sunday, a source in the Suez Canal Authority said that an attempt to move the stranded ship had failed, and another one would be made during high tide later in the day.

The head of the channel authority said Sunday that Egypt might ask other countries for help if some of the cargo needed to be unloaded off the ship.