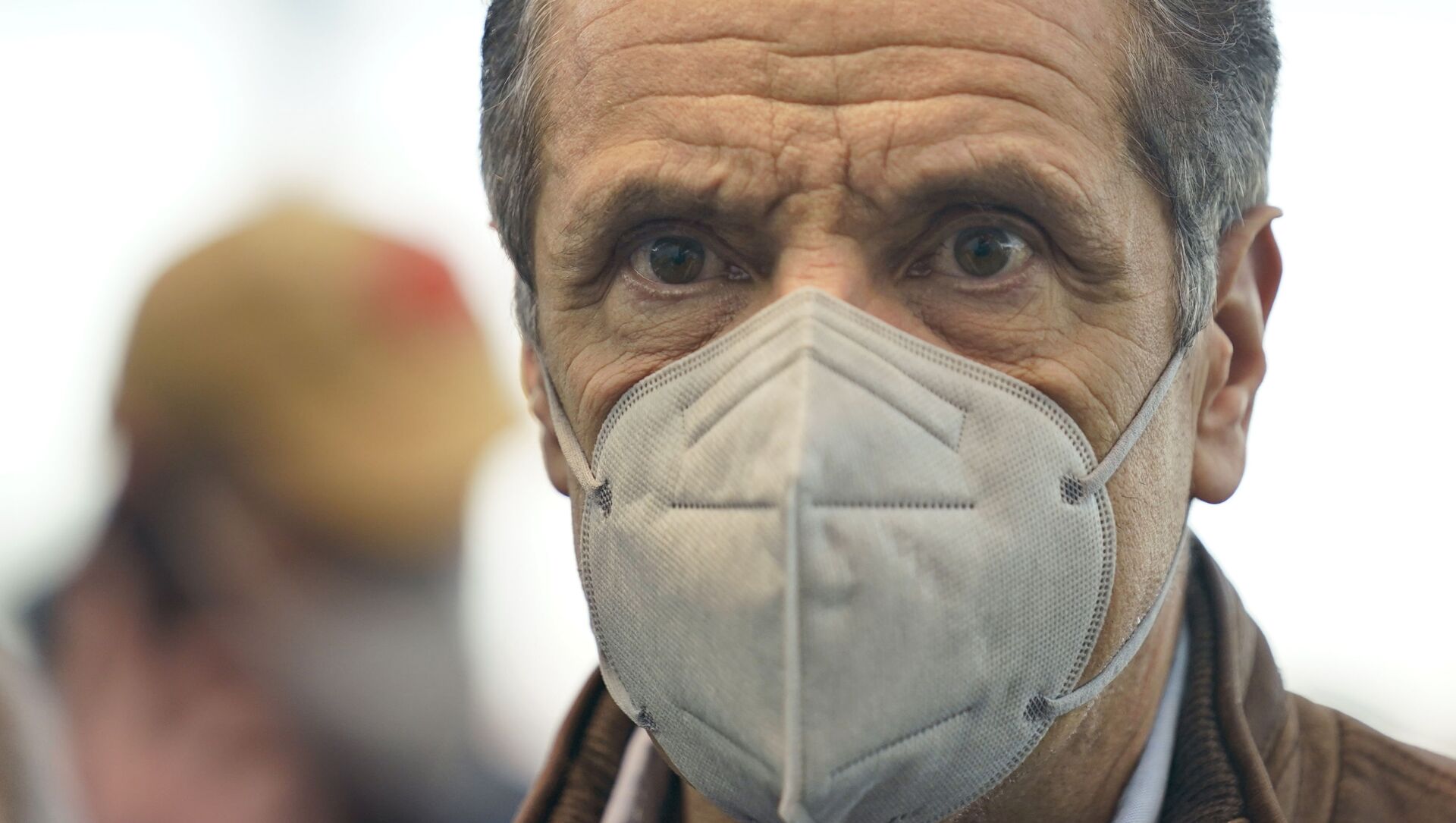 Arty Katkov
All materialsWrite to the author
Besides the harassment claims, the embattled governor also faces a review into the alleged misreporting of a large number of COVID-19 deaths that had occurred in nursing homes across the state last year.

Dozens of officials and aides in the Cuomo administration have been subpoenaed by the New York state attorney general’s office in an investigation into possible sexual harassment at the workplace.

The officials have been requested to produce documents as part of a sexual harassment investigation against the governor, The Wall Street Journal reported, citing people familiar with the matter.

The governor’s top aide Melissa DeRosa was among those who received the subpoena earlier in the month, the Journal says.

According to Ana Liss, a former aide to Cuomo and one of his accusers, she was asked about DeRosa’s behaviour in the workplace during an interview with the investigators, who were trying to figure out if she was targeted by DeRosa.

Paul Fishman, a lawyer representing Mr. Cuomo’s administration, told the outlet that there’s no surprise that the Attorney General’s office is interviewing witnesses and issuing requests for documents.

"That happens in every investigation, and it’s wildly premature to speculate what it means. Good, thorough, and fair investigations take time," he said.

Multiple women previously have come forward with accusations of groping, inappropriate touching, and verbal harassment at work by Andrew Cuomo.

Cuomo is facing bipartisan calls from New York lawmakers to resign and an ongoing impeachment investigation amid harassment allegations. The governor has repeatedly denied claims that he has ever “touched anyone inappropriately”.

Despite calls for resignation, Cuomo said he would not bow to political pressure and step down over the allegations, saying he was confident a state investigation would clear him of any wrongdoing.