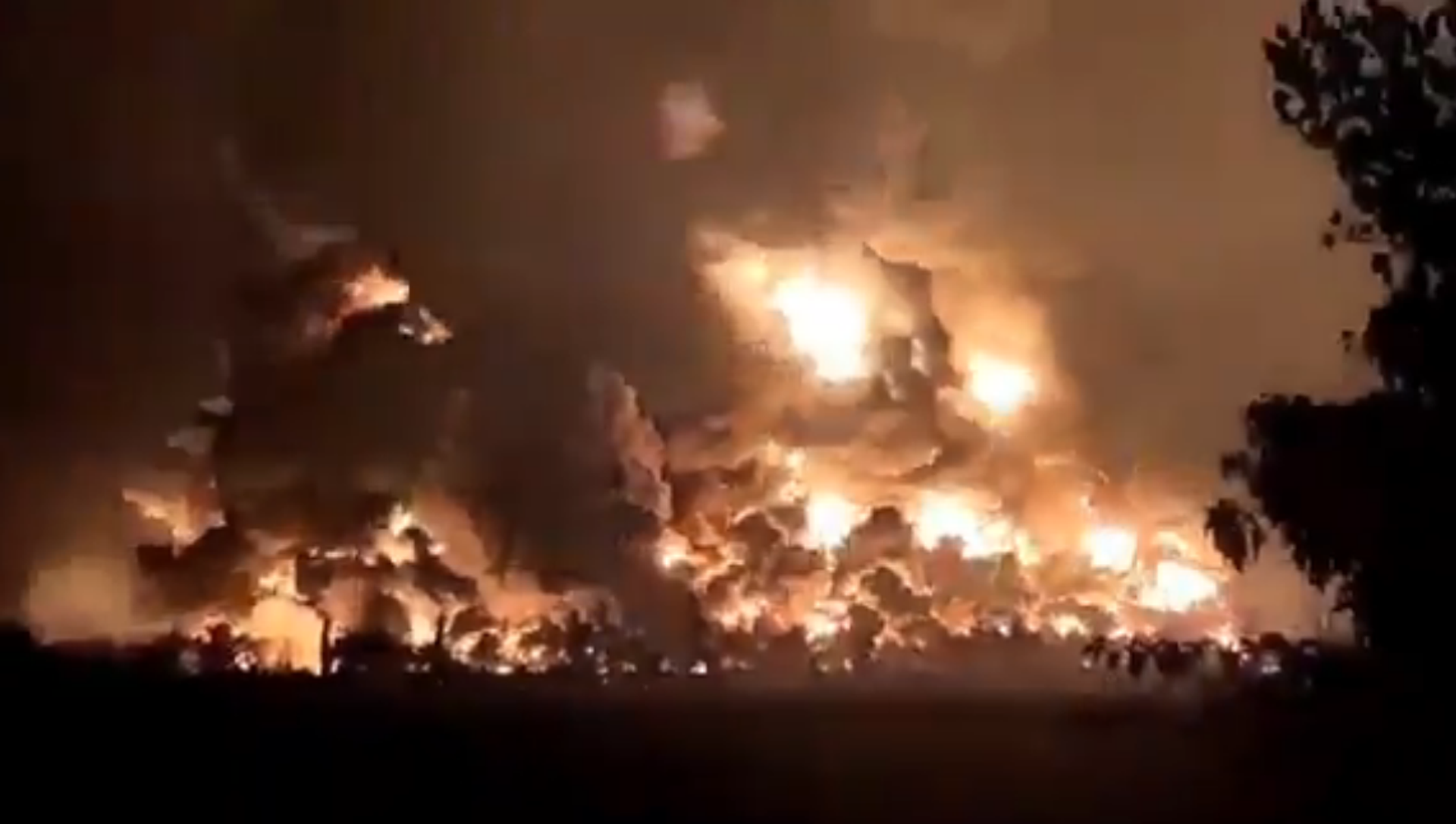 Daria Bedenko
All materialsWrite to the author
The cause of the explosion remains unclear, although Pertamina, the oil company that owns the Balongan refinery, highlighted in a statement after the incident that the blast occurred amid heavy rainfall and lightning.

A massive explosion at the Balongan oil refinery owned by the Pertamina company, an Indonesian state-owned oil and natural gas corporation, occurred in Indonesia's Indramayu area in West Java province on early Monday.

Four people, who were nearby when the blast occured, were injured in a fire that erupted after the explosion. They were hospitalized with burns, according to a statement issued by Pertamina.

The company said that the residents of neighboring districts were evacuated.

"It is estimated that currently there are around 200 residents who have been evacuated in the Pendopo of Indramayu Regency, around 400 people at the Indramayu Islamic Center and around 350 residents at the Bumi Patra Housing Sports Hall", the company said.

According to The Indonesia Antara news agency citing local emergency authorities, at least 20 people were injured in the fire, with five of them receiving serious burns.

The cause behind the massive blast remains unclear, although Pertamina outlined that "at the time of the incident, it was raining heavily, with lightning".

Corporate Secretary of Subholding Refining & Petrochemical, PT Kilang Pertamina Internasional, Ifki Sukarya, said that the road leading to the area of explosion has been blocked. The company also ensured "that the fuel supply to the public is not disrupted and is currently running normally."

Local media outlets, citing eyewitnesses, said the explosion was heard up to a radius of dozens of kilometers from the epicentre.

"Around 00.30 [local time] there was a very strong explosion. The residents' houses were shaking and some of them had broken glass", one witness told a local media outlet Teras Pendopo.

A video that captured the moment of the explosion emerged on social media.

JUST IN - Massive explosion at the Balongan oil refinery in Indonesiapic.twitter.com/zJ9zj61S7p

Another video of explosion at a oil refinery in #Indonesia's #Balongan.pic.twitter.com/6lgJ5jEsXo

Another Angle Of The Explosions From A Distance #Indonesia #Indramayupic.twitter.com/l4TaR6L1PA

​One Twitter user, who claims to live near the scene, shared a video filmed from her house. According to the user, her house "got a bit damage" due to the blast.

This is from my house pic.twitter.com/C1k0A6og7w

​Other photos shared online allegedly show damage done to one resident's house, with window glass seen smashed on the floor.

​Netizens also shared photos "from towns nearby" after the blast.

Photos from towns nearby #indonesia pic.twitter.com/qV67dZo35E

Evacuated residents were housed in several government-owned facilities. Twitter users shared some footage online, saying that the Indramayu Regency government has opened the Pendopo Indramayu for the evacuated people.

​​No further details were immediately available.