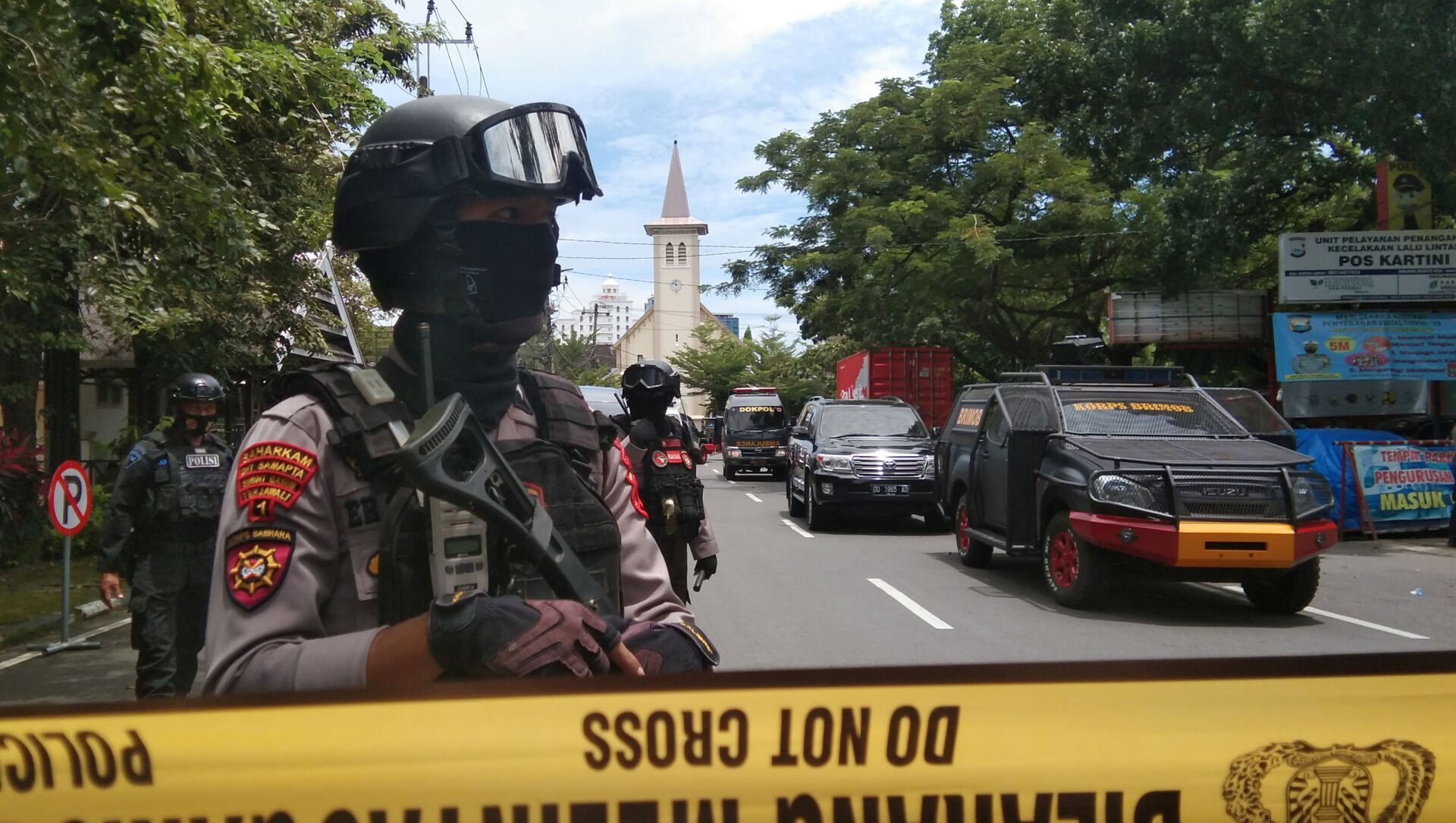 Daria Bedenko
All materialsWrite to the author
On Sunday, a blast occured outside a Catholic church in the city of Makassar located in the province of Southern Sulawesi, Indonesia.

Fourteen people sustained injuries in the suicide attack outside a church in eastern Indonesia on Sunday, the Xinhua news agency reported, citing police.

The blast broke out near the gate of the Sacred Heart of Jesus Cathedral in Makassar, the capital of the South Sulawesi province, during Sunday mass at 10:28 a.m. local time (02:28 GMT).

At the moment of the explosion, there were people inside the church, local media reported. Some body parts were reportedly found at the site, and several injured people were transported to hospital.

A video that allegedly shows the CCTV footage that captured the moment of the blast was shared online.

​The cause of the explosion was not immediately clear. However, local media reported, citing a witness, that several people had shouted that there was a "bomb" before the explosion.

​"Some shouted 'bombs' and there were some restaurant waiters whose clothes were stained with blood", one witness told CNN Indonesia.

The Russian Embassy in Indonesia said that, according to preliminary information, only the attacker was killed in the Sunday blast.

"In connection with the terrorist attack at the Christian church in Makassar, we are asking Russian citizens in Sulawesi (and everyone else too) to remain calm, not to visit crowded places, to follow police guidelines. According to preliminary data, so far, there is only the terrorist listed among the dead," the embassy said on its Telegram channel.