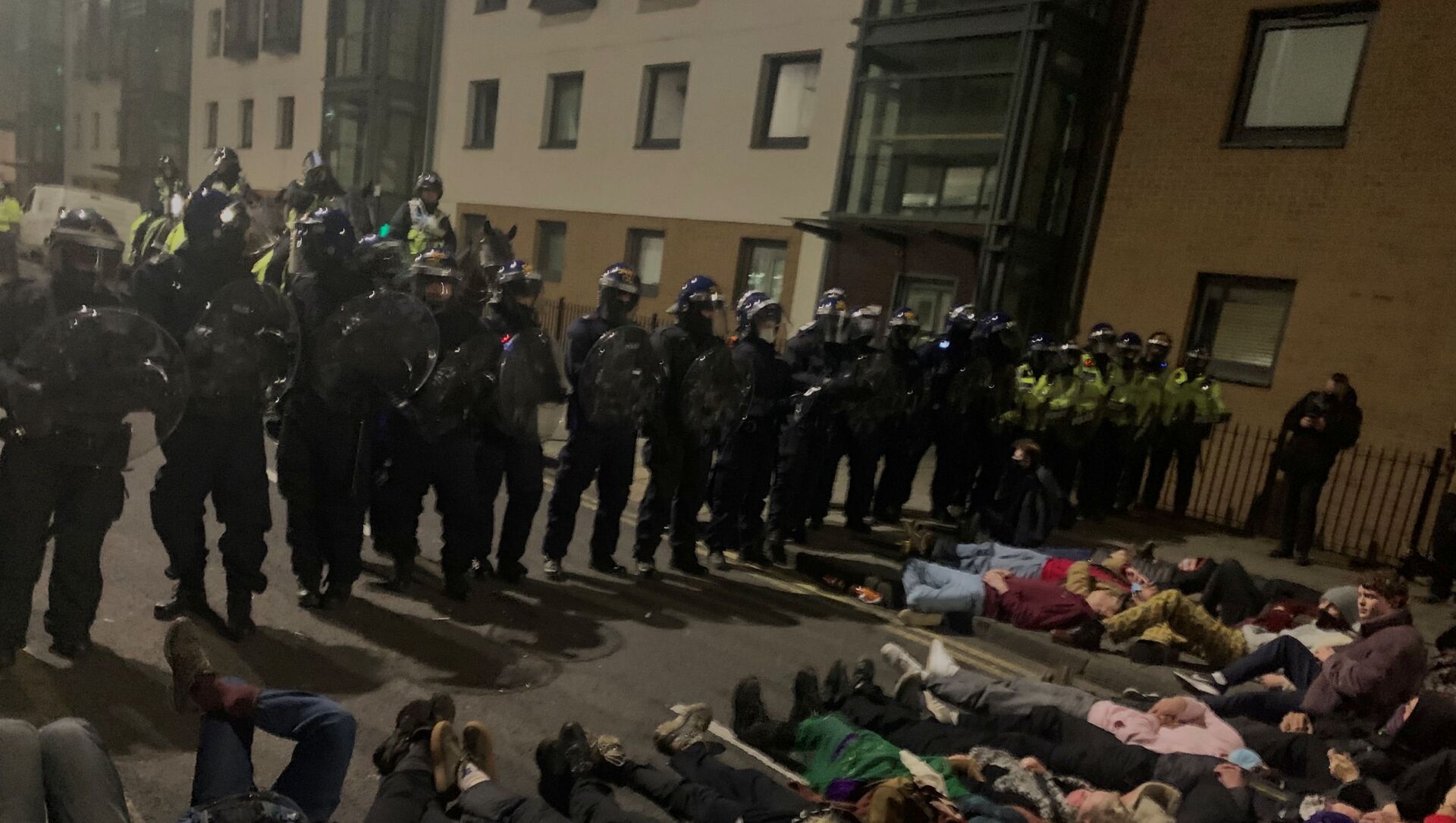 Jason Dunn
All materialsWrite to the author
The Police, Crime, Sentencing, and Courts Bill being pushed through parliament includes serious criminals being released half-way through their jail terms, as well as allowing up to ten-year sentences for "nuisance" protestors.

An ex-police chief issued a stark warning on Sunday that the UK's protest laws are moving Britain dangerously towards “paramilitary policing” and that lawmakers “flexing their muscles via their police forces” can be compared to the world's repressive regimes.

Currently passing through parliament, the Police, Crime, Sentencing, and Courts Bill will give further powers to officers to tackle protests, including protests that “intentionally or recklessly" cause "public nuisance” – defined partly as a “serious annoyance” or “serious inconvenience."

“I’m not in favour of even more restrictive measures. Surely after an historically unprecedented year-long curfew, in peacetime, the government could show some common sense and gratitude for such incredible forbearance to allow civil liberties to once again flourish," said Barton, who previously served as head of crime operations for policing across the country, and headed the Durham constabulary until 2019.

He then asked if the UK would be "happy to be linked to the repressive regimes currently flexing their muscles via their police forces?"

“Fortunately, in the UK we are not a paramilitary-style police force. But these powers dangerously edge in that direction. Police chiefs will be seen as the arbiters of what is and is not allowed when it comes to protest. Democracies thrive on protest. This government has condemned what has happened in the Ukraine but those same protesters would fall foul of our new laws."

Barton said the shift conflicted with the policing by consent arrangement, with law enforcement being “citizens in uniform” integrated within their communities as "police officers are telling people what to do, not negotiating with them."

“I don’t see anything wrong with the current laws. Protests sometimes means people are inconvenienced," he added.

Fahy, who was chief constable of Greater Manchester police and the former vice-chair of the police chiefs’ body, described the proposed laws as a mistake that policing in danger.

He accused the move as being "political driven" and pointed to the 1970s when trade unionists were nailed by the authorities.

“It is short-term and politically driven,” he said.

“It is a reaction to what happened with Extinction Rebellion and Black Lives Matter [protests], in the same way Ricky Tomlinson was a reaction to the industrial strife of the 1970s. Policing was drawn into a particular stance and pose."

He added that it reminded him of "the miners’ strike when policing was mobilised for a political reason."

"It took policing a long time to recover. Policing should be very careful not to be drawn into the situation of being arbiters of which protests can go ahead, and become stuck in the middle. The policing of protest can cause long-term damage."

Fahy continued, stressing that policing is "not always about the majority, sometimes it is about protecting rights of the minority. I’m not sure a mature democracy should have the police deciding which protests should go ahead."

Cops in a Bristol now chopping at protesters on the floor with their riot shields . Disgrace. #bristol #BristolProtest #killthebill pic.twitter.com/q2OIWqr1HB

​The new legislation also introduces a start and finish time for protests and establishes limitations on noise at static protests as well as on single-person demonstrations.

The comments come after 10 arrests were made on Friday during a “Kill the Bill” protest in opposition to the new proposed laws.

A report is scheduled to be published later this week about accusations against Metropolitan police officers of heavy-handed tactics at a vigil on Clapham Common for the late Sarah Everard earlier this month.

Officers were filmed grappling with women at the event, which led to calls for the resignation of Met commissioner Cressida Dick.

Home Secretary Priti Patel ordered a report, which is expected to come out on Monday or Tuesday from Her Majesty’s Inspectorate of Constabulary, which will determine if the response was necessary.