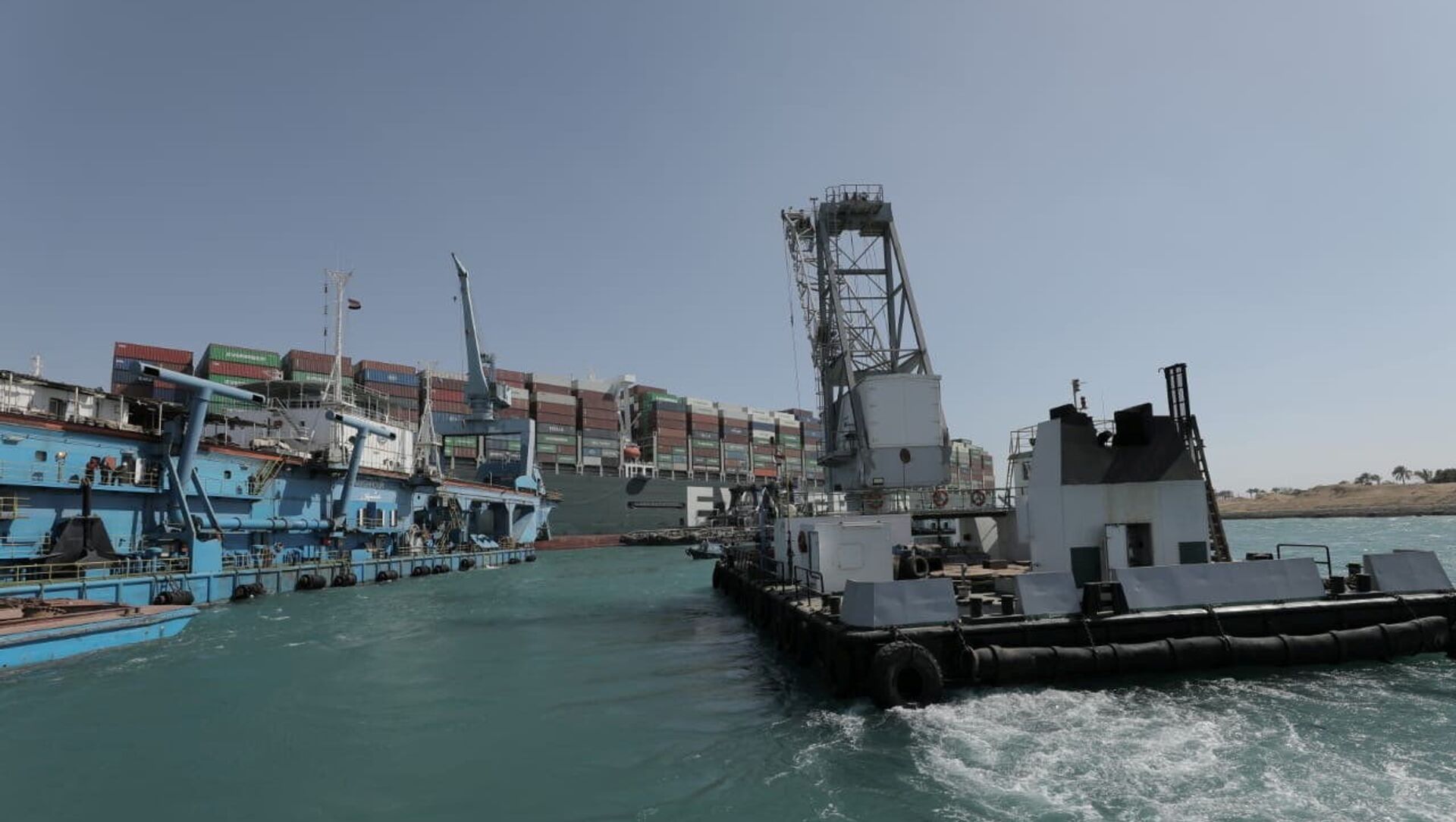 CAIRO (Sputnik) - Egypt is losing some $14 million per day due to the Suez Canal blockage as efforts to refloat the stranded container megaship continue, the head of the waterway authority told the national eXtra news channel.

"We are talking roughly about this figure," Osama Rabie said, when asked whether he confirms the loss estimate.

The official noted that President Abdel Fattah Sisi is personally monitoring the situation on a daily basis and shares his opinions and suggestions.

Speaking about ongoing efforts to unblock the vital water artery, Rabie did not rule that the operation would involve unloading containers from the megaship.

"If the first and second scenarios fail, you should think about the third scenario. The third proposed scenario is to deploy equipment so that if the need be to unload the cargo off the ship to ease the operation," he stated.

The Suez Canal has been blocked since Tuesday, when the 224,000-tonne container ship, Ever Given, ran aground on its way from China to the Netherlands. Several attempts have been made to move it and the ship even budged a little on Friday. As of Saturday, over 320 ships were queuing in the area to pass through.

In the early hours of Sunday, a source in the Suez Canal administration told Sputnik that an attempt to move the stranded ship had failed, and another one would be made during high tide later in the day.