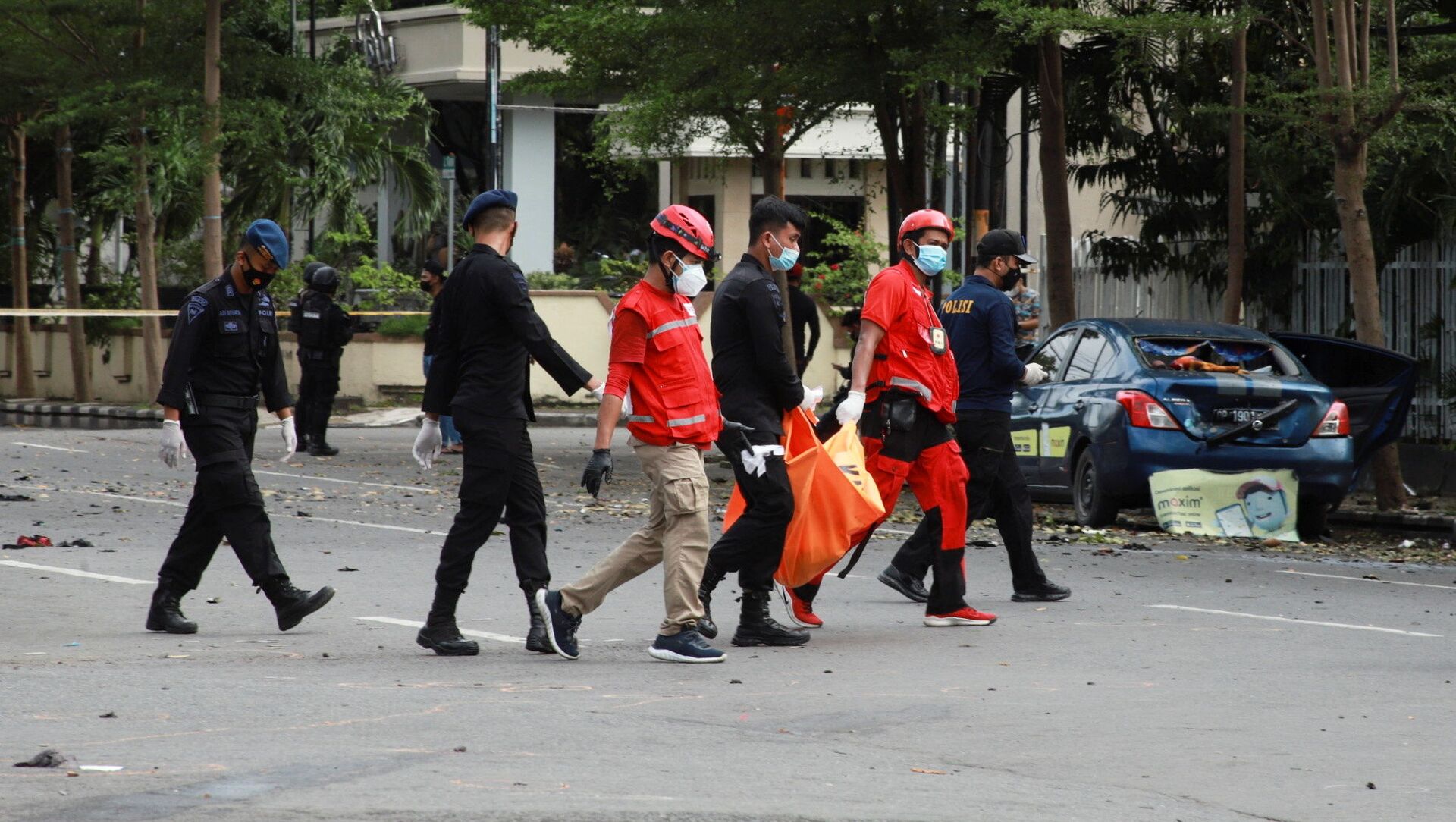 © REUTERS / STRINGER
Subscribe
International
India
Africa
Sofia Chegodaeva
All materialsWrite to the author
Some twenty people were wounded after an explosion outside a Catholic church in the Indonesian city of Makassar on Sunday.

The church attack in Indonesia was a suicide bombing, the country's chief security minister said, as quoted by AFP.

"A suicide bombing occurred at the cathedral church in Makassar...The two (bombers) died, "Mohammad Mahfud said during a press conference in the capital Jakarta on Sunday, according to AFP.

The minister added that about twenty people were injured in the attack which happened outside the Sacred Heart of Jesus Cathedral in Makassar, the capital of South Sulawesi province, during a service for Palm Sunday at 10:28 a.m. local time (02:28 GMT).

"There were two people riding on a motorbike when the explosion happened at the main gate of the church - the perpetrators were trying to enter the compound," National Police spokesman Argo Yuwono said, as quoted by BBC.

Churches in Indonesia, which is the world's biggest Muslim-majority nation, have been repeatedly targeted by extremists in the past decade. In 2018, dozens were killed in bomb attacks on churches and a police department in the city of Surabaya. Police blamed the attacks on the Jamaah Ansharut Daulah (JAD) group inspired by Daesh*. In 2002, the country saw its worst-ever terror attack when 202 people, most of them foreign tourists, were killed in an attack on a nightlife district in Bali. The Jemaah Islamiah militant network claimed responsibility for the deadly attack.