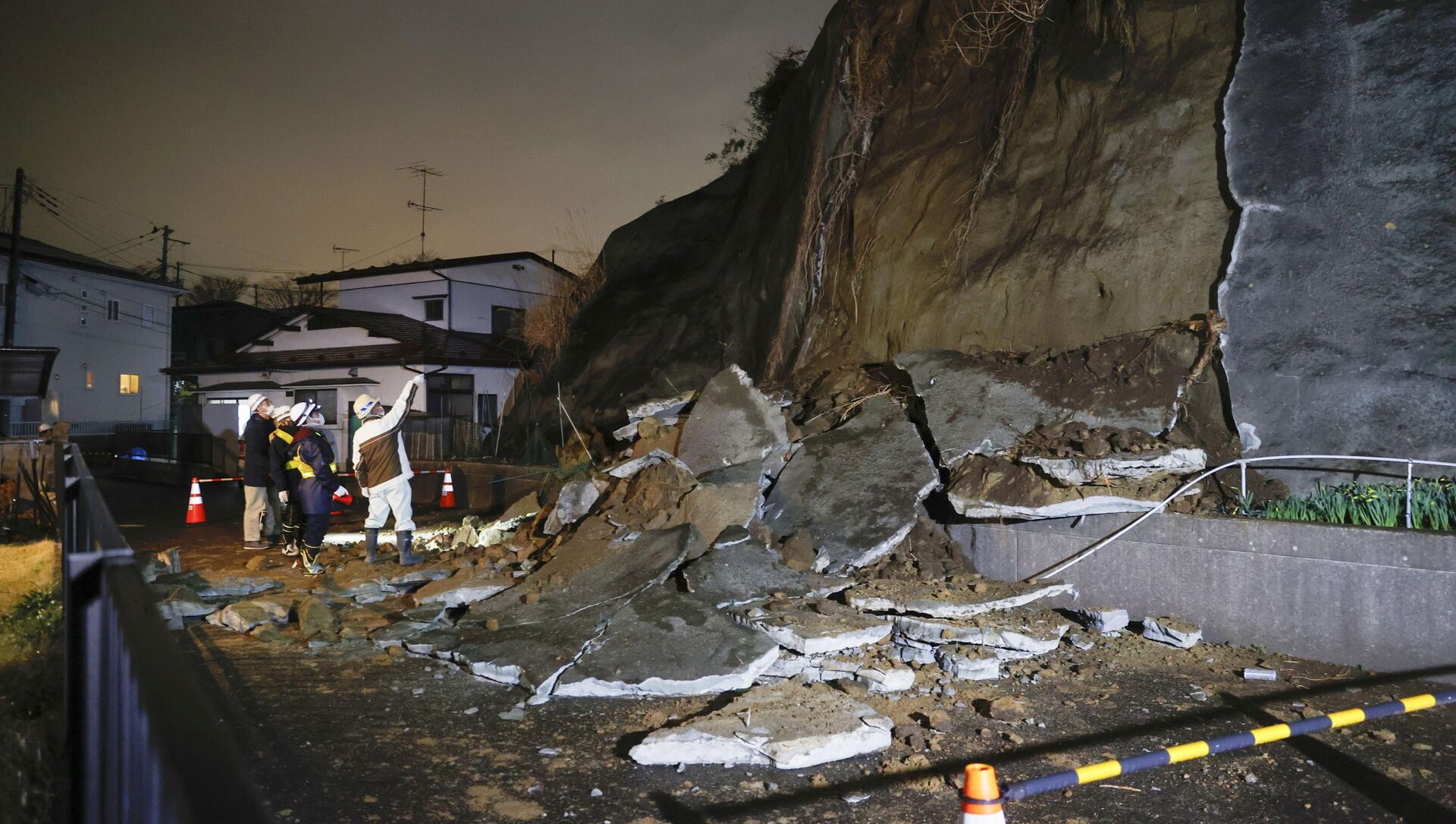 Andrei Dergalin
All materialsWrite to the author
The odds of a strong earthquake hitting Tokyo in the future are 47 percent, while the likelihood of such a disaster befalling Nagoya and Osaka stands at 46 percent and 30 percent, respectively.

A decade after the 2011 Tohoku earthquake rocked Japan, the risk of powerful tremors hitting the Pacific coastal areas of the country in the next 30 years remains high, The Asahi Shimbun reports.

According to the newspaper, the possibility Tokyo being affected stands at 47 percent –the findings released by Japan’s Headquarters for Earthquake Research Promotion show that the country’s northeastern Tohoku region “remains particularly vulnerable to quakes with intensities of lower 6 or stronger on the Japanese seismic scale of 7.”

The probability of a major earthquake hitting the cities of Nagoya and Osaka was rated at 46 percent and 30 percent, respectively.

This development comes in the wake of several aftershocks from the 2011 earthquake.

Naoshi Hirata, head of the Earthquake Research Committee, said the probability of a strong quake cannot be ruled out for any region of Japan.

"Residents should not let down their guard just because the probability for their area is low," he said at a news conference on 26 March. "There is always the possibility of a strong quake striking anywhere."

He also reportedly urged the public to remain vigilant and to do what they can to ensure that their homes are prepared for a strong quake.