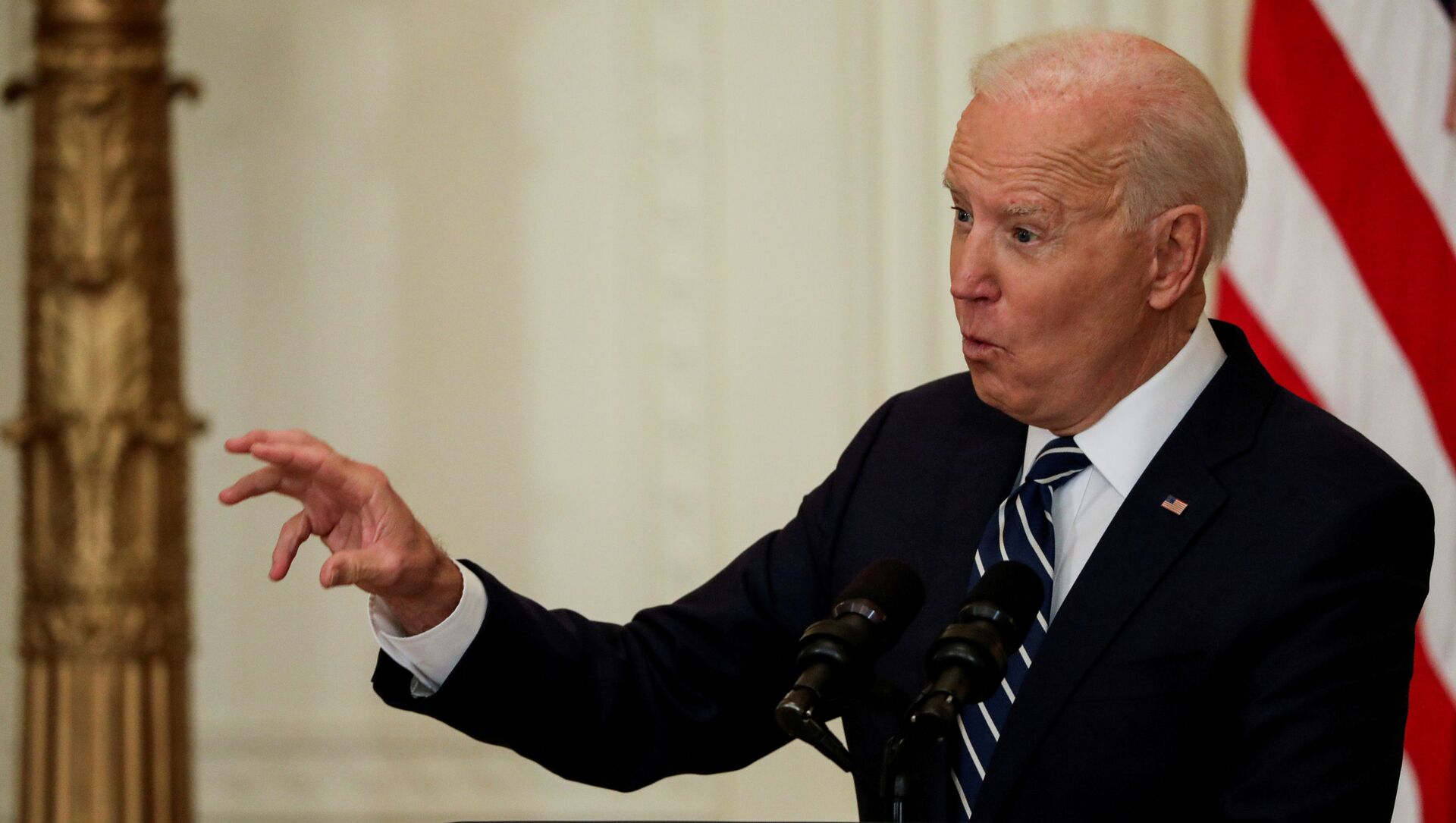 On 25 March, Joe Biden took questions from reporters for the first time since his inauguration in January. Dr Carole Lieberman, a board-certified psychiatrist and best-selling author based in Beverly Hills, California has analysed the performance of the 46th president amid growing speculation about his health.

Sputnik: Why do you think it is time to invoke the 25th Amendment after watching President Biden's first solo press conference?

Carole Lieberman: You probably have the same fairy tale - 'the Emperor has no clothes. It's the story of an emperor who walked down the street, he wanted to have these fine clothes and the tailors pretended they were making him a fine outfit. They were just playing a joke on him. He walked down the street parading and he was naked, he was wearing no clothes. And there was a little boy who cried out, “the emperor has no clothes”. Everybody else was pretending that everything was fine. That is kind of the situation that we have here, that...  now, of course, fewer and fewer people are pretending that everything is fine because after the press conference, it is obvious.

I am a psychiatrist, but you don't really have to be a psychiatrist after the press conference to see that there is definitely something wrong with Biden's thinking, his memory and so on. I called it before the election. I tried to warn people and I called it encroaching dementia. In other words, the early stages of dementia.

Sputnik: What signs of possible unwellness did you see during the speech? Is it something he said or is it his body language?

Carole Lieberman: It was a number of things. This has actually been getting worse over time. That is one of the most concerning things - that over the last six months or more, he has been having more of these signs.

For example, one sign is his eyes. He seemed to have a vacant stare when he was looking out at the audience. It didn't seem like he had... that there was something behind his eyes. Another example is sometimes he smiled inappropriately. Another example is - and he did this during the campaign - he would say, “where am I?” People took it yesterday, like, where am I trying to find the next person to call on, the next reporter and so on. But he has used that expression, 'where am I?' lots of times. And some of the times was where he actually literally looked lost, physically lost, disoriented.

Since his election, he has continued to talk in some of his speeches, off-the-cuff speeches. This is the first press conference, but he has said at other times, things that make it seem like... ‘I'm running’. For example, yesterday he said ‘I'm running for three reasons’. And he talked about transparency and rebuilding the backbone of America, uniting the country and so on. But - I'm running? He already ran and he is president.

It's very disturbing. I feel very sorry for him. I feel very concerned for America. I think we need someone who is more aware. 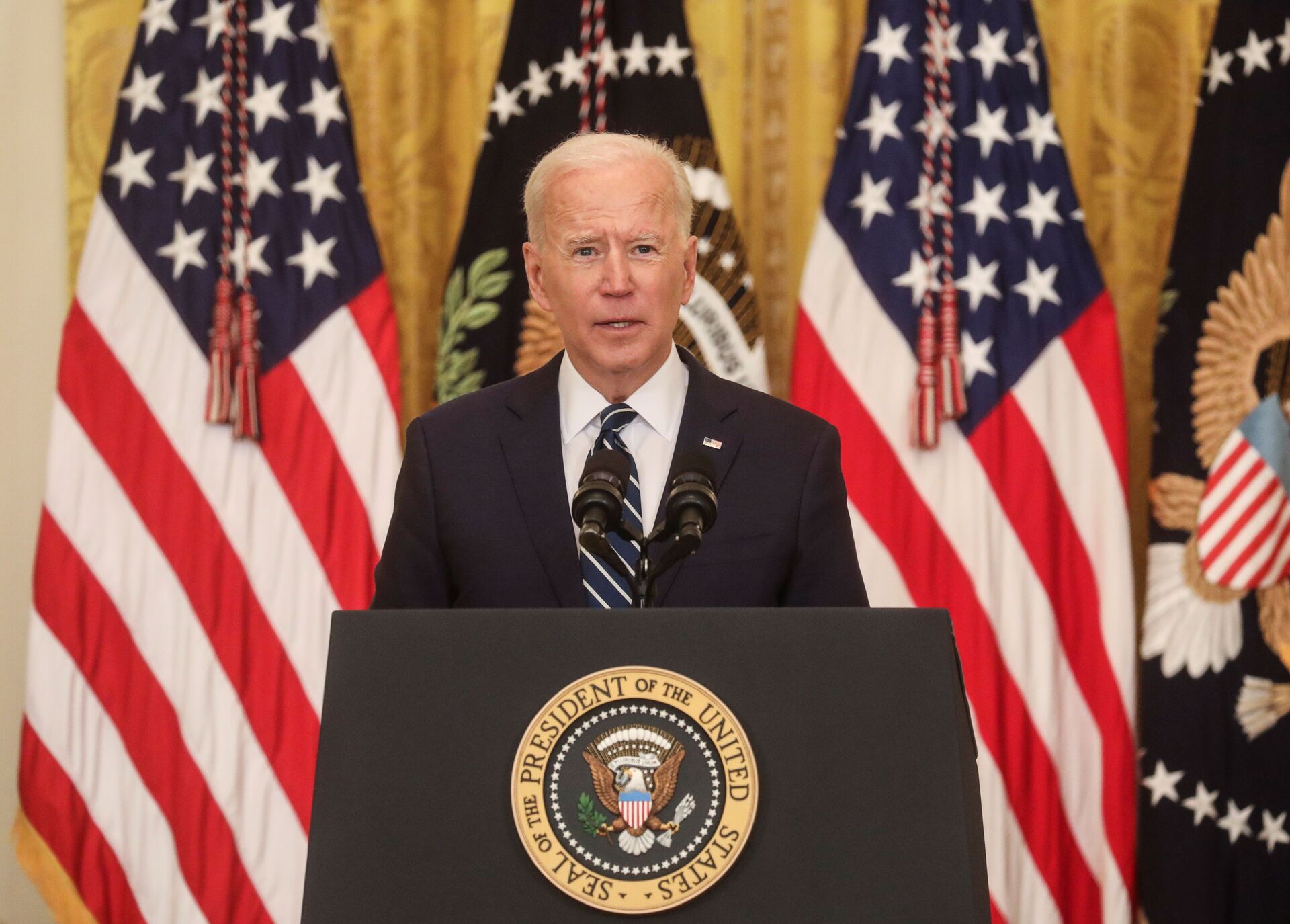 When you’re the president of the United States or when you're the leader of any country, you have to be able to hold in your mind a lot of abstract concepts, a lot of information at once, and a lot of different concepts of how things interact with each other. When you have some kind of cognitive impairment, it's particularly hard to think like that. That's a particular type of thinking that is very hard. It's very hard for anybody. If you have cognitive decline, that is one of the things that goes first or is particularly impacted. Fortunately, he is not the only one running the country. He is the president. There is a vice president. There is a Congress. There are lots of other people in Washington, DC who are in charge of running the government or different aspects of the government. But it was an embarrassment to himself and to the country. I feel it's a very awkward position to be talking about this to someone from another country. But I don't think I'm really telling any big surprises because I think anybody watching that, maybe they don't know how to put it in the exact language that I'm talking about. But people could see, and you don't have to be a psychiatrist, you don't have to be an American to see that he was having problems, he was stumbling. And to see that this is just a continuation, a worsening of what he's been having for months and months.

Sputnik: While using notes during press conferences is hardly unprecedented, Biden's cheat sheet had names and pictures of reporters, with some correspondents' pictures having numbers next to them. Do you believe the conference was ‘scripted’?

Carole Lieberman: The last time he gave a talk - not a press conference, but a statement to the world, to America, he used a teleprompter and he seemed to be having trouble seeing the teleprompter. He was squinting a lot. And I think maybe ... First of all, you can't really have a press conference with a teleprompter. First of all, the reporters would be able to see what's written on it. They resorted to a cheat sheet to these papers and, yes, with photographs. He might not be expected to know all the reporters names and what they look like, but there was a lot more than that on his cheat sheet. And again, not that you're supposed to necessarily have to remember every fact and figure - he didn't know exactly what he was going to be asked. Although, yes, there are hints that some people are saying that he might have known at least some of the questions in advance. I don't know that for a fact, but you don't want the president or the leader of your country to be using a cheat sheet.