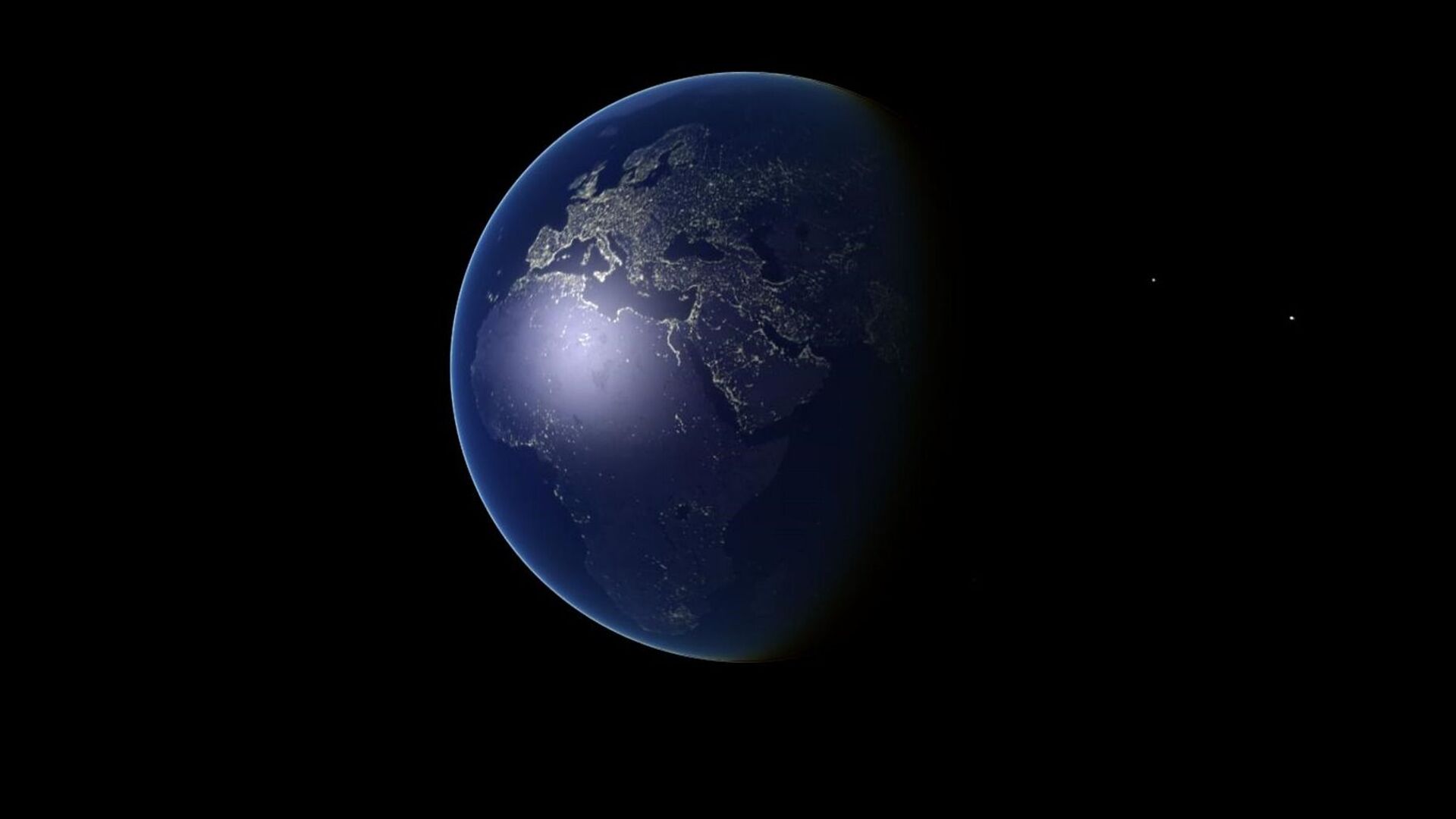 Andrei Dergalin
All materialsWrite to the author
The researchers argue that certain large masses located deep underground may be the product of a prehistoric planetary collision.

While the so-called giant impact hypothesis postulates that an ancient Mars-sized planet called Theia collided with Earth about 4.5 billion years ago, with some of the debris produced by that collision coalescing into what eventually became the Moon, a team of researchers now suggests that parts of that hypothesised alien world may still remain beneath the surface of our planet.

The scientists point at the existence of the large low-shear-velocity provinces (LLSVPs) – two gigantic masses located deep below ground.

But while previous theories suggested that these masses were, for example, "parts of the Earth’s core which has broken away", as the Daily Express points out, researchers now argue that these may be the results of the aforementioned planetary collision.

"The Giant Impact hypothesis is one of the most examined models for the formation of Moon, but direct evidence indicating the existence of the impactor Theia remains elusive," Qian Yuan, a PhD candidate studying mantle dynamics at Arizona State University, explained in the materials presented at the Lunar and Planetary Science Conference. "We demonstrate that Theia's mantle may be several percent intrinsically denser than Earth's mantle, which enables the Theia mantle materials to sink to the Earth's lowermost mantle and accumulate into thermochemical piles that may cause the seismically-observed LLSVPs."

The researchers further argued that simulations of the aforementioned impact event "suggest that at least some intact pieces of Theia’s mantle may have persisted in the Earth’s mantle throughout Earth’s history".

"The primitive materials may [originate] from the LLSVPs, which is well explained if the LLSVPs preserve Theia mantle materials that are older than the Giant Impact," the team states.