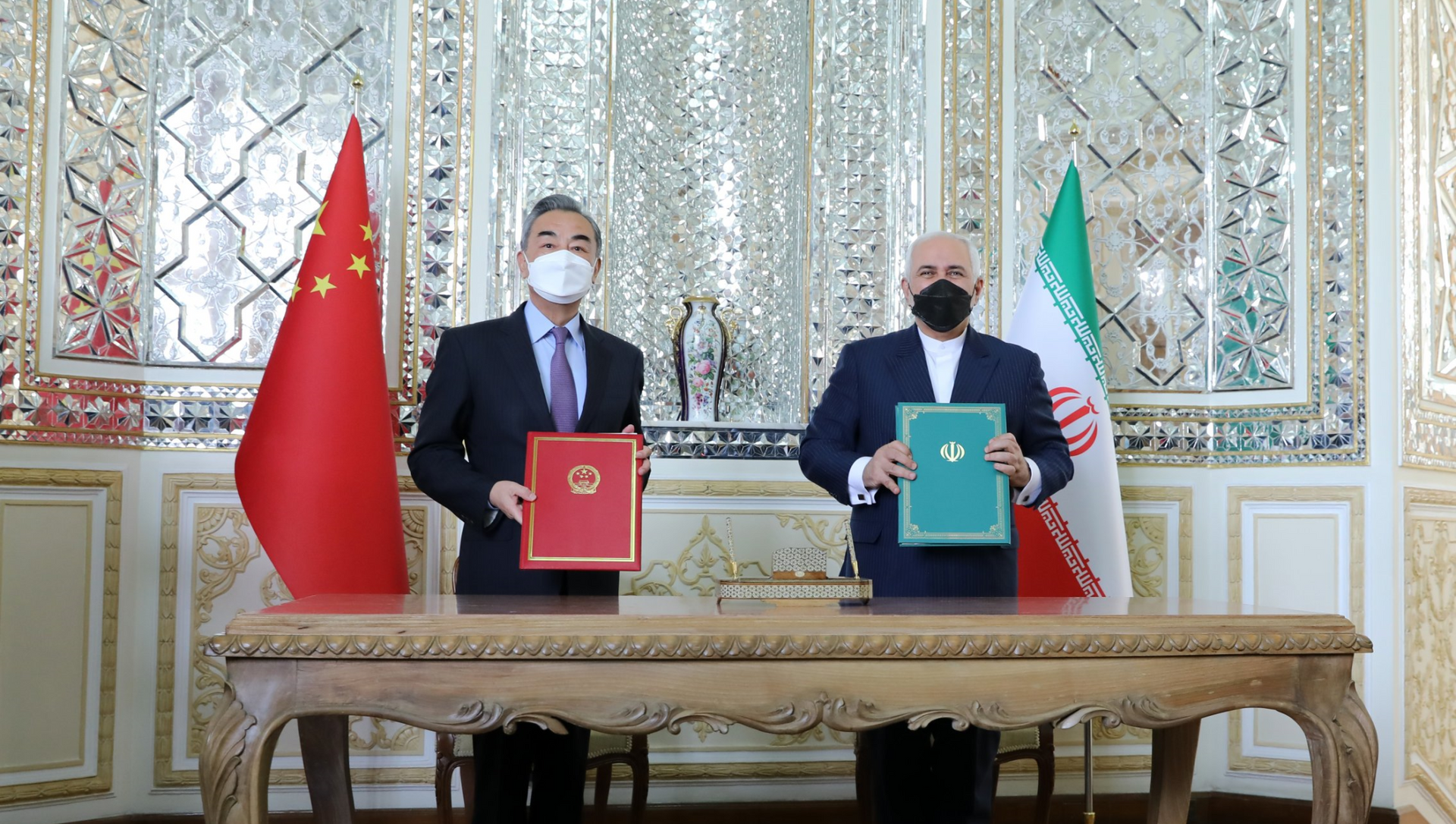 Ilya Tsukanov
All materialsWrite to the author
The signing ceremony came after years of intense behind-the-scenes negotiations, with Chinese President Xi Jinping first proposing a draft version of a comprehensive agreement with Tehran during his 2016 visit to Iran.

#Iran FM @JZarif and #China FM Wang Yi signed the 25-year partnership document today in Tehran. Per officials of both countries, the document is a roadmap that pushes Iran-China relations to a comprehensive and strategic level. pic.twitter.com/kAYhhDoiJF

The comprehensive agreement, signed in Tehran on Saturday, consists of 20 articles, and although details of the pact have yet to be provided, local media indicates that it likely covers everything from political and cultural ties to “security and defence” and “regional and international” cooperation.

The deal reportedly envisions increasing bilateral trade over 10-fold to $600 billion per year, and promises Iran Chinese investment of as much as $400 billion into the Middle Eastern nation’s oil, gas, petrochemicals, renewable energy and nuclear energy infrastructure, with Tehran committing to becoming a major reliable source of energy for Beijing.

The accord also brings Iran into the grasp of Beijing’s Belt and Road infrastructure scheme – an ambitious scheme worth the equivalent of over $1 trillion aiming to link China to Europe and Africa via a series of new land- and sea-based infrastructure projects across dozens of nations.

Iranian President Hassan Rouhani praised the signing of the agreement on Saturday, expressing gratitude to Beijing for its support for Tehran in the international arena in the face of unilateral US sanctions, including insofar as the Joint Comprehensive Plan of Action nuclear deal is concerned.

Rouhani went on to suggest that the US military presence in West Asia is the root cause of regional instability, and stressed the importance of collective efforts by regional parties to ensure regional security – including via Iran’s proposed Hormuz Peace Initiative mechanism.

Foreign Minister Zarif called the agreement a “historic 25-year strategic roadmap,” and said he and Foreign Minister Wang had an “excellent exchange on expansion of global, regional and bilateral cooperation in the context of our comprehensive strategic partnership.”

Wang echoed the Iranian officials’ sentiments, saying “relations between the two countries have now reached the level of strategic partnership” and that “China seeks to comprehensively improve relations with Iran.”

The foreign minister added that China’s ties with Tehran “will not be affected by the current situation, but will be permanent and strategic,” noting that “unlike some countries,” Iran “does not change its position because of a phone call.”

Independent investigative journalist Ben Norton called the deal “huge,” characterising it as “the nail in the coffin ending US imperialist hegemony over West Asia.”

This is huge. It's the nail in the coffin ending US imperialist hegemony over West Asia:

Dumping the Dollar: Will China, Russia, Turkey, and Iran Create a New International Currency?
A draft version of the agreement is thought to have been leaked by the New York Times last year, envisioning security cooperation, intelligence sharing, joint drills, and dramatically expanded economic ties. Tehran did not confirm the authenticity of the leaked document at the time, but admitted that it was indeed negotiating a major 25-year strategic partnership agreement with Beijing.

Last month, after the Biden administration made clear that it would not lift sanctions and return to the nuclear deal unless Iran dramatically reduced its uranium enrichment activities, Iranian Supreme Leader Ali Khamenei announced that “the post-US era” had begun.

The post-U.S. era has started.