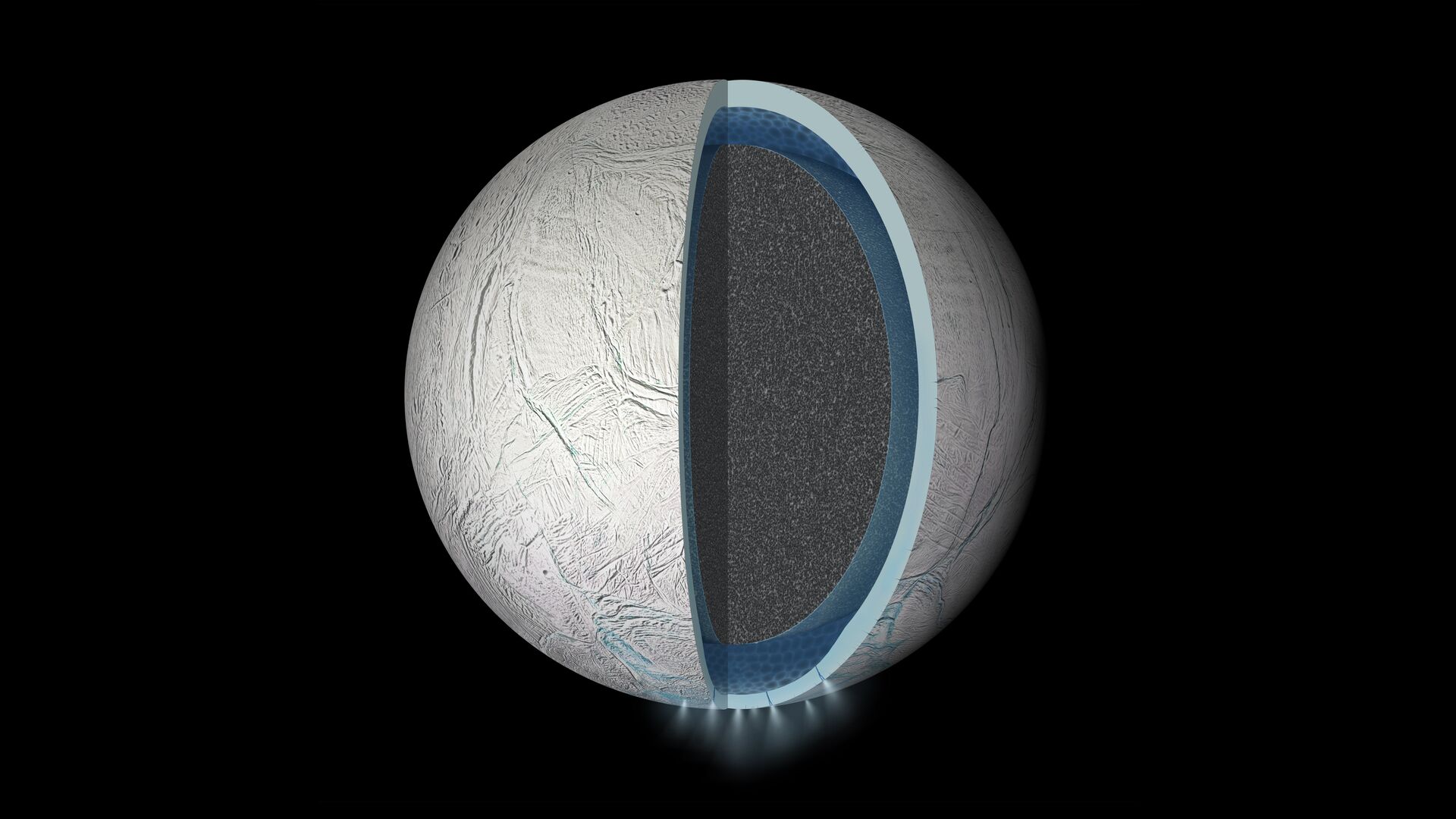 © NASA . JPL-Caltech
Subscribe
International
India
Africa
Max Gorbachev
All materialsWrite to the author
The small, celestial body is covered in kilometres of ice, which makes its surface the most reflective in the Solar System. The presence of water below the icy surface and several chemical ingredients makes Enceladus one of the most desirable satellites for scientists to study in their search for extraterrestrial life.

Saturn’s moon Enceladus has ocean currents similar to those on Earth, claims Ana Lobo, a graduate of the California Institute of Technology. The assumption challenges the present theory that the ocean is homogenous. In her hypothesis Lobo relied on data obtained by the Cassini probe - which examines Saturn and its system, the planet’s ring and satellites - as well as on the work of her colleague Andrew Thompson, professor of environmental science and engineering.

Just like the oceans on Earth, the one on Enceladus is salty. Lobo claims that variations in salinity could serve the driving force of currents on Enceladus just as they do in Earth's Southern Ocean.

Cassini previously showed that the ice on Enceladus has variable thickness – it is thinner at the poles than at the equator, which scientists believe has to do with melting and freezing of ice and, according to Lobo, might affect the ocean's currents. "When salty water freezes it releases the salt and makes the surrounding water heavier, causing it to sink," she says. The opposite happens when ice melts.

"Knowing the distribution of ice allows us to place constraints on circulation patterns," Lobo explains.

A computer model showed that that the regions where thickness of ice varies may be connected by the ocean currents.

Why is this Important?

Enceladus is one of the most important targets for scientists in the search for extraterrestrial life. Another candidate is Jupiter’s moon Europa, which reportedly has more water than all of the Earth’s oceans. However, in order for a celestial body to sustain life there have to be several chemical ingredients - carbon, hydrogen, nitrogen, oxygen, phosphorus and sulphur. Cassini showed that Enceladus has nearly all of these ingredients. Moreover, it is thought that it has deep-sea hydrothermal activity previously known to exist only on Earth.

NASA is at present testing a prototype of a robot called Buoyant Rover for Under-Ice Exploration (BRUIE), which the space agency plans to send to Enceladus and Europa to search for extraterrestrial life.