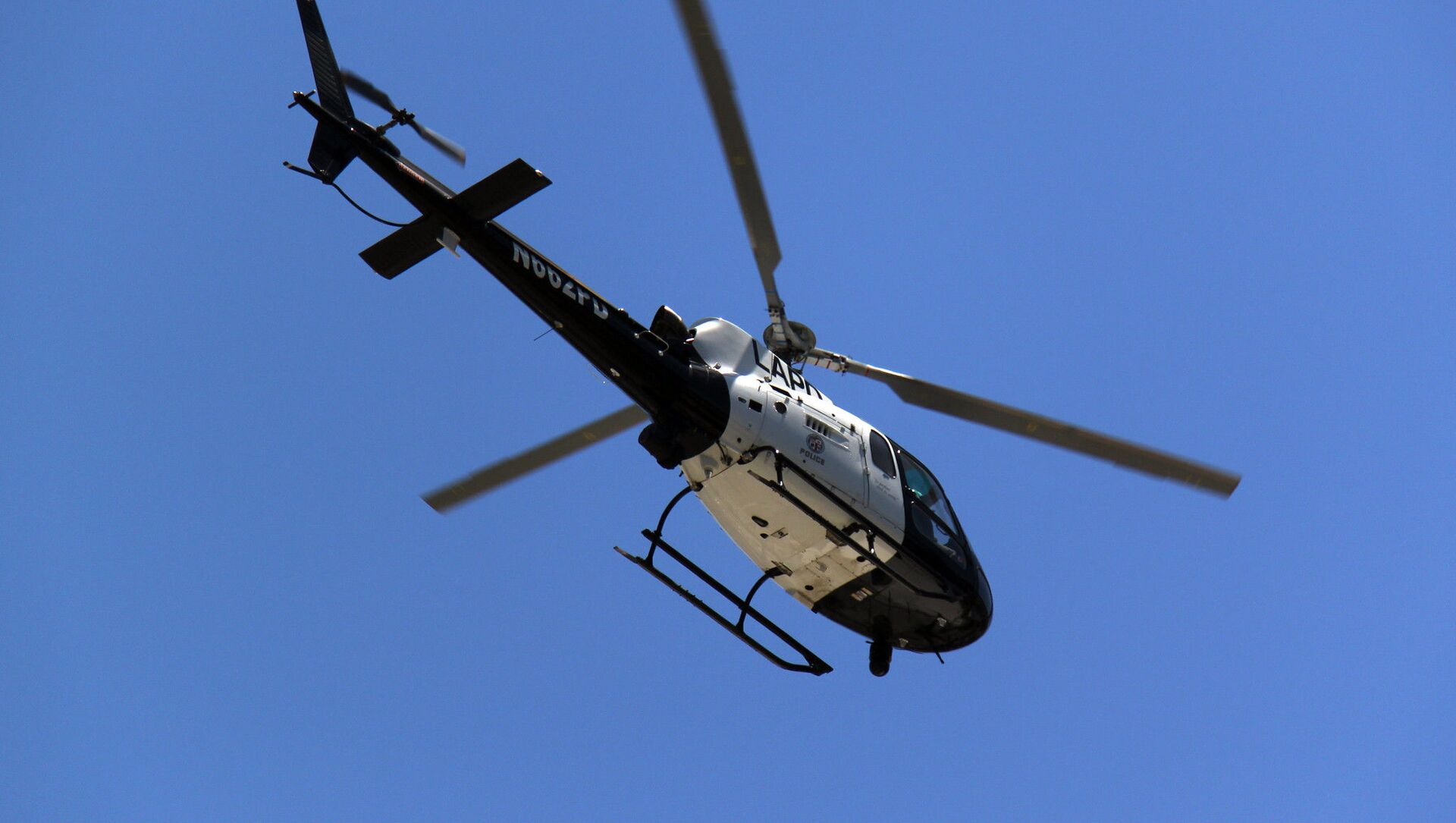 Morgan Artyukhina
All materialsWrite to the author
The Los Angeles Police Department’s (LAPD) huge fleet of 17 helicopters plays such a prominent role in its patrolling of poor Black and brown communities, the choppers have been nicknamed “ghetto birds” by locals who always see one when they look up.

Amid a tense protest at a Los Angeles, California park on Wednesday night, a group of helicopter pilots joked over the radio about dumping their fuel on the crowd and setting it alight. Now, the state’s inspector general is set to investigate whether the comments were made by LAPD officers.

On March 24, hundreds of demonstrators gathered outside Echo Park Lake to protest the planned removal of more than 100 homeless people from a longstanding encampment in the park. That night, an estimated 400 LAPD officers in riot gear surrounded the protesters in a “kettle,” firing non-lethal rounds into the crowd and arresting more than a dozen people, with people noting they seemed to be specifically targeting legal observers and journalists. After dispersing the crowd, the officers set about evicting the park’s tenants.

This shotgun shoots a “Supersock” munition, which is a canvas bag filled with lead shot. Deadly from close range. #EchoParkRiseUp https://t.co/lFwkKr3ZKF pic.twitter.com/KrkJxtAAw1

​Meanwhile, protesters counted at least six LAPD helicopters circling overhead throughout the night. One person listening in on the radio channel noticed at about 11:20 pm that night a worrisome exchange:

“Great when they put the fuel dumps on these helicopters,” one pilot can be heard saying.

“I would have dumped it on Glendale Boulevard a long time ago,” a second pilot said, referring to one of the roads that borders the park.

“I’ll bring the match,” the first replies to chuckling.

​At first, the observer, whose name on Twitter is given only as “joe,” believed the chatter must have come from LAPD pilots. However, they later noted in replies to the original tweet that “it has been brought to my attention that this audio may have come from a news chopper instead of LAPD. Apologies as I genuinely believed this was recorded from LAPD when first posting this. I have been trying to verify the exact source of the audio since this concern was raised to me but have not been able to so far.”

Twitterers brought the clip to the attention of the California Inspector General’s Office, which responded on Thursday it had “received and forwarded” the recording to its Complaint Section.

Received and forwarded to staff in our Complaint Section for additional handling. Thank you.

​TMZ also put the question to the department directly, reporting on Friday that LAPD claimed it had investigated and “definitively determined” the chatter wasn’t from LAPD employees.

The LAPD’s helicopters, the largest chopper fleet of any police department in the world, are reportedly a notorious menace for city residents. The outlet Knock LA, which reports on the activities of the city’s police, noted recently that residents in predominantly black areas of the city have seen a pronounced uptick in helicopter overflights above their already-higher-than-normal frequency, which the department associates with increased effectiveness at preventing crime and increasing arrests.