Hong Kong Flu And COVID: How 'No Lockdown' Harold Wilson Proved to Be Better PM Than Boris Johnson 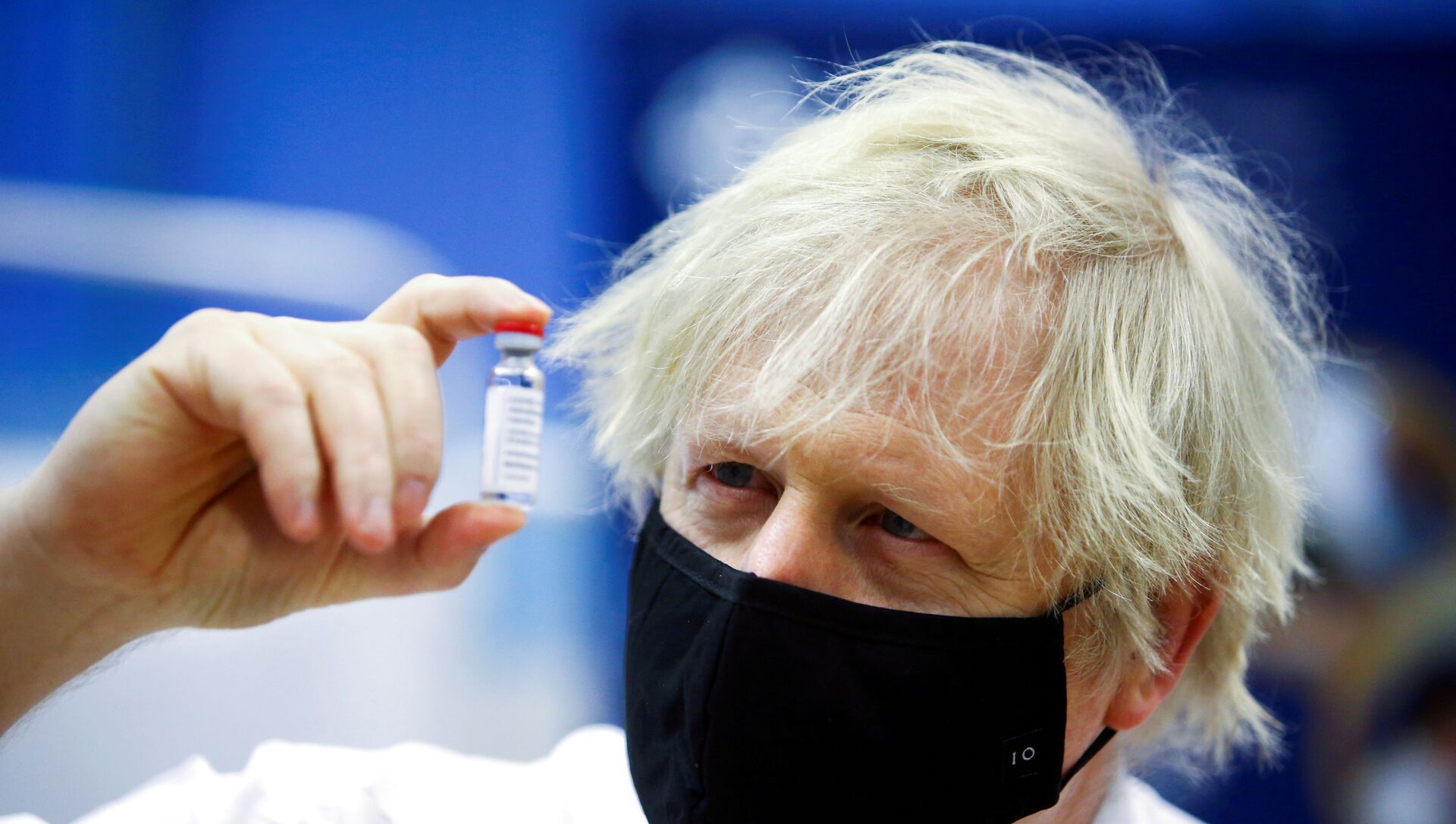 Neil Clark
All materials
It's not true to say that COVID-19 is an "unprecedented" health crisis- back in the late 1960s the world was hit by Hong Kong flu, but in very different times, things were handled much better, particularly in the UK.

UK Prime Ministers Harold Wilson and Boris Johnson both went to Oxford University, but that's where the similarities end.

Wilson, a man of intellectual brilliance - who possessed an amazing memory and always paid attention to the smallest details - has claims to be one of Britain's best-ever Prime Ministers.

Johnson, the most sinister clown in history, a shambolic, dishevelled individual who has done more damage to Britain in one year than the Luftwaffe did during the whole of the Second World War, is quite easily the worst.

Consider how both men reacted when faced with an epidemic. Wilson's Labour government not only didn't lock the country down in the winters of 1968-9 or 1969-70, it's hard to imagine they even considered it. Life went on as normal. The pubs and nightclubs were full, people attended football matches, race meetings, theatre performances and concerts (where they were still allowed to smoke!), and met up with their friends and family whenever they wanted to. No one was told to wear face masks or "socially distance". 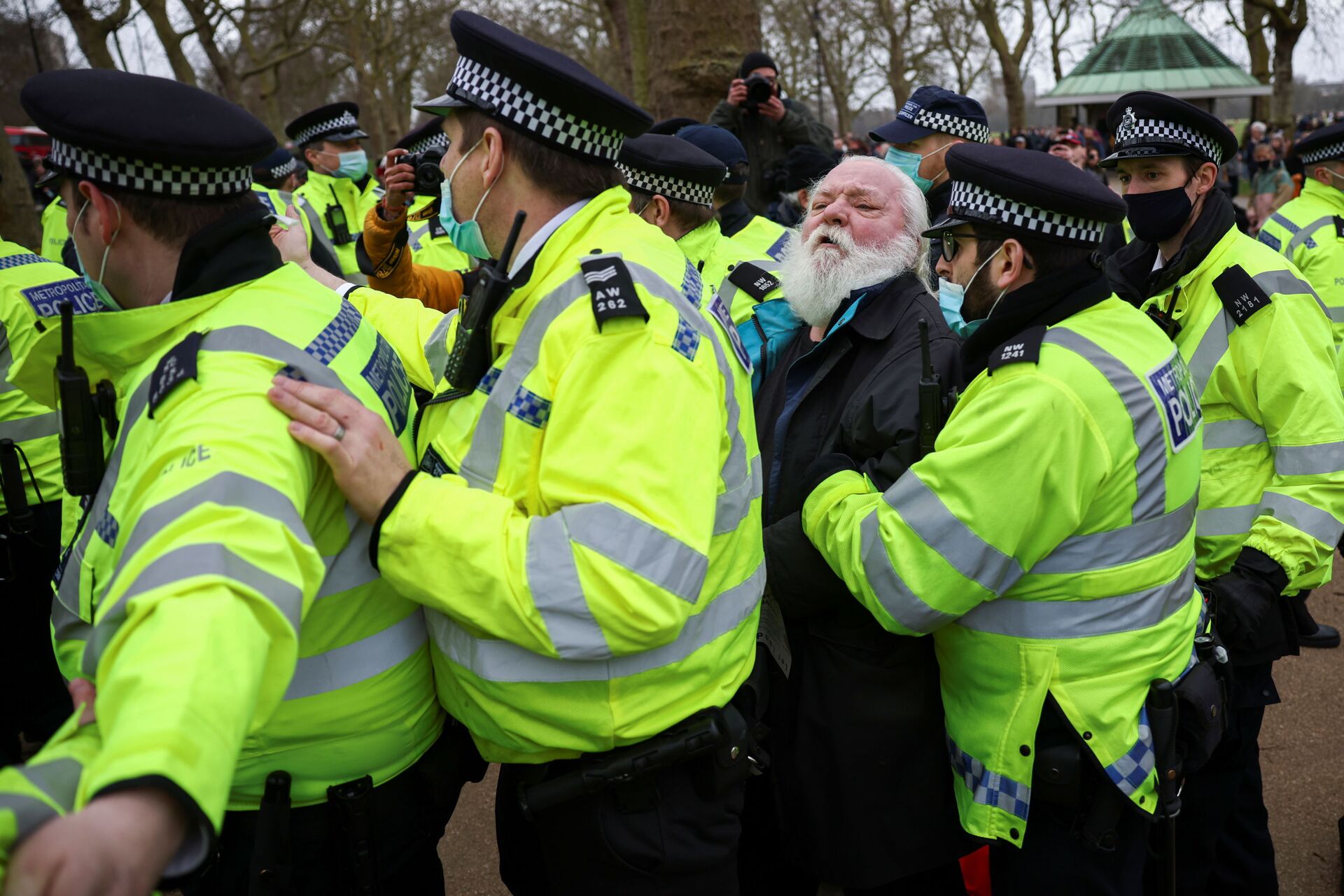 Police officers detain a demonstrator in Hyde Park during a protest against the lockdown, amid the spread of the coronavirus disease (COVID-19), in London, Britain March 20, 2021.
© REUTERS / HENRY NICHOLLS

The government introduced no "emergency powers". Britain remained a free country. And a happy one too. Happiness, don't forget, is very good for our health.

Rather than seeking to terrify the public about the threats of the Hong Kong Flu, Wilson's government saw its job as trying to reassure people. Speaking in the House of Commons on 27th January 1969,  Minister of State for Social Services David Ennals noted that new sickness benefit claims were reduced from a year earlier.

WW2-style "Keep Calm and Carry On" was very much the order of the day.

Compare this to what Johnson and his government - and their team of scientists, led by "Professor Doom" Chris Whitty - have been doing. They have waged unrelenting psychological warfare against the entire population since last March. They have sought to terrify us with their hyperbolic rhetoric and threats of even more draconian restrictions to come.

Even this week, when deaths "with Covid" fell to just 17, Johnson was giving dire warnings about the inevitability of a "third wave" washing up on our shores. Now - having got the Coronavirus Act renewed for another six months, Britain's wannabee Roman dictator is threatening us with "vaccine passports" just to go to the pub.

The damage that Johnson has done to Britain with his never-ending lockdowns and other restrictions is so great that the country will probably never recover from it. We're not just talking here about the economic cost, which has been calculated at a mind-boggling £2.4bn a day, but the cost to our physical and mental health, and the impact of the NHS morphing into a National Covid Service. 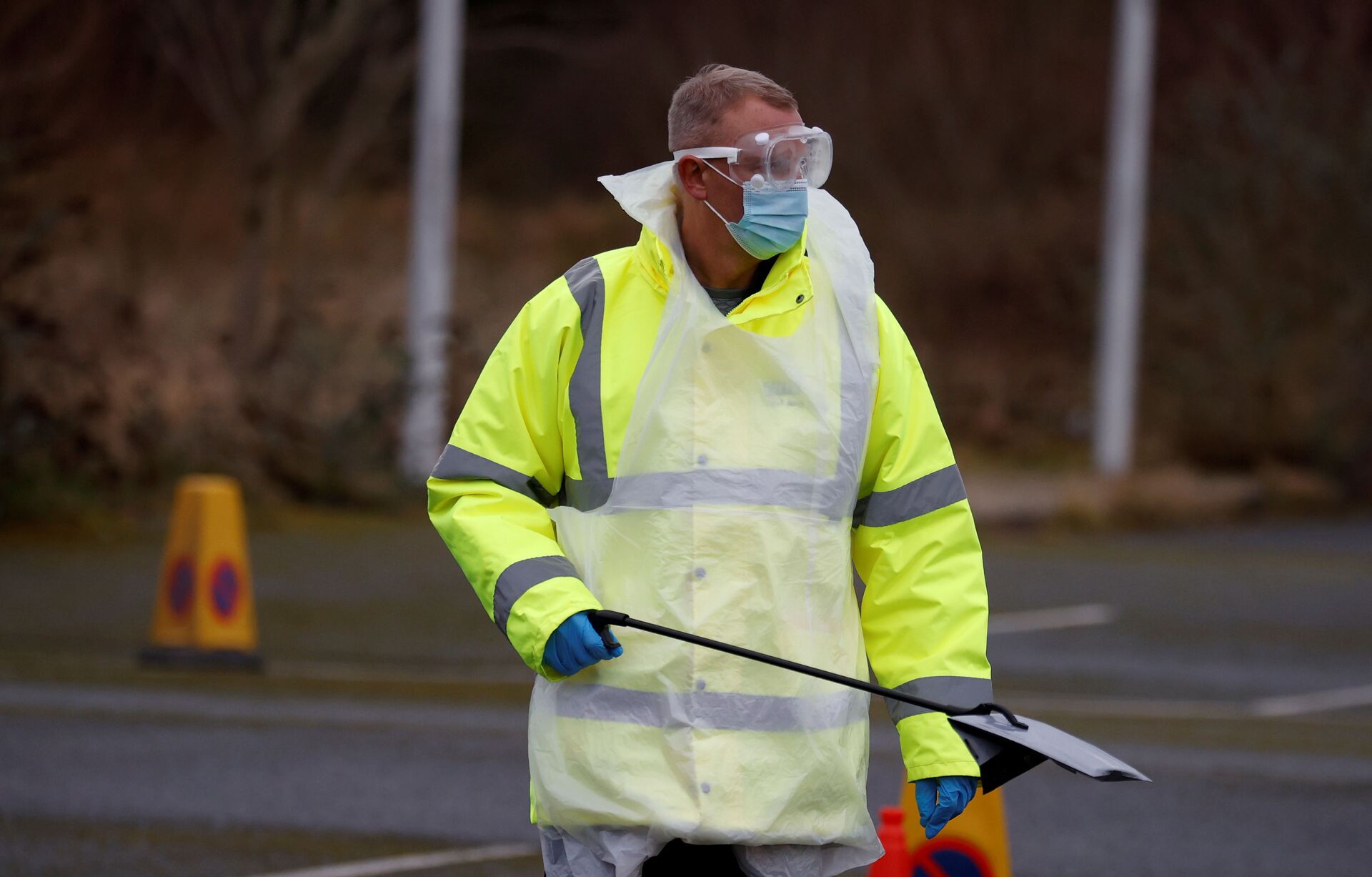 A member of NHS Test and Trace staff carries a testing kit as they arrive at a mobile testing centre amid the outbreak of the coronavirus disease (COVID-19) in Southport, Britain, February 3, 2021.
© REUTERS / PHIL NOBLE

We're told the NHS waiting list may be 10m by April. In 2020 there were six million fewer GP referrals for treatment than in 2019. Think of the millions of Britons suffering from cancer and other potentially fatal diseases who, when they finally get properly checked out, will be told "sorry, it's too late".

If ever there was a case of the "cure" being worse than the disease, this is it. And to make things even worse, it's not as if the "cure" has actually worked. Countries that had no lockdowns - like Belarus and Sweden - both of whom have interestingly have left-of-centre governments, have had much lower death rates than those which did.

Nicholas Timmins, a health reporter at the time, wrote in 2020, looking back, "Trains and buses ran to heavily reduced timetables: not because of the sorts of decisions being taken now, but because drivers had the flu. Clinical staff, of course, also caught it, and for a period the NHS was overwhelmed. But it was for a relatively small number of weeks".

Would things have been better had Wilson's government "done a Johnson"? All the evidence suggests we would have been much worse off. Britain got through Hong Flu with much lower deaths than the deaths "with" Covid under Johnson. Not only that, but national morale stayed much higher. And the economy, far from tanking, remained extremely strong. In 1969/70 Britain recorded a record balance of payments surplus of £550m - with the public finances in surplus to the tune of £600m.

The late 1960s and the early 1970s was a wonderfully optimistic time, when opportunities for "the common man" (and woman), were greater than at any time in history. 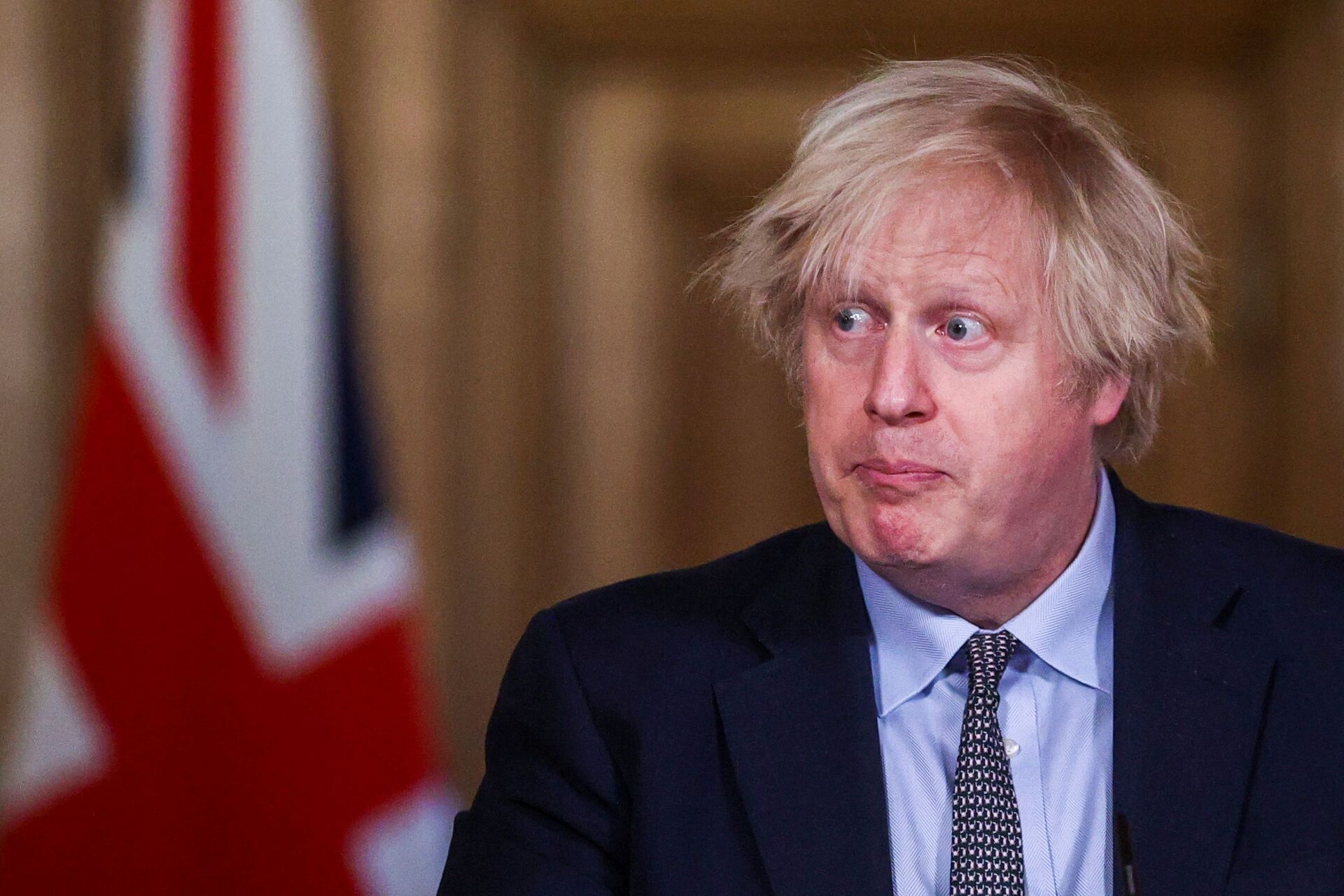 Compare that today, when basic freedoms we all take for granted have been removed, in Johnson's "War on Covid", the new, rebranded civil-liberties destroying "War on Terror". Has national morale ever been lower, save than during the equally grim period under the "Lord Protector" Oliver Cromwell in the 1650s, when pubs, theatres and places of amusement were also closed down?

When we look back at the Britain of 1968-70 we see a very different country. For a start, our politicians were of a much higher calibre than today's third-raters. Harold Wilson and his Cabinet colleagues were from the "Golden" WW2 generation, people who wouldn't have pressed the "Panic" button when Neil Ferguson - whose ludicrous predictions were used to justify the March 2020 lockdown - came into the room and said, "I've done some modelling".

Think of Harold Wilson, James Callaghan, Barbara Castle and Denis Healey. All politicians of substance. Then think of Boris Johnson, Matt Hancock, Priti Patel and Gavin Williamson. There really is no comparison is there?

We had a very different media too. There was no breakfast tv, so no hyperventilating "Piers for Fears" Morgan types calling people "Hong Kong Flu idiots" for going to Bournemouth beach on a sunny day in the summer of '69. The press was much less sensationalist than today- and there were no rolling 24-hours news channels either. And there was no Internet. 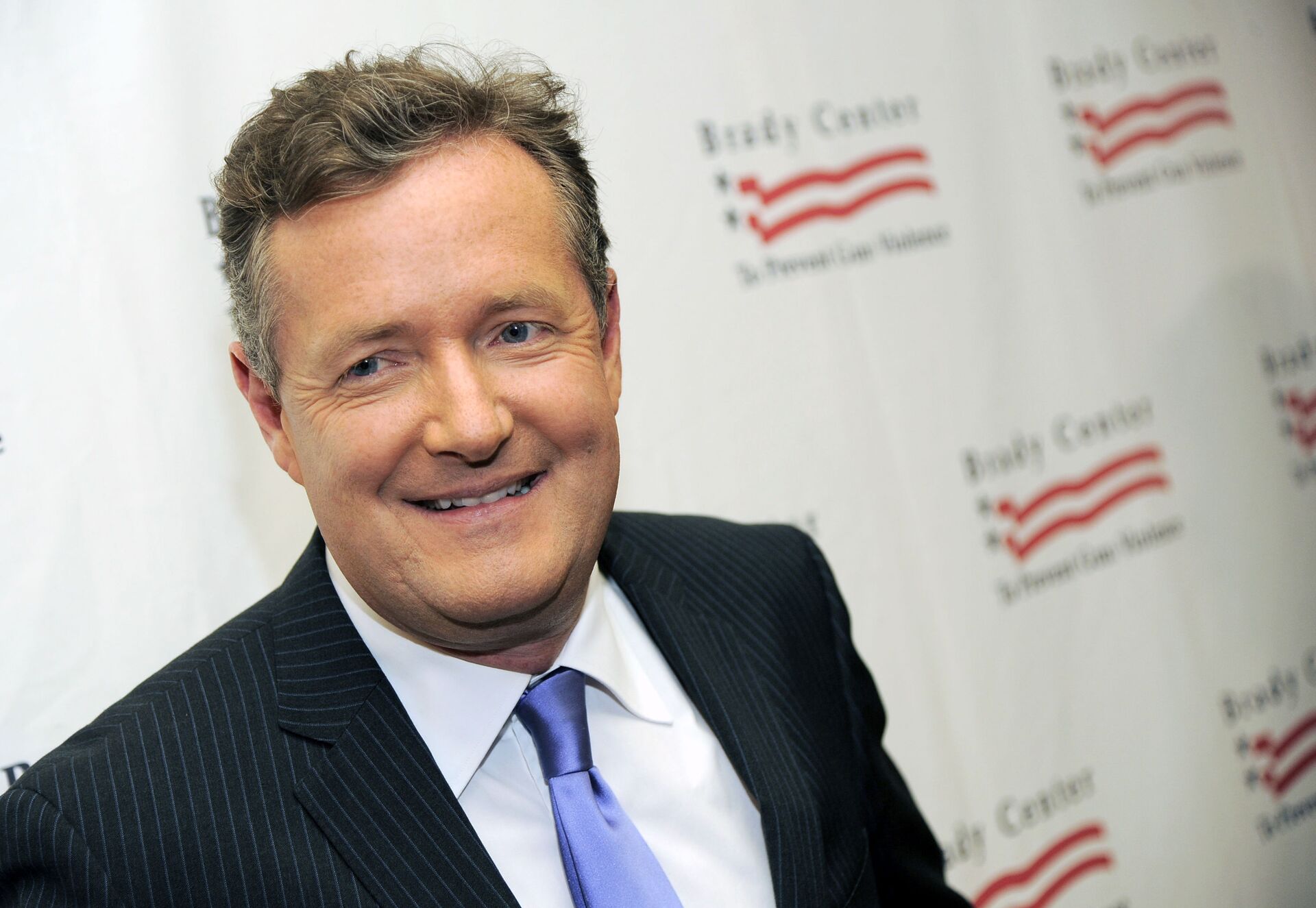 The net result of the above was that Britain was a much calmer society. Reason and evidence came above emotionalism in public debate. "That generation approached viruses with calm, rationality and intelligence," says Jeffrey Tucker, of the American Institute for Economic Research.

Those who sought to gaslight others into mouthing the "right" opinions had a much more difficult task. Whereas Wilson's government treated the British public as adults and allowed them to make their own risk assessments, BoJo the Sinister Clown treats us like little children. Dumbing down has been linked to infantilism every step of the way. Just think of those tiresome metaphors of Jonathan Van-Tam at the Downing Street pressers.

But of course, those who seek to cause alarm today do so for a reason. Johnson is clearly attempting to hype Coronavirus fears in order to implement the World Economic Forum's chillingly dystopian "Great Reset" programme.

Back in the 1960s the globalist power structure, which is currently oppressing us- had not yet been built. The WEF was only formed in 1971. Britain was still an independent, sovereign country in 1968. It was in NATO but no US poodle. Harold Wilson famously kept his country out of the Vietnam War.

In the Swinging Sixties, the world was much more a "World of Equals" with the existence of the Soviet Union and the communist countries in Eastern Europe and a strong Non-Aligned movement providing a counter-balance to western money power. Big Pharma was far less powerful than today: compare David Ennals' measured line on vaccines, focusing on "those at special risk", with the coercive "Get a Jab if you want normal life to return" government messaging of today. 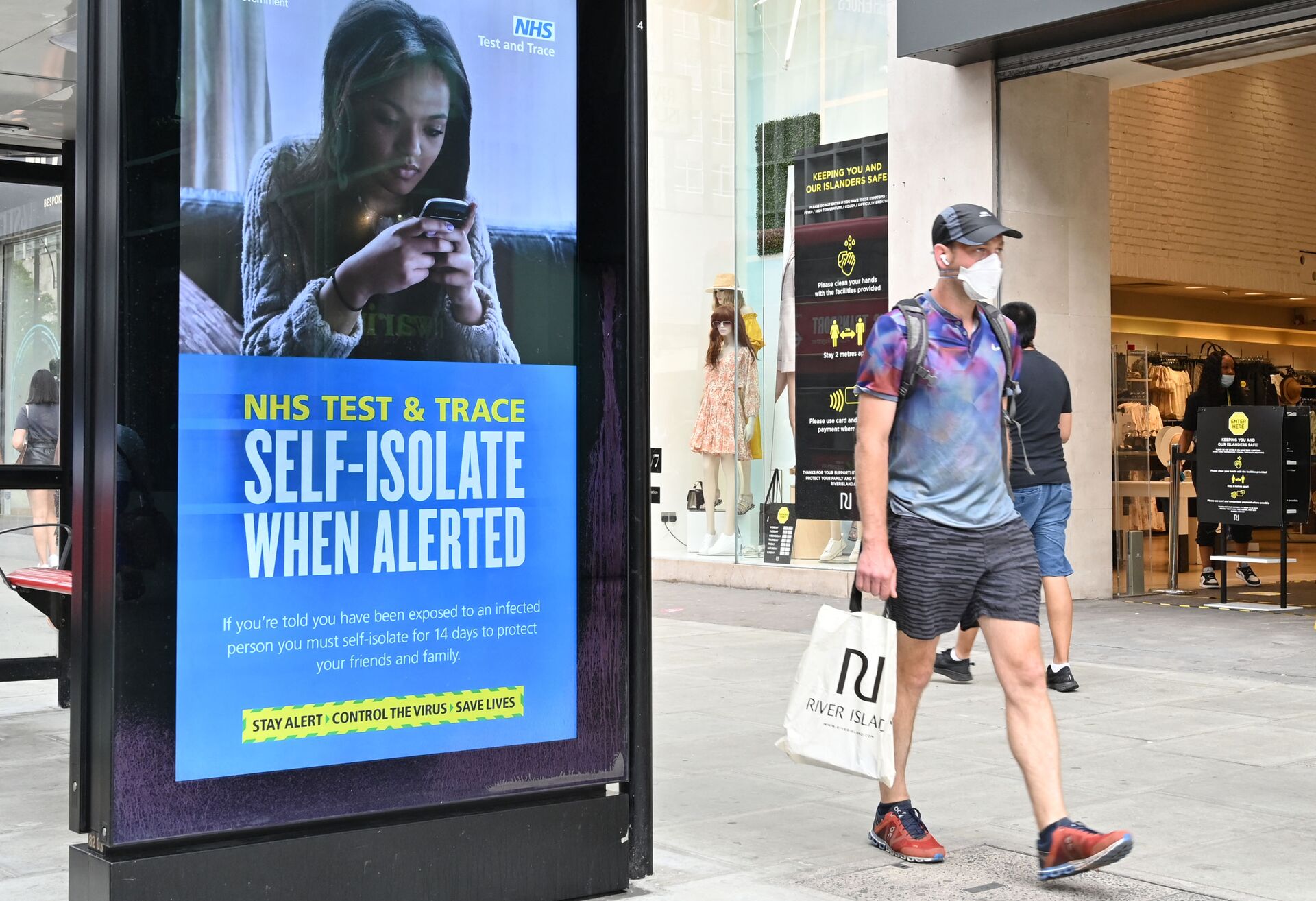 A shopper walks past an advertisment for the UK government's NHS Test and Trace system in Regent Street in London on June 15, 2020 as some non-essential retailers reopen from their coronavirus shutdown
© AFP 2021 / GLYN KIRK

And of course, in the late 1960s, there was no Bill Gates, that strange computer-software multi-billionaire with the squeaky Kermit the Frog-style voice who is able to buy incredible influence in the field of public health due to his extraordinary wealth.

Today, largely because of Gates, "public health" has been reduced to vaccine promotion, but in the post-war era it was much broader and involved things like giving school children cod liver oil (a rich source of important vitamins) and encouraging people to "go to work on an egg".

The reason Britain locked down in 2020 but not in 1968-70, tells us so much about how things have changed in the last fifty odd years, and most definitely not in a good way.

000000
Popular comments
All Western leaders are like Boris Johnson, Chicken Little running around shouting “the sky is falling” when hit by a drop of rain. This pandemic is a hyped up gaslighting experiment to cower the people because the Western economies, under capitalism, have been stripped bare by the billionaires. No middle class means government suppression to protect the rich criminals in charge.