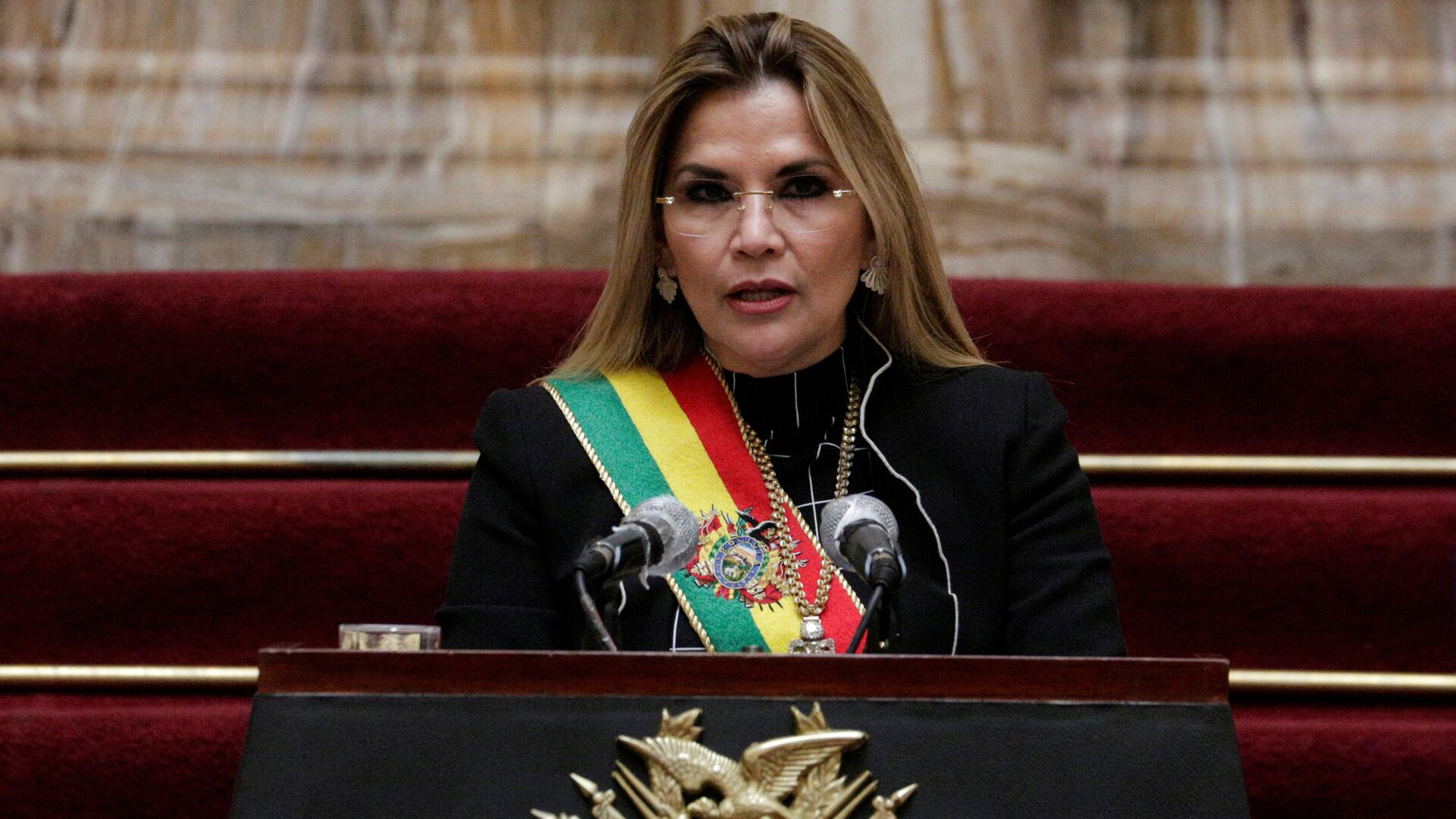 Demond Cureton
All materialsWrite to the author
A press statement from a major Bolivian organisation representing indigenous communities had slammed an open letter from an ex-government official involved in a 2019 coup, which led to political and economic instability for months prior to Bolivian President Luis Arce's election last year.

Mrs Anez had been sworn into power and backed by right-wing groups led by Revolutionary Nationalist Movement member Luis Fernando Camacho, Civic Committee leader Marco Pumari and others "in the style of [Venezuelan politician] Juan Guaido", violating Article 169 of the Bolivian Constitution.

"After 40 years of democracy, Anez violated the nation’s Constitution, a marginal senator whose political party only obtained 4% of the vote," Colque said in the press statement.

She added Citizen Community candidate Carlos Mesa denounced democratic elections in 2019 as fraud and called for violence leading to the "burning of Departmental Electoral Courts, forced resignations" from the former Evo Morales government and other crimes, citing the brutal torture of the brother of former President of the Chamber of Deputies, Victor Borda.

"This is how Anez comes to power after a violent repressive wave, shouting 'God has returned to the Palace, Pachamama never again' and trampling our Wiphala, which is our symbol of dignity and resistance", the spokeswoman said.

The Armed Forces High Command had also violated Article 244 of the Constitution by backing the coup, she explained, adding police had violated Article 251 after protecting paramilitary groups under the Anez dictatorship.

The former coup government had murdered 37 indigenous people and wounded over 800, with over 1,500 imprisoned and tortured, she said citing an Investigation Commission from the Plurinational Legislative Assembly and Institute of Therapy and Investigation on the Aftermath of Torture and State Violence.

"Jeanine Anez is not innocent. Her hands are stained with blood from crimes against humanity committed during her de facto regime," she said in a statement. "There were widows, orphans, numerous mothers who lost their children".

Bolivians Bring Fight To 'State Terror' Anez Gov't Six Months After Sebastián Moro Death - Activists
A "strict quarantine" had been imposed "without any support" despite continued crackdowns amid the pandemic, she wrote.

"They imprisoned the poorest people, those who went out to get some bread for their families. However, Jeanine Anez travelled to her social engagements using the state airplanes as her private taxis, while the COVID-19 tests were being transported by land," she said.

She added Arturo Murillo, named the 'Minister of Death' by many Bolivians, had persecuted and tortured victims via false allegations of sedition and terrorism.

Patricia Hermosa, former chief of staff of Bolivia's pres Evo Morales, is charged with terrorism just for having phone contact with Morales after he resigned.

According to Human Rights Watch, Patricia Hermosa had been imprisoned for contacting former Bolivian president Evo Morales. Hermosa was pregnant while in prison and miscarried after being denied access to medical treatment.

Victims of the coup government had also offered testimonies of torture and suffering, she said. Anez's human rights were being "respected" while detained, which was "not the case" for her victims, the spokesperson added.

"Jeanine Anez enjoys preferential treatment as a detainee compared to others, she has adequate medical attention, a comfortable bed, food of her preference, visits from relatives, the UN, Human Rights and much more. Really quite privileged. Many families with small children, pregnant women and other elderly who returned from Chile to Bolivia, were stopped at the border, left in the open without shelter or food because Anez decided to do so," Colque explained.

Organisation of American States (OAS) secretary-general Luis Almagro, along with numerous institutions remained silent amid the massacres and pogroms but were now speaking out against Anez's detention, she added.

Bolivian people had lived in a "climate of terror" amid the pandemic while the Anez coup government had embezzled state firms and left "abandoned by the state, without medical attention".

No Pasaran? Bolivia Urged to Grant Safe Passage to Seven Morales Officials in Mexico Embassy - Judge
Anez had called indigenous groups "savages", adding the "Indians should be in the highlands and not in the cities" while slamming social movements as "violent groups" that should be "persecuted and surrounded", she said.

"The Indians, the natives are the owners of these lands and not those who came as tenants to snatch from us what belongs to us for millennia," Colque said in the statement.

The spokesperson also slammed accusations of fraud in the 2019 elections while noting the coup was an "unconstitutional seizure of power".

"Serious crimes were committed in a year of dictatorship and these cannot go unpunished. The whole world needs to know that we are facing an extremely serious case of human rights violations. The Bolivian people seek justice and Jeanine Anez and her accomplices must submit to Justice. It is not political persecution, it is not revenge, it is justice," she concluded.

The news comes weeks after Jeanine Anez was detained on suspicions of terrorism, conspiracy and sedition following the coup in 2019, which forced former Bolivian President Evo Morales to resign and flee the country.

The three suspects will be detained roughly six months, according to media reports, which added Anez would receive medical treatment for high blood pressure symptoms in prison rather than being admitted to a hospital.