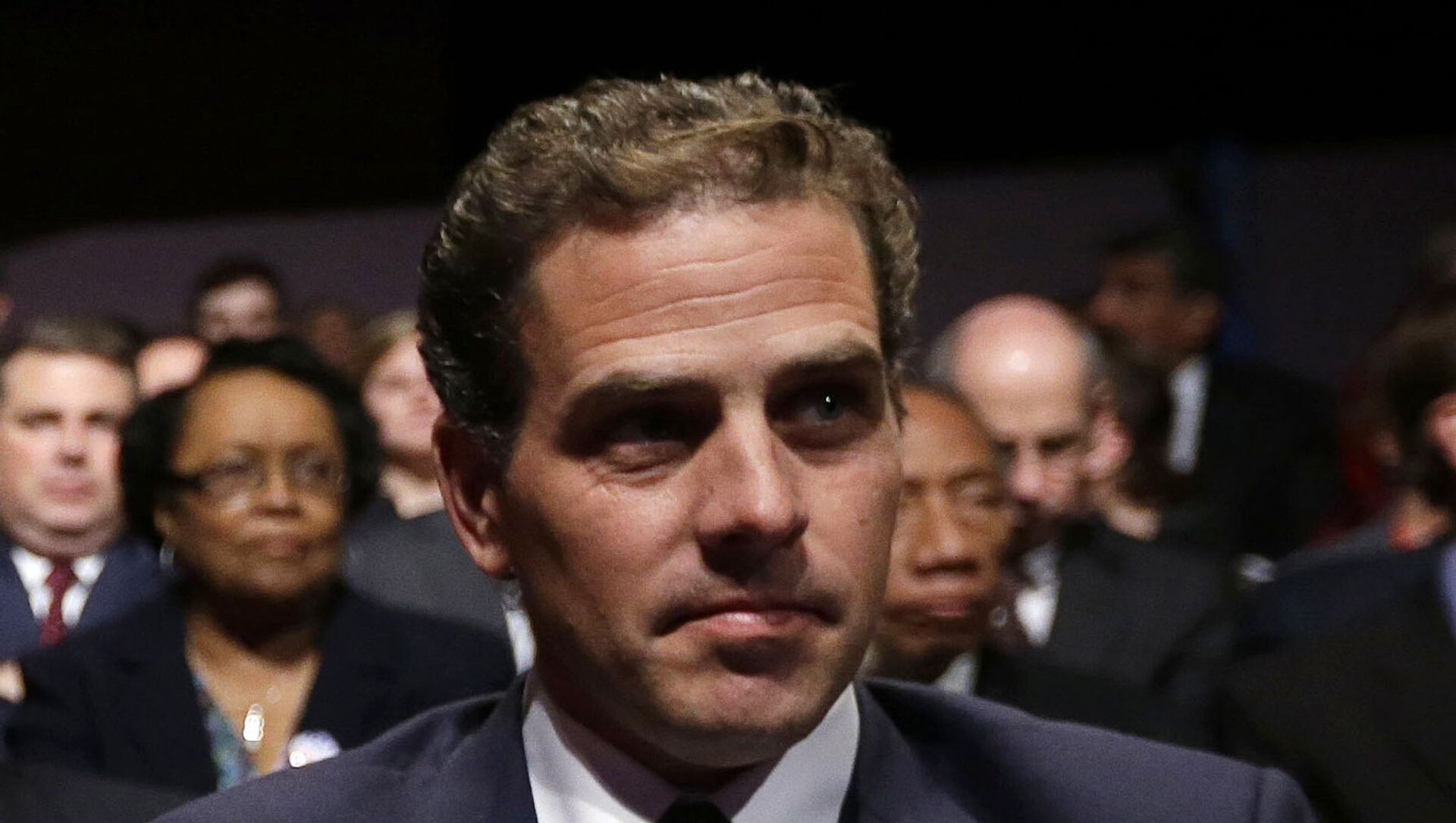 Tim Korso
All materialsWrite to the author
A bombshell report about Hunter's alleged lies in a gun purchase document comes as his father, US President Joe Biden, pushes for the implementation of stricter gun control laws, including more extensive background checks.

During the Trump administration, unnamed Secret Service agents tried to seize Hunter Biden's firearms transaction record for a .38 revolver in the course of an incident where the gun went missing for days, Politico reported, citing a trove of documents, police reports and accounts from several unnamed, anonymous sources. The agents, who were reported to have shown their badges, were said to have visited StarQuest Shooters & Survival Supply in Wilmington, Delaware, where the US president's son purchased the gun, to seize the paper, but were turned away by shop owner Ron Palmieri.

Palmieri correctly insisted that, legally, only the Bureau of Alcohol, Tobacco, Firearms, and Explosives (ATF) can handle such documents. Palmieri claimed that he was suspicious that the agents were trying to acquire the document in the event that Hunter's missing gun was used in a crime. 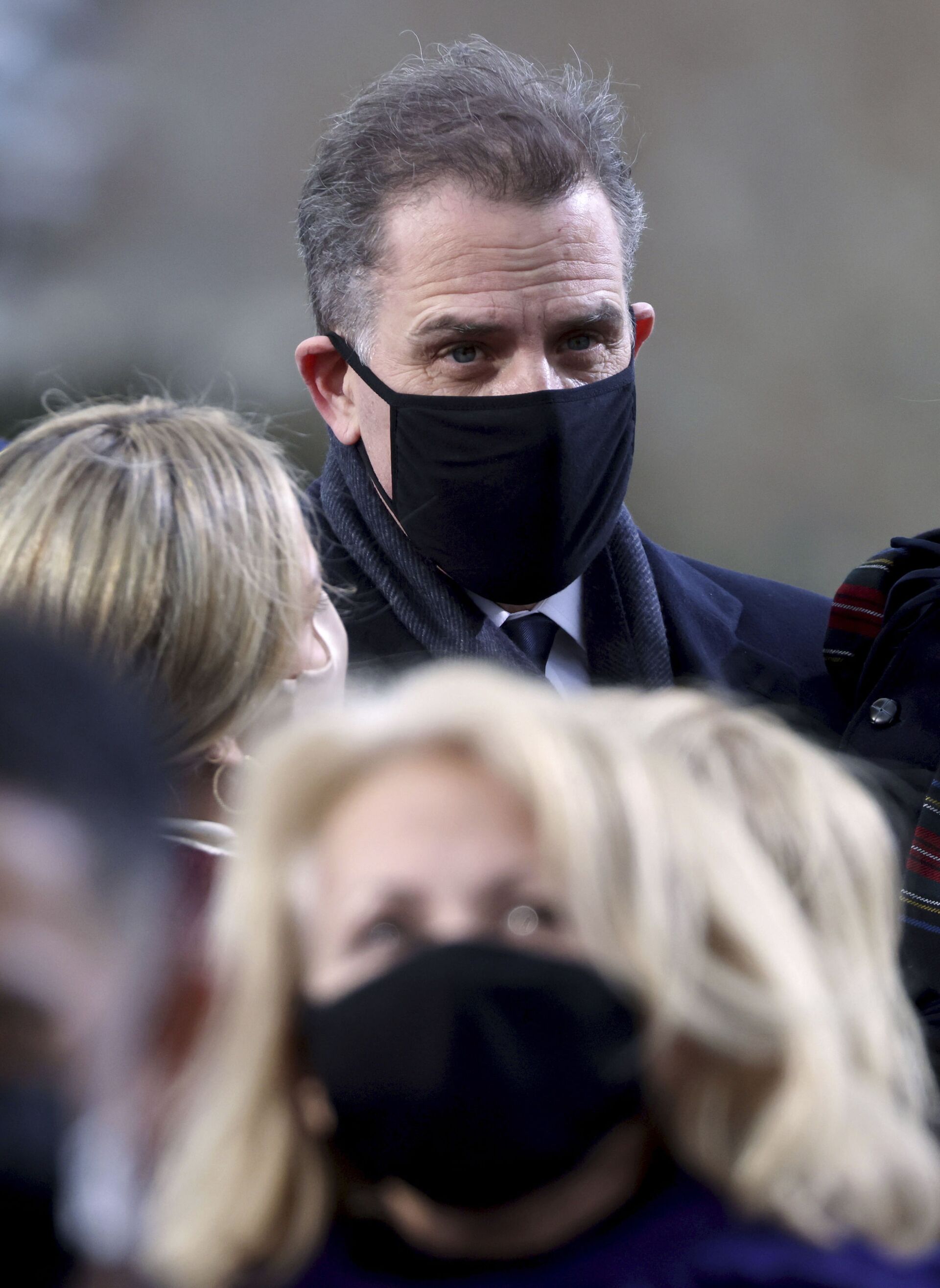 Hunter Biden attends his father Joe Biden's inauguration as the 46th President of the United States on the West Front of the U.S. Capitol, Wednesday, Jan. 20, 2021, in Washington
© AP Photo / JONATHAN ERNST

The reported visit by Secret Service agents to the gun shop coincided with Delaware police questioning the younger Biden over the missing weapon. Hunter's romantic interest at the time, Hallie Biden, reportedly found the gun in his car and threw it in a garbage bin behind a local grocery store for reasons that have not been determined. She later tried to retrieve the gun, per Hunter's request, but it was no longer where she claimed to have thrown it. The weapon was eventually returned by an elderly man, who found the gun while rummaging through the grocery store's trash looking for "recyclable items", the media said, citing documents.

The police report, obtained by the Politico, suggested that Hunter became "very agitated", when he was asked if the gun was used in a crime and insisted that he bought it for target practice. The same report purportedly described how the younger Biden avoided a question about whether he was doing drugs or drinking alcohol.

"Listen, it isn't like that. I think she believes I was gonna kill myself", the president's son reportedly replied to an officer's question.

The Secret Service declined to comment on Politico's report. The media's law enforcement source claimed that the service continued to keep an eye on Joe Biden, Hunter's father, informally after he stopped being the US vice president in 2017.

Did Hunter Biden Lie About His Addictions When He Bought the Gun?

The Politico report suggests that Hunter Biden did more than avoid a direct question from a police officer about his addictions.

When Hunter was buying the revolver on 12 October, 2018, he also wrote "no" answering a question in the Firearms Transaction Record on whether he was "an unlawful user of, or addicted to, marijuana or any depressant, stimulant, narcotic drug, or any other controlled substance", Politico claims, citing a copy of the gun sale receipt.

At the same time, he was tested positive for cocaine five years prior to the purchase, according to his records of discharge from the Navy Reserve. His family members also admitted he had problems with drugs in the past. Hunter Biden is reported to have lied in the Firearms Transaction Record, which is considered a felony in the US.

This is not the first time for Hunter Biden in the spotlight, which could be potentially damaging for his father, the US president, who recently announced plans to tighten gun control in the country, specifically by suggesting banning assault rifle and implementing stricter background checks.

The last time that US President Joe Biden faced tough questions about his son, right ahead of November 2020 election, was when documents from a laptop claimed to be owned by Hunter, suggested that the latter benefited from his father's position as vice president in the Obama administration. The US president said he believes his son did nothing wrong and has consistently noted that he has never been involved in his son's business affairs, foreign and domestic.