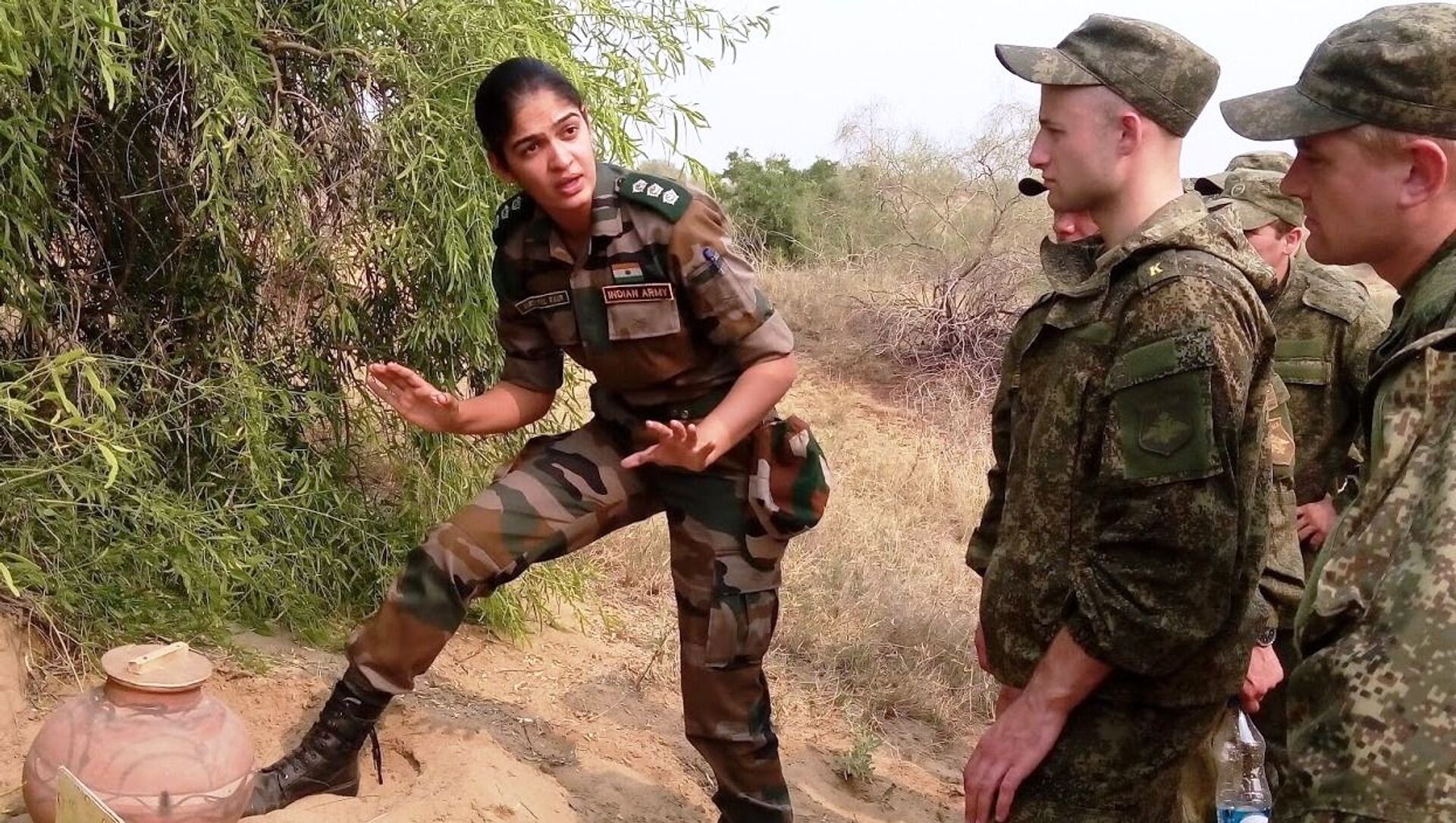 Advitya Bahl
All materialsWrite to the author
Last year in February, India's top court delivered a landmark judgement stating that women officers are entitled to permanent commissions on a par with their male counterparts. However, soon after the order, the Army tweaked its physical fitness policy for female officers, who are no longer exempt from the Battle Physical Efficiency Test.

The court said that the application of a medical fitness requirement for women to get a permanent commission in the Army is "arbitrary" and "irrational".

'Exclusion of Women is Unjustified': Supreme Court of India Rules Ladies Can Command Army Units
The verdict was pronounced after a batch of petitions had been filed by female officers for permanent commission in the Indian Army and Navy, seeking direction that contempt proceedings be initiated against those who had allegedly failed in their duty to comply with the top court's earlier judgement last year allowing the permanent commission to women officers.

Permanent Commission means one has the option to serve the country up to the full age of retirement which gives them the possibility to command non-combat units of the Indian army.

"The pretence of equality is against the ethos of the principles enshrined in the Constitution", the Court said while mentioning that SHAPE 1 medical criteria cannot be applied to the women officers who have already served the Army for 10 years.

"The Army says the medical category has been applied by taking age-related factors into account. However, there is discrimination and exclusion in this application. Similarly aged male permanent commission officers do not have to maintain SHAPE 1 Fitness if they have already been granted a permanent commission," the Court observed.

Last year, the Indian Army changed its decade-old policy which granted exemption to “lady officers, who are commissioned before April 2009 and are above 35 years of age" from the Battle Physical Efficiency Test.

The Army tweaked the fitness policy against the backdrop of the 17 February 2020 ruling, where the Supreme Court of India judged that permanent commissions should be granted to all women in the Army, regardless of their service, and that denying women command assignments was a violation of equality under Article 14 of the Indian Constitution.

Under the Battle Physical Efficiency Test, female officers will have to go through a five-kilometre run, a 60-metre sprint, climbing a vertical rope up to a certain height, traversing a horizontal rope to a certain distance and jumping a 1.8-metre ditch.

According to data from the Defence Ministry, there are around 1,700 women officers serving in the Army out of a total of nearly 43,000 officers.

The Indian Armed forces introduced women officers in 1992. However, they were not allowed to take on fighting roles until 2016 when some were brought on as fighter pilots. Women have been fighting to gain equal status in the Indian Armed forces, which has long been resistant to change, often citing operational reasons for not allowing women equal opportunities.