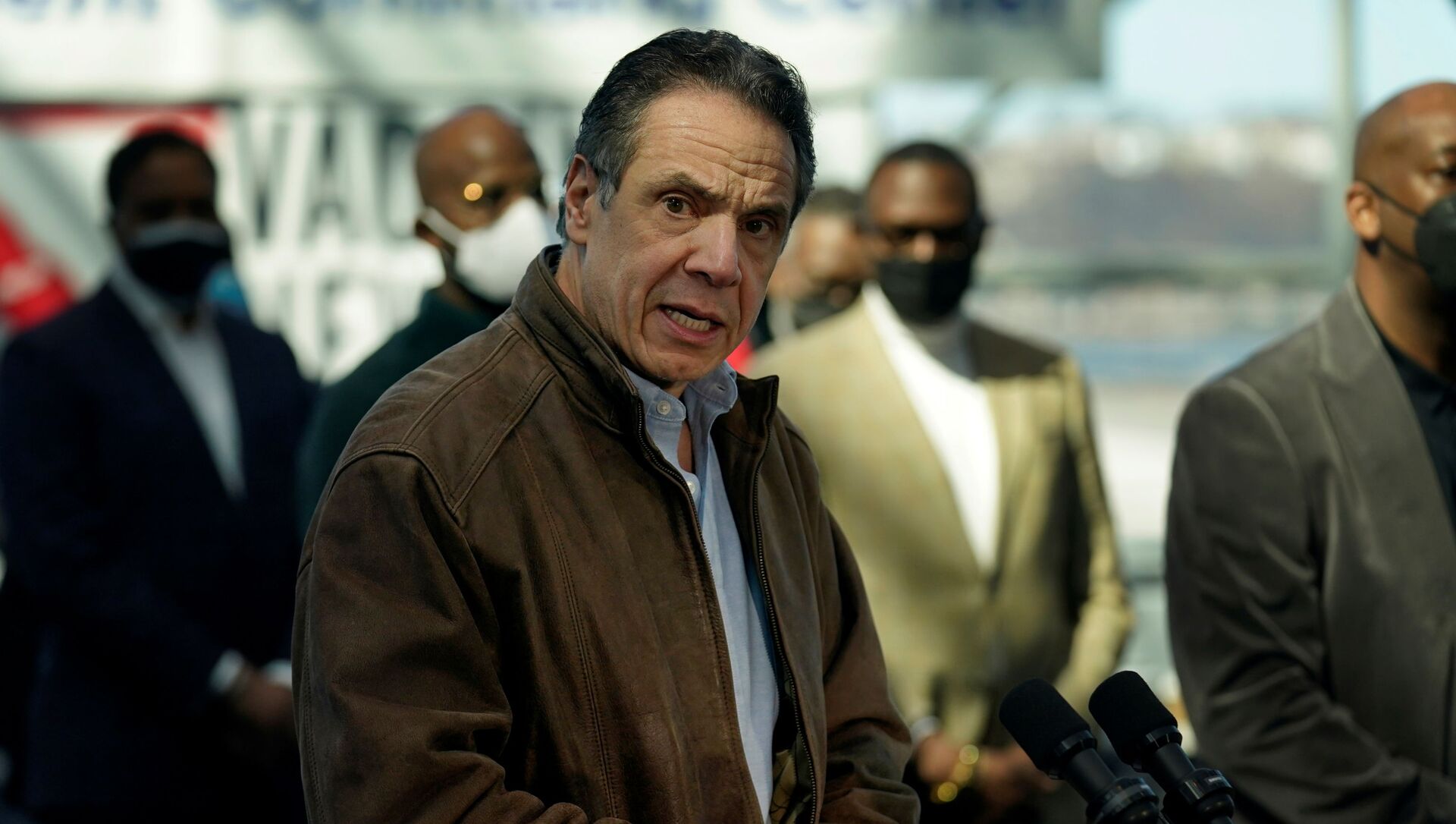 © REUTERS / Seth Wenig
Subscribe
International
India
Africa
Alexandra Kashirina
All materialsWrite to the author
New York Governor Andrew Cuomo has been severely criticised for his response to the deadly coronavirus pandemic and an undercounting of deaths at nursing homes in the state. Cuomo is also facing the real possibility of being impeached after sexual assault accusations from multiple women.

Last year, Cuomo with Health Commissioner Howard Zucker, ordered state Health Department officials to conduct prioritised COVID-19 testing for some of the governor's family members, including his mother, brother, and one of his sisters, along with several people in the state's administration, the Albany Times-Union reported on Wednesday, citing anonymous sources.

According to the newspaper, tests were done several times for Cuomo's relatives by high-level state Department of Health officials in private residences and samples were reportedly delivered to laboratories by state police troopers.

Among those who were allegedly tested "out of turn" is executive director of the Port Authority of New York and New Jersey and his wife, along with the head of the Metropolitan Transportation Authority, Patrick J. Foye, and his wife, as well as a number of other state legislators and their staff. There is no indication, according to the Albany Times-Union, that the samples were taken for them by high-ranking medical staff.

A person said to be familiar with the matter told the news outlet that Cuomo's alleged actions distracted high-level Health Department officials from their duties while they were taking tests at private residences. Given the circumstances of the raging COVID-19 pandemic, the effects of such purported behaviour could have apparently led to a worsening of the overall situation.

"To be doing sort of direct clinical work was a complete time-suck away from their other duties. It was like wartime", the source said. 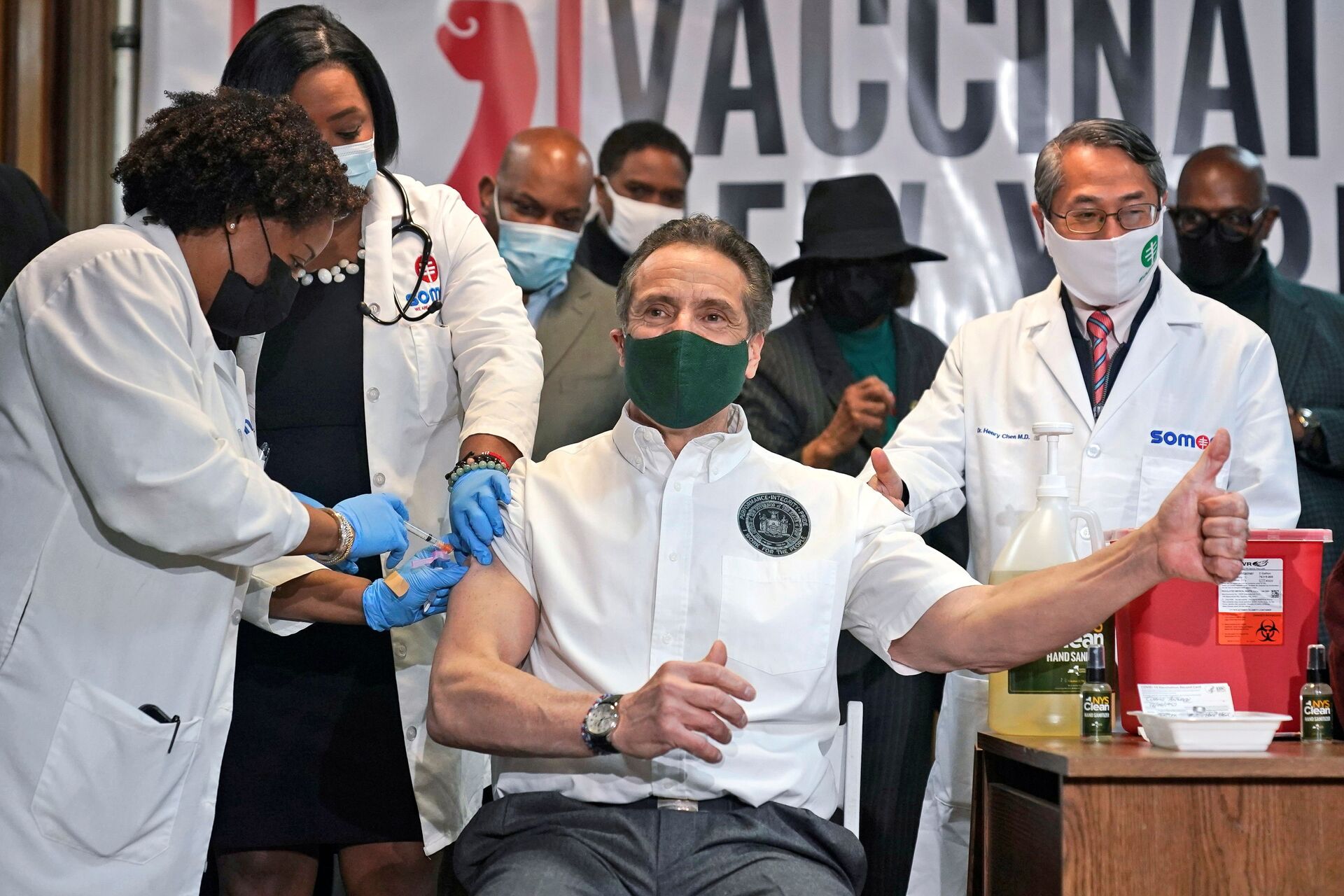 Officials from Cuomo's office denied the accusations. A senior adviser to the governor, Richard Azzopardi, called them "insincere efforts to rewrite the past", explaining that at the beginning of the pandemic healthcare workers visited houses to take samples from "those believed to have been exposed to COVID" in order to trace contacts and prevent new infections.

"Among those we assisted were members of the general public, including legislators, reporters, state workers, and their families who feared they had contracted the virus and had the capability to further spread it", Azzopardi noted.

In addition, other sources familiar with the matter noted that a lot of healthcare staff were tasked to visit homes without prioritisation.

"It's being a little bit distorted with like a devious intent. [...] We made sure to test people they believed were exposed. All of this was being done in good faith in an effort to trace the virus", an official in Cuomo's office told the newspaper.

At the moment, Cuomo is under two investigations launched by New York Attorney General Letitia James to examine both sexual abuse claims and the deaths at nursing homes in the state. The governor is facing calls to be impeached and has been urged by many Democratic lawmakers to resign.