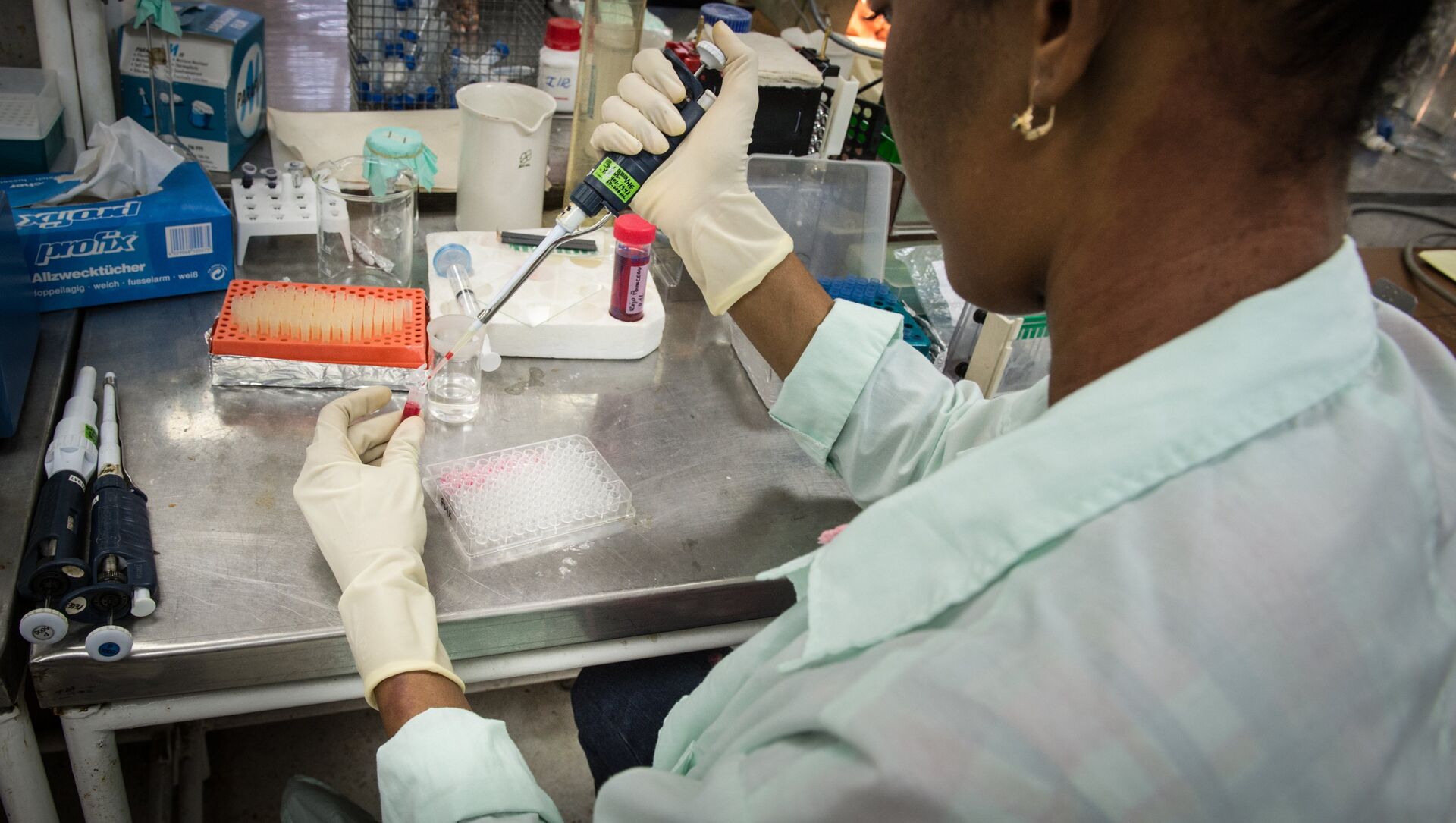 Ekaterina Blinova
All materialsWrite to the author
While the EU is struggling to stockpile enough anti-COVID jabs, Cuba, a small Caribbean island nation surviving a decades-long US trade embargo, kicked off Phase 3 testing of its own vaccine coronavirus candidates, Soberana 02 and Abdala, earlier this month.

Cuba is developing five anti-COVID vaccines. Three of them, Soberana 01, Soberana 02 and Soberana Plus, are being made by the Finlay Institute for Vaccines (IFV). The other two, Abdala and Mambisa, are brainchildren of the Centre for Genetic Engineering and Biotechnology (CIGB).

The definitive advantage of the Cuban jabs is that they do not require additional refrigeration requirements: they can be kept at temperatures ranging from 2C to 8C, which considerably simplifies their transportation and storage. Soberana 02 and Adbala are regarded as the most advanced among Cuban vaccine candidates.

On March 3, the Centre for State Control of Drugs, Equipment and Medical Devices (CECMED) green-lighted the Phase 3 testing of the vaccine. Two weeks later, Granma, the official newspaper of the Central Committee of the Cuban Communist Party, reported that the initial stage of Soberana 02's Phase 3 clinical trials had been completed "satisfactorily, in strict compliance with the established protocol and best clinical practices."

Earlier in January, the Cuban government pledged to produce 100 million doses of Soberana 02 in 2021 to meet its own demand and that of other countries: Vietnam, Iran, Venezuela, Pakistan and India. Other nations have already signaled their interest in obtaining the drug.

Cuba is conducting clinical trials for two vaccine candidates with plans to produce 100 million doses, distributed for free to all Cubans and exported to Latin America and Asia. pic.twitter.com/yuIZYBvT9v

​Forty-four-thousand individuals between 19 and 80 years of age are expected to be vaccinated by the end of June in controlled clinical trials to provide data on the efficacy of the jab. The vaccine is administered in two shots, with a 28-day interval. Researchers are also considering injecting a third dose to boost immunity. In addition, 150,000 volunteers, including medical professionals, have been taking part in research since 22 March.

"One of the first vaccinated is Dr. Tays Hernández, a researcher at the Center, who leads the team to monitor the immune response of the subjects vaccinated with Soberana [01, 02 and Plus]," the Centre for Molecular Immunology tweeted on Monday.

Vvaccine candidate Abdala – the name of a poem written by Cuban revolutionary Jose Marti – entered the third phase of its clinical trials on Monday after getting the nod from CECMED on 18 March. The drug will be administered to 48,000 volunteers aged 19 to 80 in a three-dose vaccination schedule with 14 day intervals between injections.

#Cuba has two COVID-19 vaccine candidates in phase III of clinical trials after the regulatory authority on Thursday approved Abdala to pass to that stage. pic.twitter.com/IdIesQ4JlP

​"The Abdala candidate was placed in its Phase I clinical trial at the Saturnino Lora Hospital in Santiago de Cuba," Dr. Eulogio Pimentel, vice-president of the BioCubaFarma, told the press last week. "At that time, 132 individuals were included who have already been vaccinated and their immune response and safety evaluated. This trial began on December 7, 2020, and in February 2021 we started the Phase II clinical trial, which included 660 volunteers, also from the head municipality of Santiago de Cuba."

All five Cuban vaccines apply antigen to the spike proteins of the coronavirus. However, these antigens have different origins: thus, Soberana jabs contain antigens derived from mammalian cells, while Mambisa and Abdala use yeast cells. But that is not all: the peculiarity of Mambisa is that it is a nasal spray that induces systemic and mucosal immunity. This vaccine also contains the hepatitis B virus protein.

​Pharmaceutical company BioCubaFarma has recently confirmed that six production lines are already working to ensure the production of all five Cuban COVID-19 drugs to respond to domestic demand. It is expected that a mass immunisation campaign on the island will be started in August 2021.

"Having these production systems guarantees that we will have the necessary doses to vaccinate our population. By August at the latest, the doses needed to immunise the entire Cuban population will be produced," the pharmaceutical company tweeted on March 18. 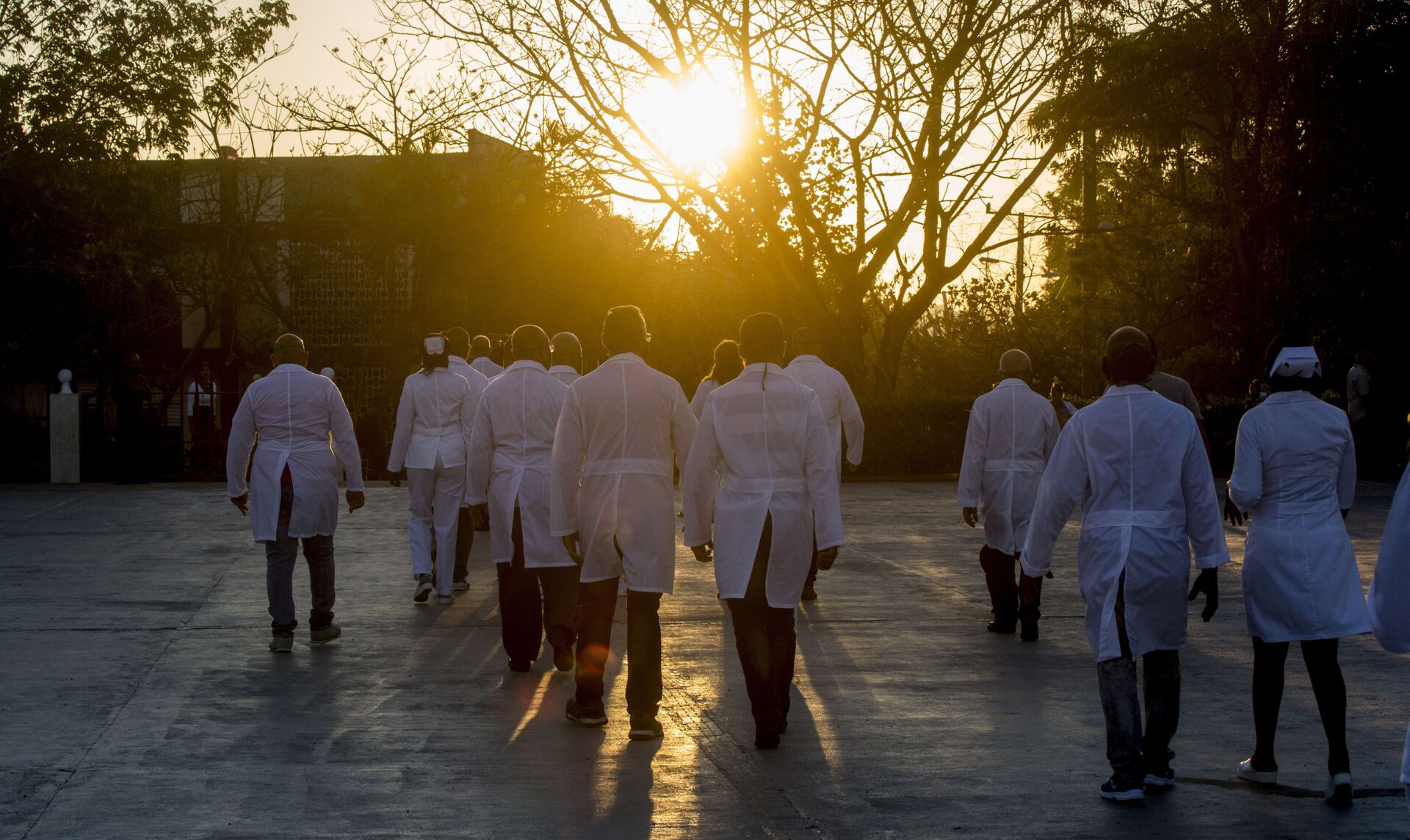 A brigade of health professionals, who volunteered to travel to the West Indies, walk back to their campus after posing for news photographers, in Havana, Cuba, Saturday, March 28, 2020. The medical teams will travel on Saturday to the dual-island country Saint Kitts and Nevis, to assist local authorities with an upsurge of COVID-19 cases.
© AP Photo / Ismael Francisco

Cuba: Watchful and Ready to Act

Cuba's pharmaceutical industry's achievements are hardly surprising given that the Caribbean nation has been mastering itself in the field for decades. The coronavirus pandemic did not catch Cubans off guard, unlike many other nations.

As early as on 29 January, 2020, the country's Council of Ministers approved a COVID-19 Prevention and Control Plan, while on 28 February, 2020, the first five research projects focused on COVID-19 were approved, according to Granma. The same month, Cuba's recombinant human Interferon Alpha 2B, proved its efficacy as a treatment for the coronavirus in China. In mid-March 2020, the Cuban pharmaceutical industry signaled that it would guarantee the production of two dozen medicines used in treating COVID-19 including, most notably, Interferon Alpha 2b.

​Since mid-March 2020, the small island nation has dispatched 56 brigades of the Henry Reeve International Contingent of doctors specialising in disaster situations and epidemics to combat COVID-19 in dozens of countries worldwide. On 22 January, the Council on Hemispheric Affairs (COHA) officially nominated the Henry Reeve Brigade for the Nobel Peace Prize.

"Twenty-three countries in Europe, Africa, the United Arab Emirates, Latin America, and the Caribbean requested help amidst this global crisis, and more than 1,500 Cuban health professionals–doctors, specialists, and nurses – have answered the call," stated COHA. "A Nobel Prize for the Henry Reeve Brigade is not only well-deserved, it would raise the profile of this life saving work and perhaps inspire more such efforts in the future."