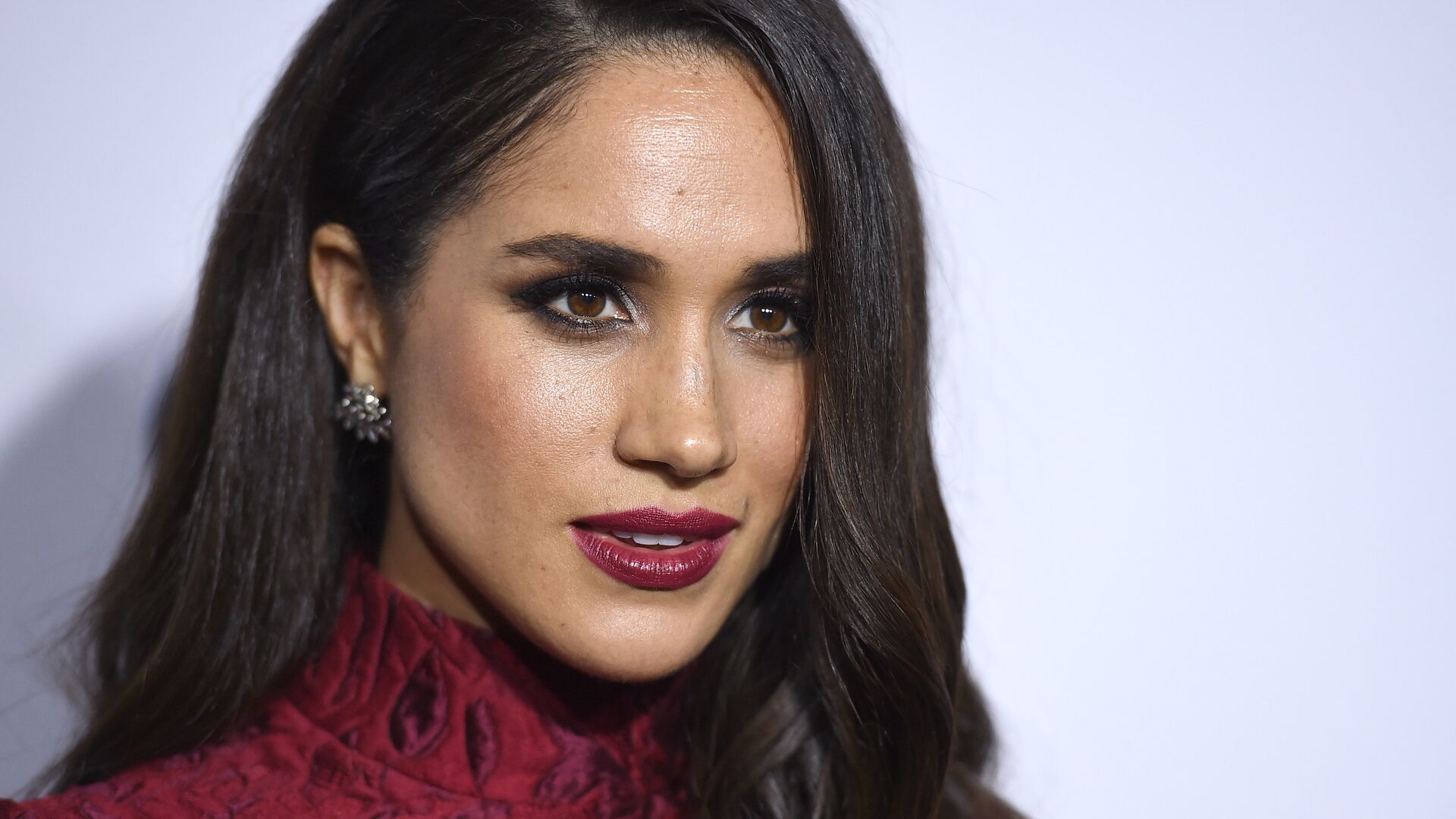 Ekaterina Blinova
All materialsWrite to the author
Meghan Markle and Prince Harry have hired Genevieve Roth, a former Hillary Clinton campaign adviser and the founder of social impact agency Invisible Hand to help with their Archewell Foundation. The royal couple's decision has added to the swirling rumours about a potential 2024 election bid by the Duchess.

Alaska-born Genevieve Roth previously served as the director of Creative Engagement for the 2016 Clinton presidential campaign and is also known for assisting then-President Barack Obama and his wife Michelle launch the "Let Girls Learn" initiative. The strategist was quoted as saying that she has "a lifelong commitment to gender equity", and claiming that "all white people are rife with internalised racism".

It's Not Enough to Surround Oneself With Political Industry Insiders

"The US has an underground class of political consultants who only seem to fail up", he says. "The guiding doctrine seems to be that a failed campaign is the fault of the candidate, while a successful campaign is the glory of the consultant. Not to mention, Hillary had the entirety of the establishment left working on her campaign; if you wanted to run for president as a Democrat, it would be almost impossible to hire anyone good that didn't also work for Hillary".

It appears Markle believes that if she surrounds herself with enough political industry insiders, it will make her one, Angelini notes, highlighting that "that is not really how it works".

Judging from her latest interview with Oprah Winfrey, the American-born Duchess of Sussex's potential election platform will be based on race, gender, and identity politics, the GOP consultant suggests: "Those are the only topics she knows about enough to comment on intelligently", he remarks.

Although the interview was a great platform for Markle, "the American media cycle is so fast-paced that every day that goes by her interview fades further and further from the collective American consciousness", according to Angelini.

"We are so far out from 2024 that by the time she announces, the Oprah interview will be a distant memory", he presumes. "She is best served by leveraging it to gain more insider political connections in the short term, then building up more media appearances later on that will be more effective". 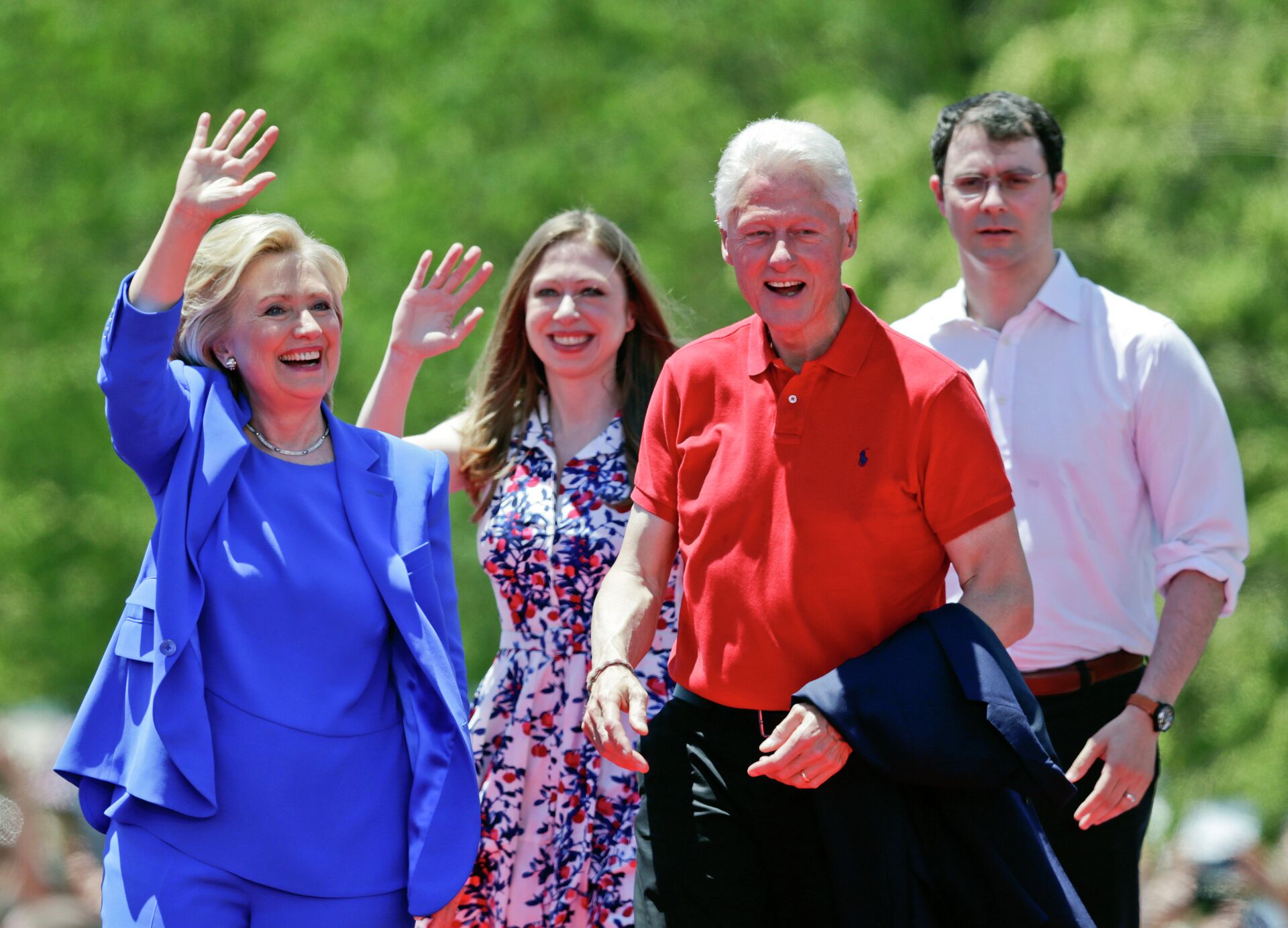 This is not the first time the Duke and Duchess of Sussex have hired a former Hillary Clinton employee. On 14 March 2019, the palace announced the appointment of Sara Latham as the head of the couple's communications team. At that time, Meghan Markle and Prince Harry split royal households from Kate Middleton and Prince William and created a separate office.

Sara Latham acted as a senior adviser for Clinton's 2016 campaign from August 2015 until the November 2016 election, wrote People magazine, adding that she joined the Sussexes from public relations company Freuds, "where she oversaw global corporate accounts with a particular emphasis on executive thought leadership and purpose-led campaigns". Having dual US/UK citizenship Latham also served as special adviser to the Secretary of State for Culture, Media, Sport, and Olympics ahead of the 2012 games in London. She was one of 15 staff members who lost their jobs after "Megxit".

The connection between the Duchess of Sussex and Hillary Clinton does not end there. Markle has long been known as an outspoken supporter of the former first lady and secretary of state. According to People magazine, Meghan was only 11 years old when she wrote a letter to the politician asking for help "when she found a TV advertisement to be sexist". She also wrote to Linda Ellerbee, Gloria Allred, and the company behind the ad. Meghan received responses from all three women and the company changed the wording in its commercial.

We’ve got #RoyalWedding fever this #FactFriday. At the age of 11, soon to be Royal - Meghan Markle took offense to a gender-specific soap advertisement. She wrote a letter standing up for equality, not just to @ProcterGamble, but to First Lady @HillaryClinton as well. pic.twitter.com/tLmksSW685

​Later, being a celeb, Markle supported World Vision's Clean Water Campaign in Rwanda in 2016. With partners Procter & Gamble and many others, World Vision carried out the noble initiative through the Clinton Global Initiative Commitment to Action.

On 14 November 2019, the Daily Mail reported that two days earlier Hillary Clinton had unexpectedly showed up at Meghan Markle and Prince Harry's British residence, Frogmore Cottage. Earlier, Clinton told the BBC that she felt "like a mother" and wanted to hug Meghan amid growing media criticism and "racist" abuse against the duchess.

"I feel as a mother I just want to put my arms around her. Oh my God, I want to hug her. I want to tell her to hang in there, don’t let those bad guys get you down", Hillary Clinton said of Meghan Markle and the abuse she's faced in the British media https://t.co/r53lBbAuuL

​The Daily Mail quoted an anonymous source as saying that "both women have a lot of admiration for each other and it was a very sweet, warm meeting". Page Six suggested that the reported visit was allegedly arranged by Sara Latham.

Commenting on the Oprah interview, Hillary Clinton told The Washington Post Live event on 8 March 2021 that she found it "so heart-rending to watch" and bemoaned the "cruelty" of the "British tabloids" going after Meghan.

"Well, you know, this young woman was not about to keep her head down. You know, this is 2021 and she wanted to live her life, she wanted to be fully engaged and she had every right to hope for that", the former Democratic presidential hopeful said.