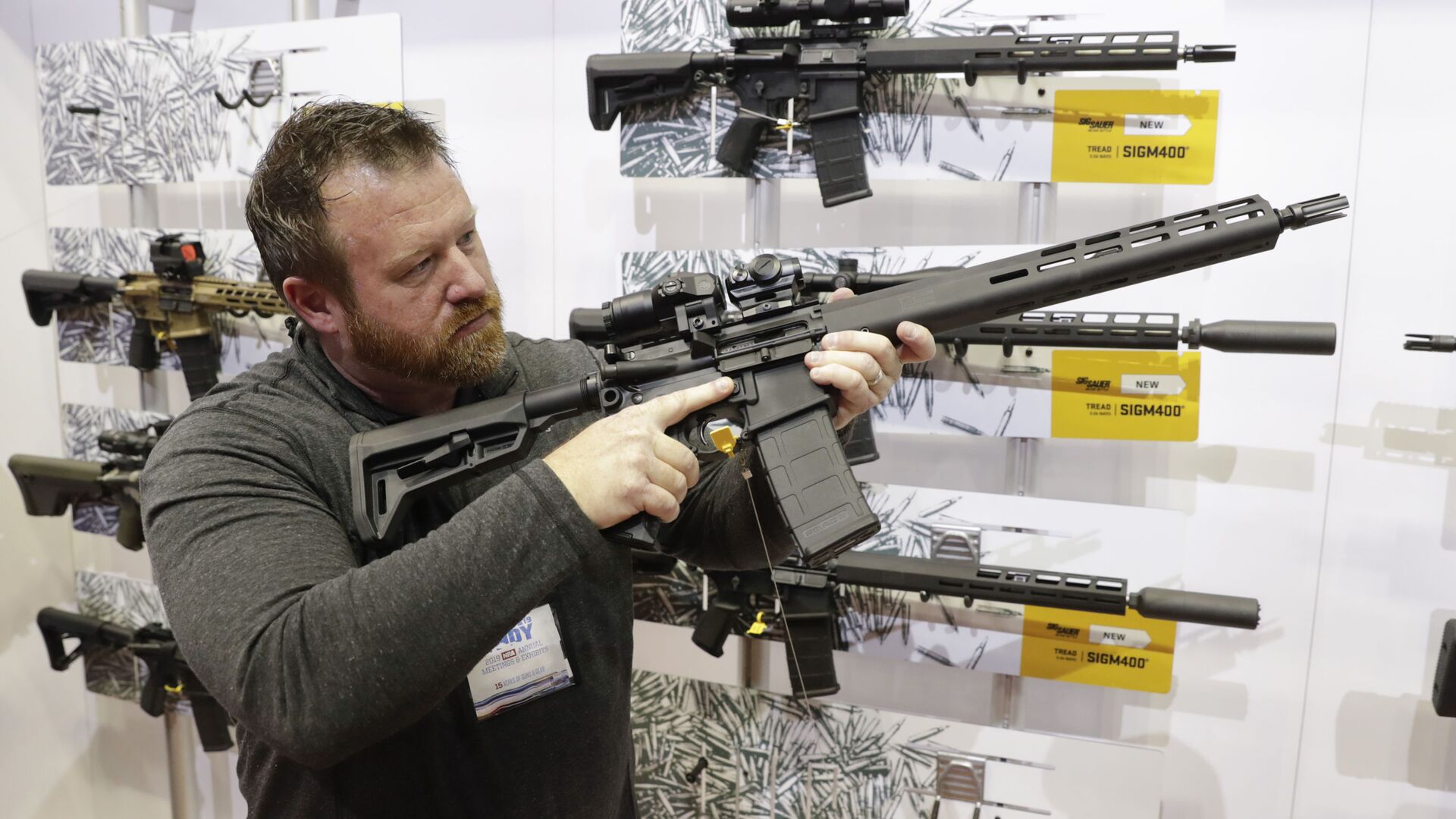 Ekaterina Blinova
All materialsWrite to the author
Monday's massacre at a Colorado supermarket, that left 10 dead, including a policeman, has revived the debate about gun control. The tragedy came in the wake of the Georgia shootings which killed eight people on 16 March. An expert has explained how criminals may have the advantage over law-abiding Americans if stricter gun laws are passed.

On Tuesday, President Joe Biden called upon US senators to immediately pass two House bills, H.R. 8 and H.R. 1446, "to close loopholes in the background check system" in the wake of two deadly shootings that rocked America this month. The first one, H.R. 8, makes it illegal for anyone who is not a manufacturer, dealer, or licensed firearm importer to trade or sell guns, and the second one, H.R. 1446, extends the length a federal background check can take from three days to 10. According to National Review, both laws could face an uphill battle in the Senate.

Moreover, Biden has called for a  ban on assault weapons similar to one passed by US Congress in 1994 which envisaged prohibiting the manufacture for civilian use of certain semi-automatic firearms and high-capacity magazines for 10 years.

"We should do it again," the president insists. The White House is reportedly considering taking executive action on gun control which is seen by the GOP as an attack on Americans' rights as enshrined in the Second Amendment.

"In regards to stricter rules on gun ownership, this is a political talking point," says Derek Maltz, a national security public safety executive and former agent from the Drugs Enforcement Agency. "That doesn't make any sense to me. I'm not a huge gun guy. However, bad guys can get guns just like bad guys can get drugs. The black market is very significant and regardless of the rules and regulations put into place, bad guys who want to use guns and kill are going to find guns, period."

Maltz highlights that the problem is getting increasingly severe given that American citizens are under attack as "millions are coming into America and we have no idea who they are," referring to the current crisis at the south-western border. "Just in Texas in the month of March, in a couple of weeks, there were more than 40 countries represented in the apprehensions," he notes.

The media refuses to hold the President accountable for the #BidenBorderCrisis.

​On 10 March, US Customs and Border Protection (CBP) unveiled that it had encountered 100,441 persons attempting entry along the south-west border in February which accounted for a 28 percent increase over January 2021. Over the same time, drug seizures increased 50 percent, the CBP said.

"People are coming into America from around the world, so we want to make sure that the law-abiding citizens in America can protect themselves and their families from these radical people with all types of agendas to kill and to harm," says the former DEA agent.

He warns that organised criminals from all over the world may take "complete advantage of any type of new and stricter gun laws": "they will sell guns on the black market, which means bad guys will have complete access." Tough gun regulations do not actually work, according to Maltz, who points out that despite the very strict gun laws in Chicago and some other cities, there are very high levels of violence and shootings.

"The politicians in Washington need to pay attention to the growing threats coming into our country, especially from the south-west border," he stresses. "The more special interest aliens and unknowns that come into our country have, the greater the threats we have." 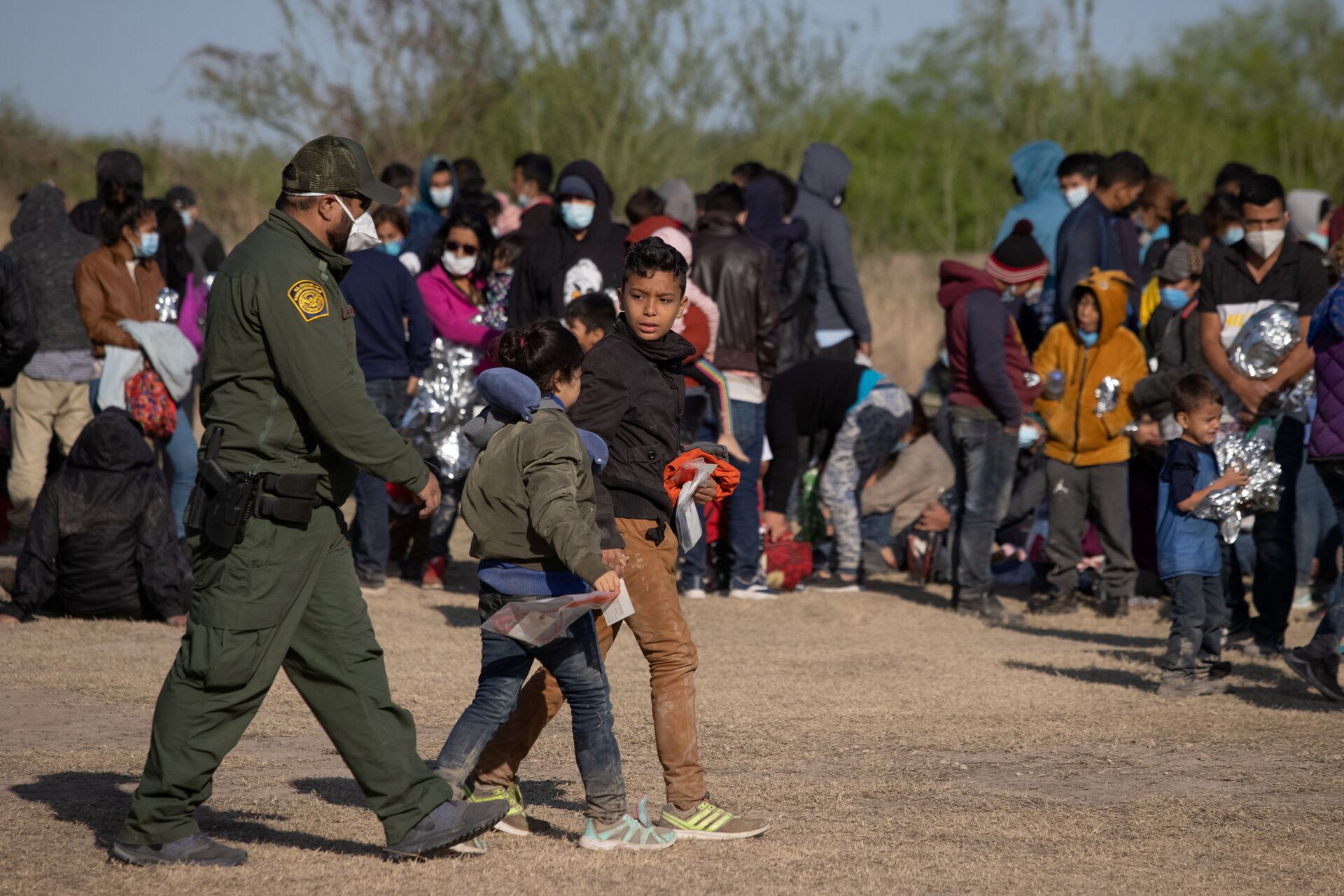 'Americans are at Great Risk'

Colorado shooting suspect, Ahmad al-Aliwi Alissa, 21, had bought the AR-15 rifle six days before the massacre he perpetrated. A motive for the attack has not yet been established.

The attack on Americans today by a lone gunman was an effect of Islamist radicalization. To see some Biden administration officials assume he was “white” before his name emerged demonstrates the hostility they have for millions of law abiding citizens they have demonized

​It transpired that Alissa had already been on the FBI's radar at the time he committed the crime. Citing law enforcement officials, the New York Times reported on Tuesday that the young Arab from the Denver suburb of Arvada was linked to another individual investigated by the bureau. This circumstance prompted some observers to wonder why the FBI failed to prevent the bloodshed.

"I don't have all the details on what exactly the FBI knew about the subject. However, I will say that the FBI works very hard every day with massive amounts of threat information based on limited resources," says Maltz. "It's impossible to do a full and extensive investigation on every tip and lead that they receive. In this instance, I don't think it's possible to prevent somebody who is predisposed to conduct a mass shooting."

Similarly, it's impossible for one agency or several agencies to contain the growing and emerging threats to America, because many US laws are antiquated, he argues. There is the need to do a better job on social media screening, and Big Tech should assist law enforcement, identifying some of these trends based on algorithms and technology, according to Maltz. "Bad guys will take complete advantage of the vulnerabilities and the weaknesses in the system. And unfortunately, our public is at greater risk," he concludes.