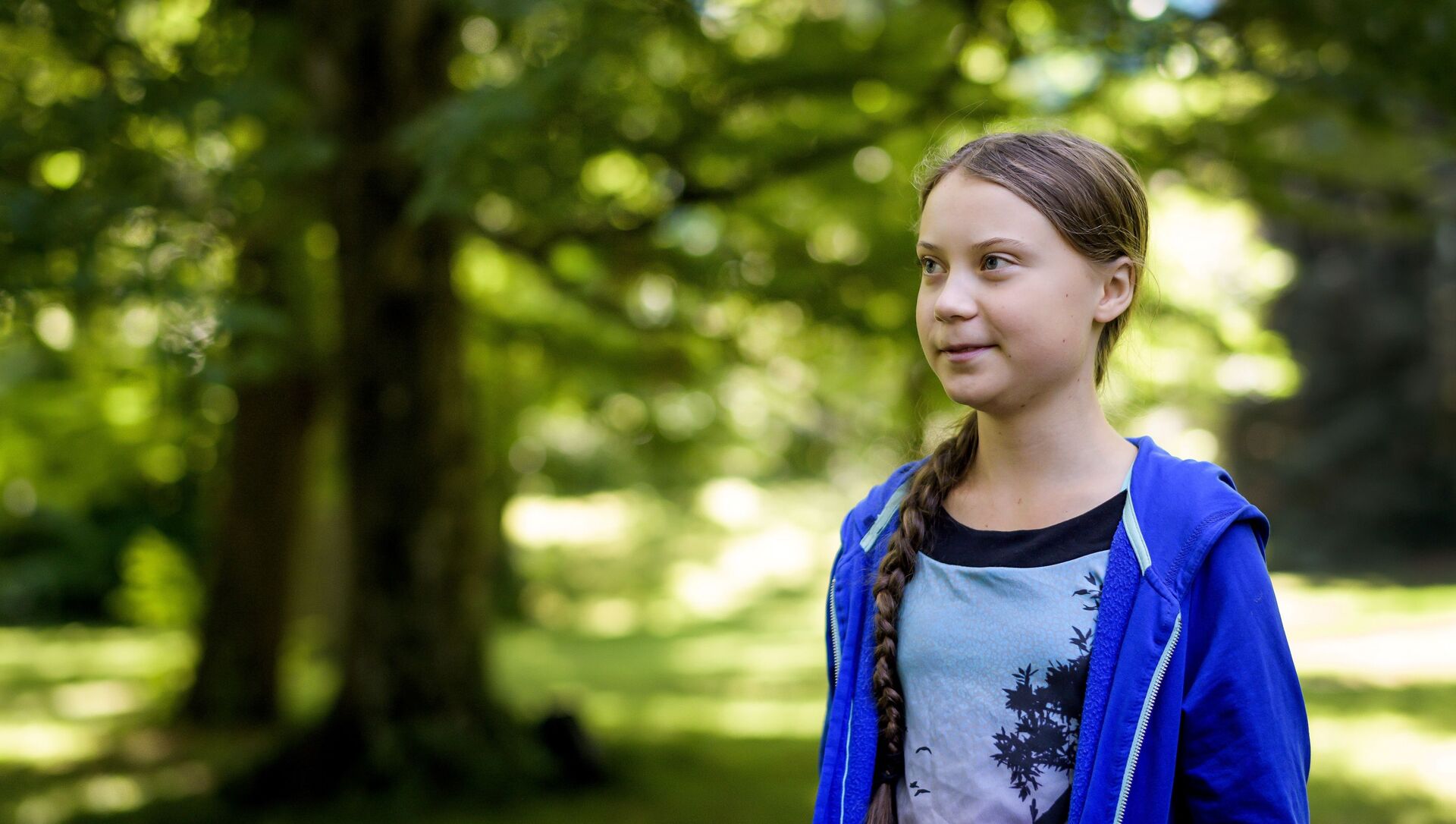 Daria Bedenko
All materialsWrite to the author
Swedish climate activist Greta Thunberg drew global attention after challenging world leaders over the "climate crisis", which she views as one of the most important challenges currently facing humanity.

The University of Winchester in the United Kingdom is facing criticism over its decision to erect a life-size statue of Greta Thunberg in late March.

Particularly, the move to honour the Swedish teen activist raised eyebrows among members of the University and Colleges Union (UCU). In its Twitter account, the branch tweeted that it has filed a motion of censure over the decision to spend £24,000 (some $32,800) on a Thunberg sculpture "after years of austerity".

We have just passed the following motion regarding @_UoW’s decision to spend £24k on a statue of Greta Thunberg after years of austerity @winchestersu @dailyecho @hantschronicle: pic.twitter.com/CeDOCCqJe4

​The UCU, however, clarified that it was not the person being honoured with the statue or the cause for which she fights that it felt was inappropriate.

"To be clear: our concerns are about the expenditure and transparency of decision making by the university, which have long been opaque, not the subject of the statue", the union noted.

Many people were concerned about the subject, however, questioning the achievements that made the climate activist deserve a statue.

Why does she deserve a statue 🤣

Can I get a statue too?

I can yell at boomers too!!!

The statue looks more animated than the model and probably will do more with its life.

​Some warned that the sculpture would be toppled.

One more statue to topple in 20 years

Others were more agreeable to honouring Thunberg, only questioning whether she had a connection with the university.

"To be fair, Greta probably is inspirational to many of the current generation of students and, given that it’s at the university, I don’t think there is a particular reason for a strong Winchester connection. Usually statues are erected to reflect a long-lasting legacy and that will be the test with this one", The Chronicle cited one of the readers' opinions.

Any backlash, however, does not appear to be affecting the fate of the sculpture, which was ready in the middle of the month and is set to be unveiled on 30 March, according to the sculptor behind the statue, Christine Charlesworth.

The artist received positive comments toward her work, with many praising the project as "great", "amazing" and "brilliant".