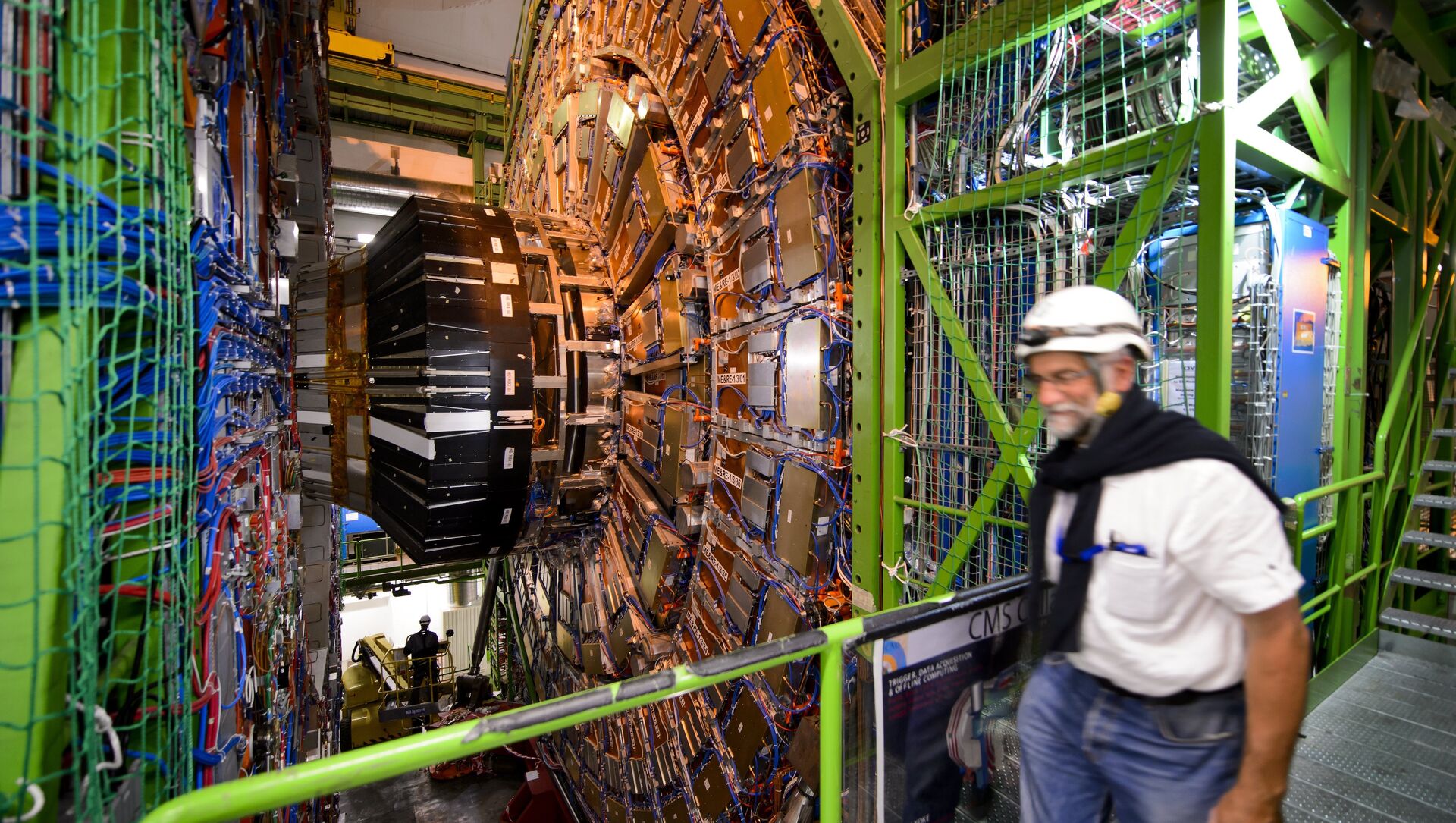 Lilia Dergacheva
All materialsWrite to the author
Despite the results of the ongoing LHC experiment being a “statistical fluke”, as a researcher dubbed them, the survey may cause the scientific community to drastically modify the existing, long-proven edifice of how the universe functions.

A long-term experiment at the Large Hadron Collider (LHC) at Cern, Switzerland, by the European Organisation for Nuclear Research has been looking into the 'beauty' quark, a subatomic particle that breaks down into even more minute particles in an uneven fashion.

The conclusion contradicts existing fundamental theory about the build-up of the universe, which means that, should it prove true, “then there’s potentially a new force of nature”, according to Dr Mitesh Patel of Imperial College London, who worked on the research, cited by The Independent.

The standard model encompasses all of the known elementary particles and the four forces that operate them, namely gravitational and electromagnetic interaction, which come as both strong and weak interactions, which function solely at a subatomic level. However, the standard model has turned out to have a number of major gaps and drawbacks, despite being an important stepping stone to a more profound perception of physical reality.

“This new result which we’ve just put out today is in one of our key areas. The key areas our detector focuses on are the differences between matter and antimatter and rare decay processes. This result today is in the latter category”, Professor Chris Parkes, who has worked in this field for a quarter of a century and leads the project, told The Independent.

He detailed how the 'beauty' quark decays into a certain final state about one in a million times, with the outcome, the way beauty is ultimately shaped, possibly containing electrons or muons – “like the heavy version of electrons”.

Parkes remarked that beauty's decay into the two different states is predicted by the standard model to happen at exactly the same rate.

“There isn’t any theoretical uncertainty about this,” he said, saying the experiment is one of the four large probes at the Large Hadron Collider currently engaging 1,000 scientists and engineers from 19 countries and 85 institutes.

The observations, referred to the physicist as “just a statistical fluke” provide a hint, “a potential sign of a deviation from the particles decaying at the same rate as each other. We’re seeing more of the beauty quarks decaying into electrons than into muons,” he noted.

The physicist argued that if proved conclusive and confirmed, the theory would be extremely exciting because the standard model issues “a firm prediction that this shouldn’t occur in this way, so [we would] have to fundamentally modify that theory” that is incapable of answering big fundamental questions despite having been almost “indestructible” since the 1960s.

Among the key mysteries that have yet to be unravelled are the existence of dark matter or the hypothesis that the universe was created with equal amounts of matter and antimatter, while, according to our best research and technology, currently consists entirely of matter.