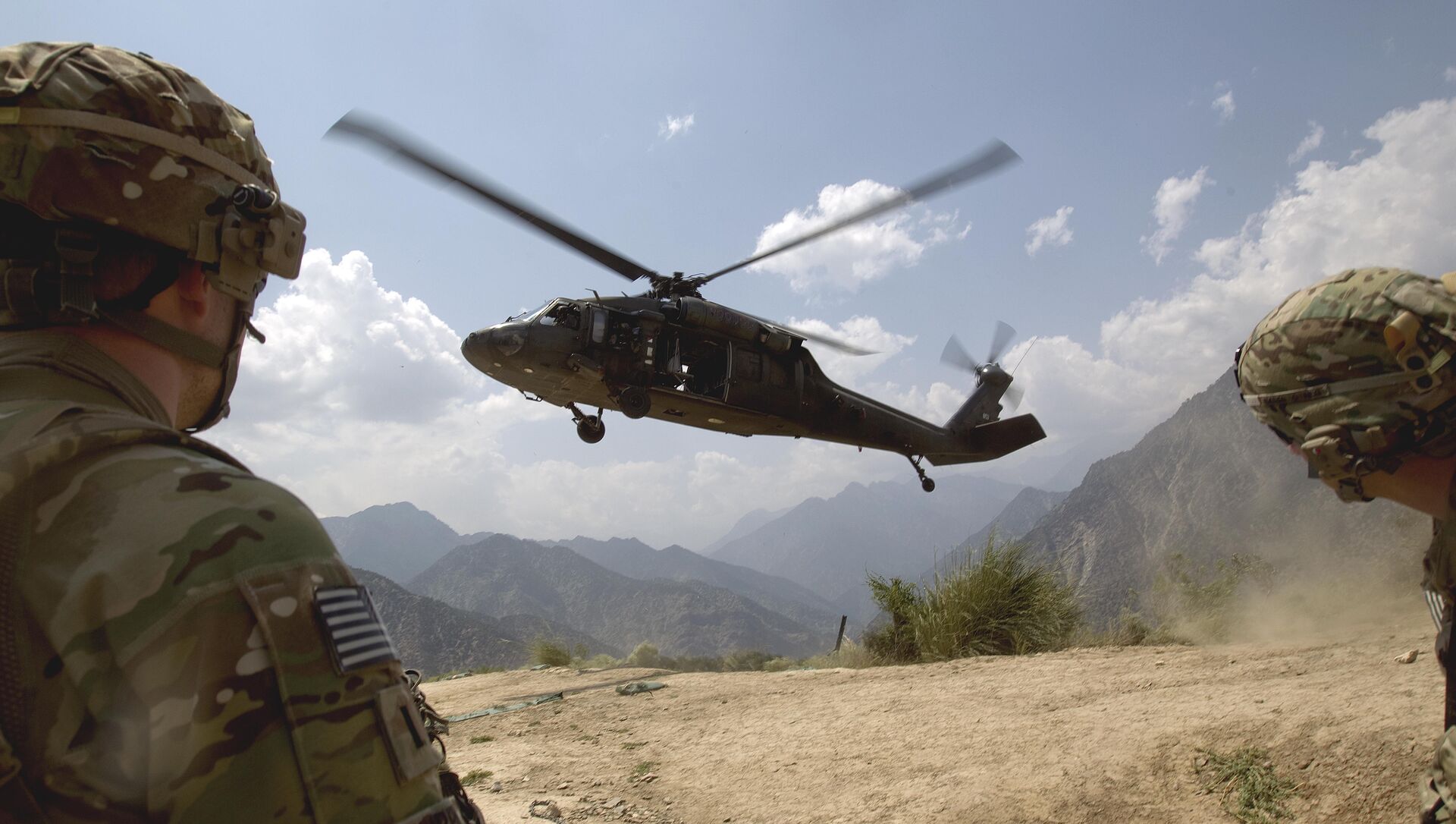 Morgan Artyukhina
All materialsWrite to the author
The Biden administration has cast new doubts it will uphold the Taliban peace deal agreed to by his predecessor, which requires the US to totally withdraw from Afghanistan by the end of April. The 20-year-long, over-$2 trillion war has been characterized by one fiasco after another.

A new report by the US Department of Defense Inspector General (DoD IG) has found that US forces in Afghanistan failed not only to bill coalition partners for rotary-wing transport services for years, they didn’t even record the information, making calculating the loss impossible.

Because not all of the nations that form the Resolute Support coalition, the US-led war in Afghanistan, have adequate transportation vehicles for getting around the rugged country, US Forces-Afghanistan (USFOR-A) provides them with transport free of charge. However, other nations must “pay to play,” and reimburse the Pentagon for the expense.

According to the report, the failure spanned across several offices: USFOR-A Multinational Logistics “did not obtain flight data, determine rates, or establish an agreement with Coalition partners for air transportation services” and the larger US Army Central (ARCENT) Logistics Directorate it is a part of “did not have internal controls in place to identify if orders were initiated.”

The incident recalls another logistics mishap from the Saudi-led operation in Yemen, which the US supported in various ways until last month when the Biden administration pulled the plug. From 2015 until December 2018, however, the US provided the Saudi-led coalition air forces with aerial refueling services from tanker aircraft. In September 2017, CENTCOM told The Intercept it didn’t track which aircraft it refueled were American or part of the coalition, resulting in underbilling to the Saudi and Emirate governments.

Fifteen months later in December 2018, after the Saudis dropped their use of American tankers amid international outcry over their campaign in Yemen, the Pentagon sent Riyadh a $331 million invoice for the service. The incident prompted a wider investigation of Defense Logistics Agency records by the inspector general.

In February 2020, the US signed a peace deal with the Afghan Taliban militant group to end its involvement in the 19-year-long war. US forces have steadily withdrawn amid a shaky ceasefire, although the Taliban has yet to reach a similar deal with the Afghan government in Kabul, which it views as a puppet of Washington.

The US is scheduled to be totally out of the country by May 1, 2021, but recent news has cast doubt on that timeline. Last week, The New York Times reported there were 1,000 more troops in Afghanistan than the 2,500 the Pentagon had admitted to in its reports of a steady drawdown of forces. Then, US President Joe Biden said it would be “tough” to meet the May 1 deadline.

“That was not a very solidly negotiated deal that the president, the former president worked out,” Biden told ABC’s George Stephanopoulos on March 16. “We’re in consultation with our allies as well as the government, and that decision is in process now.”

He added that departing by May 1 “could happen,” but said “it is tough.” Biden then blamed former US President Donald Trump’s refusal to recognize his electoral defeat in November 2020, which resulted in a lack of the information sharing and briefing that typically characterizes the transition of power between presidents.