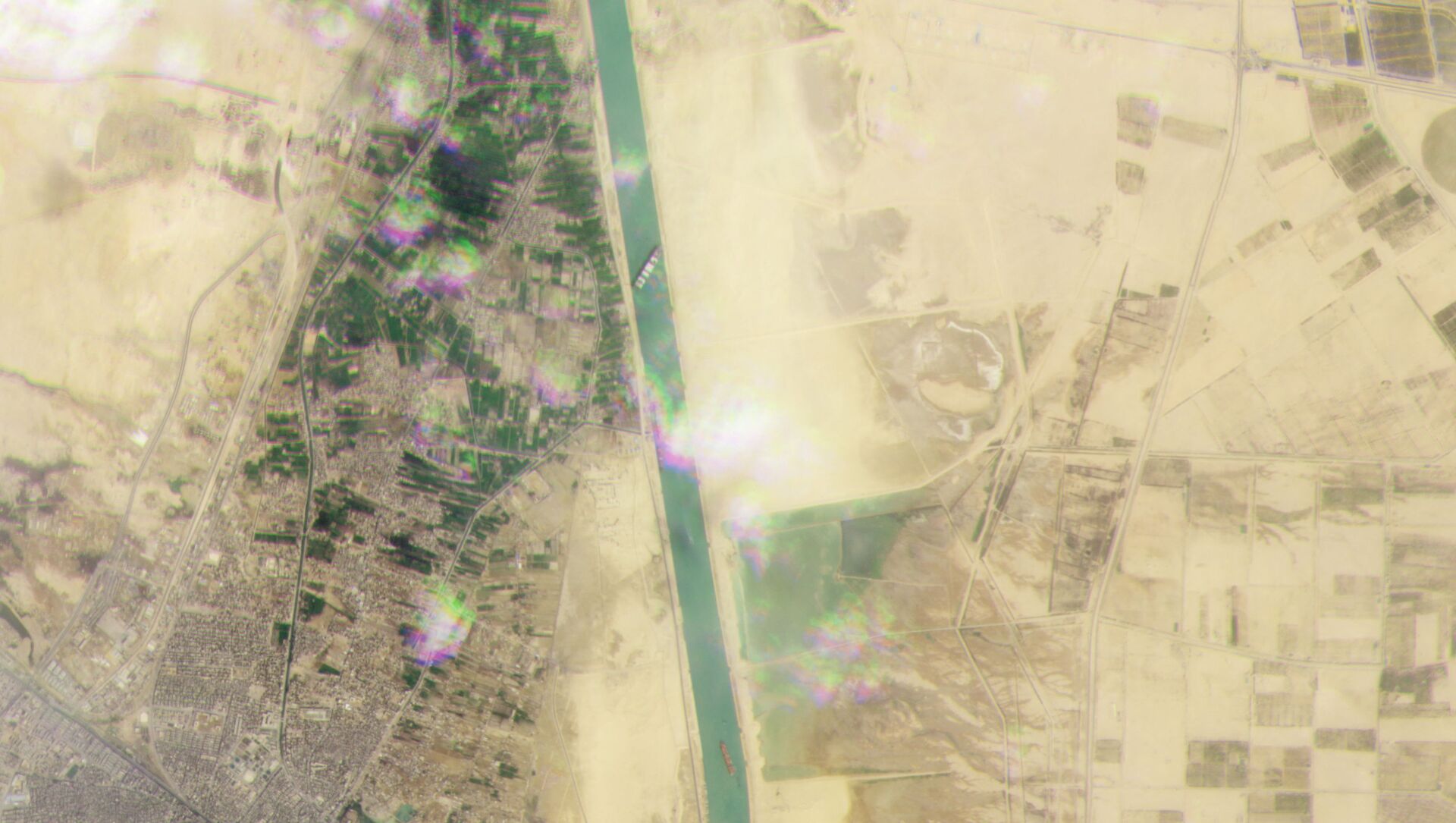 Chris Summers
All materialsWrite to the author
A huge container ship has been blocking the Suez Canal in Egypt, causing a big traffic jam in some of the world’s busiest shipping lanes. But how does the canal operate and has this ever happened before?

Tug boats are trying to free the 224,000-tonne container ship Ever Given, which became stuck in the Suez Canal after the skipper lost control during a sandstorm.

The blockage of the Suez Canal - one of the world's busiest waterways - threatens to tarnish the reputation of the crucial channel. 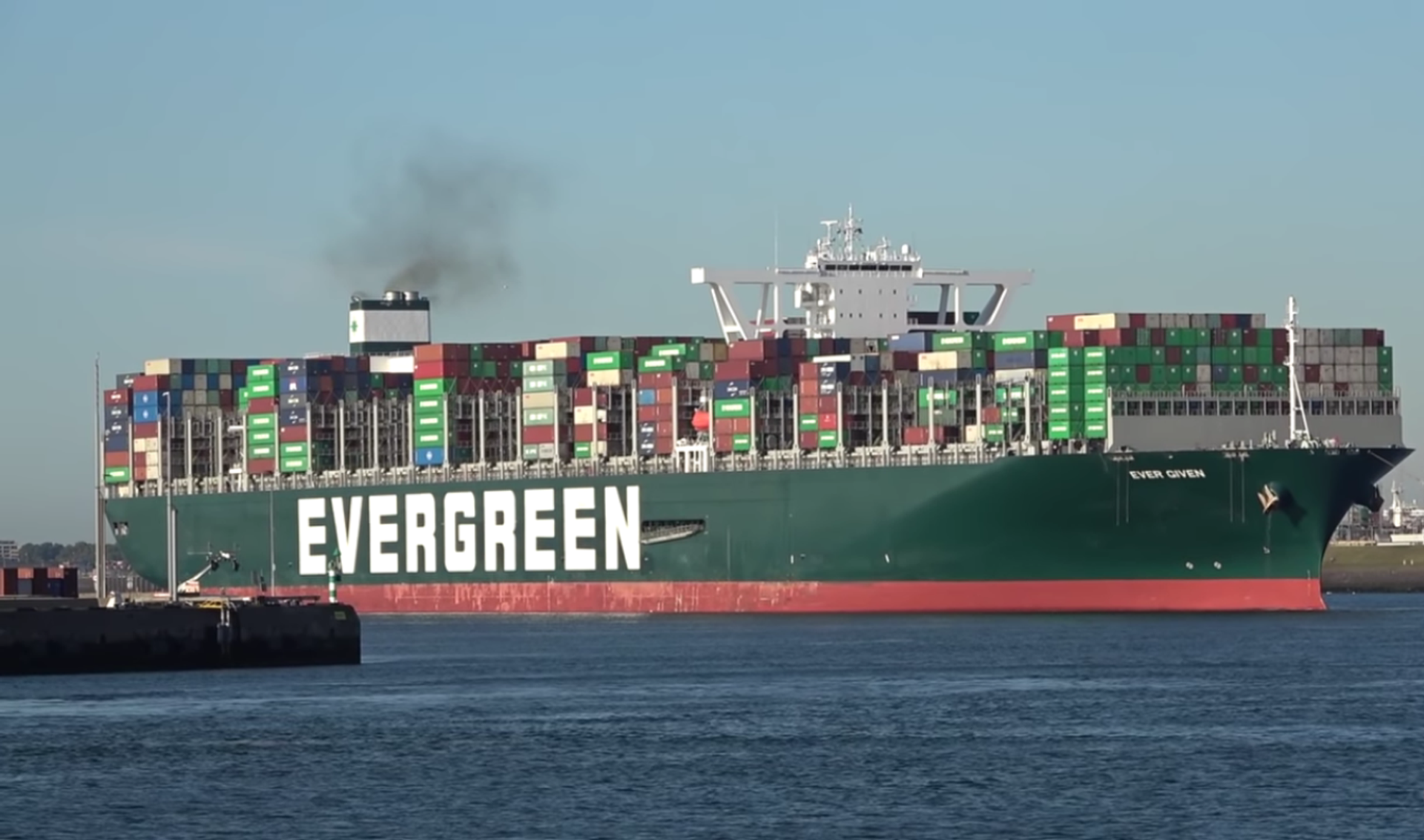 The canal runs for 120 miles (193 kilometres) from Port Said on the Mediterranean coast to the Red Sea, emerging next to the port of Suez, which gives the waterway its name.

Almost 2,000 years before the birth of Jesus Christ a narrow canal was dug on the orders of the Egyptian Pharaoh Senausret III. It linked the Red Sea to the Nile and emerged into the Mediterranean much further west.

In those days it helped speed up the trade of goods between ancient Greece, Turkey and the Levant, east Africa and Persia.

But nowadays it enables ocean-going vessels to cut the journey time between Europe and Asia by three days.

In the 19th century a new canal was proposed, bisecting the isthmus of land which connects Africa and Asia.

It was designed by the French engineer Ferdinand de Lesseps and financed in France but had the support of the Egyptian khedive, Sa'id Pasha.

The canal was initially opposed by Britain, which feared it might undermine the British Empire’s dominance of maritime trade.

The original estimated cost of the canal was 200 million francs - roughly equivalent to £10 billion (11.6 billion euros) today - and it took 10 years to build, finally opening in November 1869.

Five years later the British Empire, by then realising they had missed a trick, bought a 44 percent share in the canal from the Egyptians government.

French shareholders continued to own the majority of the stocks in the canal company, which had been given a 99-year lease by the Egyptians.

There was also a huge human cost of building the canal - 120,000 construction workers died, although the death rate per capita was higher on the Panama Canal, because of the added danger of tropical diseases.

Link With Statue of Liberty

Very few Americans realise that the Statue of Liberty, which now dominates New York harbour, was once envisaged for Egypt.

The French sculptor Frédéric-Auguste Bartholdi wanted to put up a giant statue to celebrate the opening of the Suez Canal and had pitched the idea to De Lesseps.

Bartholdi had visited Luxor, the ancient Egyptian capital, in 1855 and was also obsessed with the idea of the Colossus of Rhodes, one of the Seven Wonders of the Ancient World.

If you think youre having a bad day, spare a thought for the helmsman who somehow managed to stick his giantass ship sideways into the goddamn Suez Canal & blocked it into literal gridlock & is currently costing every seafaring nation of Earth like millions of dollars every hour pic.twitter.com/DIWAxwctXa

​He proposed a woman dressed in traditional ancient Egyptian garments, holding a torch and proposed to call it Egypt Bringing Light to Asia.

The statue would also have doubled as a lighthouse with the torch acting as a navigational aid for shipping.

But the idea was rejected and in the 1870s Bartholdi pitched another version of the statue to the Americans. It was eventually given the green light and in 1886 the finished “lady of liberty” was erected on a plinth in what was then known as Bledloe’s Island.

In 1956 Egypt’s nationalist leader and leader of the pan-Arab movement, Gamal Abdel Nasser, announced that he was nationalising the canal.

The decision outraged the British Prime Minister, Anthony Eden, and his French counterpart René Coty and they cooked up a secret intervention plan with Israel.

But the military intervention was botched and the Arab world was furious.

The Soviet Union offered support to Egypt and the United States, fearing Nasser would be driven into Moscow’s arms, exercised its growing political power and forced the British and French into a humiliating withdrawal.

Egypt set up the state-owned Suez Canal Authority, which continues to run the waterway, dredging the channel and charging tolls to ships passing through.

In 1967 Israeli troops advanced to the east bank of the canal during the Six-Day War and because Israel and Egypt were still technically at war it was too dangerous for shipping and remained out of action for eight years.

Ships bringing oil from Iran, Iraq and Saudi Arabia to Europe and North America were once again forced to take the long route around the Cape of Good Hope and there was a consequent jump in oil prices, which led to rises at the petrol pumps.

Egypt did not regain full control of both banks until 1975 when the canal was reopened.

In 2015 completed a US$8.2 billion programme of expanding of the Suez Canal, deepening the main channel and providing a 22 mile bypass, which can be seen from space.

Sadly the canal bypass, which is near the town of Ismailia, was of no use this week when the Ever Given got stuck 50 miles further south.

In September 2020 Egypt’s Planning and Economic Development Minister, Hala El-Said, announced plans to further modernise and expand the Suez Canal at a cost of US$1 billion.

The proposal includes plans to build four new tunnels underneath the canal.

Prior to the pandemic the Suez Canal Authority raked in US$5.6 billion a year but estimated this would go up to US$13.2 billion by 2023.

The French may no longer own the canal but Suez Environment, a Paris-based corporation which can trace its origins back to Ferdinand de Lesseps, is now the world's biggest provider of water and waste services.