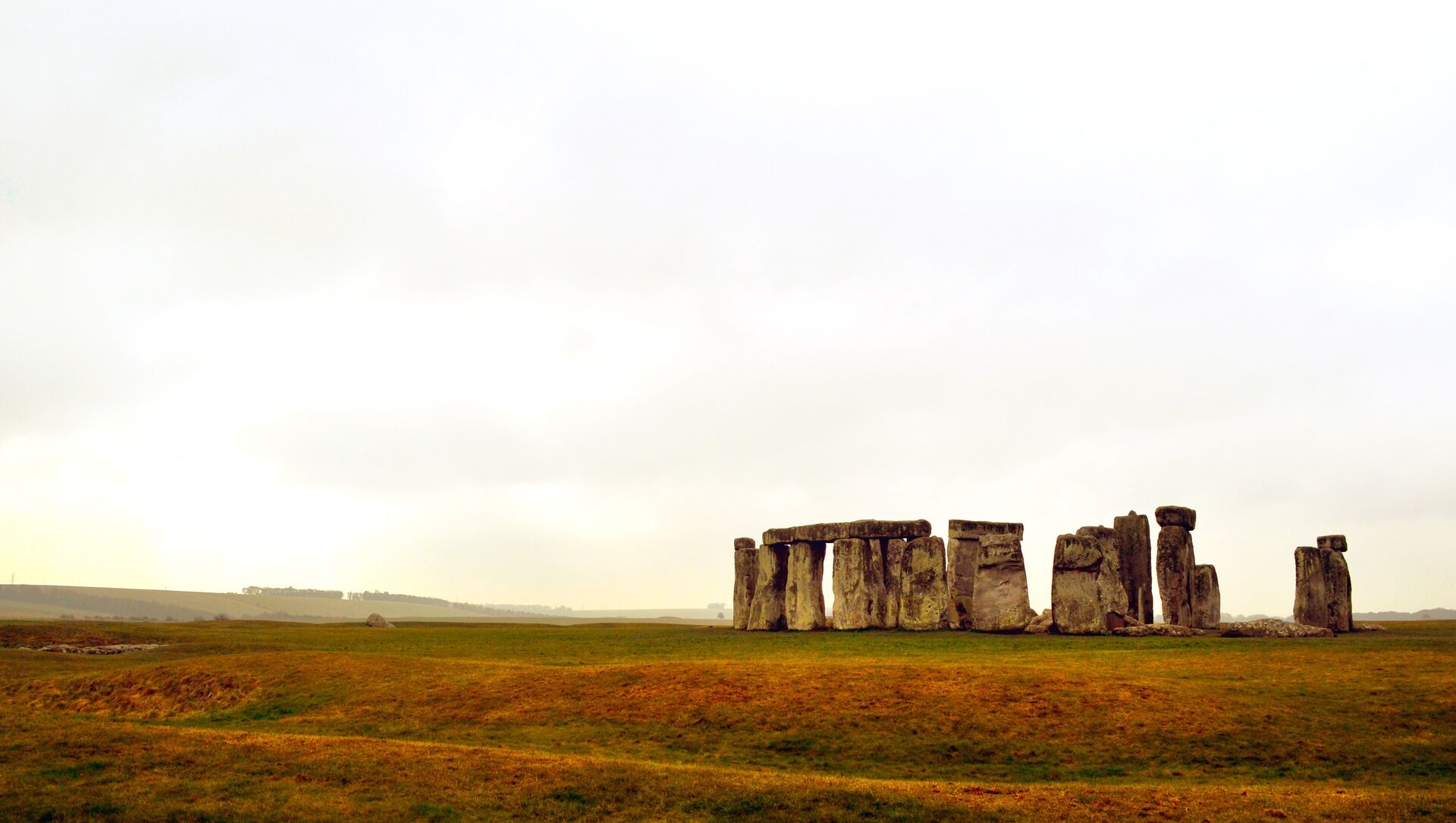 Lilia Dergacheva
All materialsWrite to the author
Stonehenge drew renewed interest last month after the remains of an ancient stone circle were dug out at Pembrokeshire's Preseli Hills in Wales, with many suggesting that the plain just outside Salisbury could not be not the original location of the roughly 4,500-year-old stone structure.

Stonehenge has been, according to reports, “decoded” by archaeologist Susan Greaney and an anthropologist, Mary-Ann Ochota, after the former claimed the monument “isn’t actually a proper henge” during a visit to the famous site, which came as part of the English Heritage’s “Secrets of our Sites” special project video.

“The sites that we are decoding today are Woodhenge and Stonehenge, both bearing the name ‘henge’,” Ochota addressed her viewers, with Greaney explaining how the structures got the second half of their names, cited by the Express.

“A henge is a circular earthwork monument surrounding other things. Sometimes it is stone circles, sometimes timber circles”, Greaney said, referring to the location they found themselves in as “the ditch, or the henge of Stonehenge”.

At that point Ochota weighs in, probing why some have claimed that it “isn’t actually a proper henge”.

“Henges are built between about 3,000BC and 2,500BC. This is a particularly early one”, Greaney said in response, further suggesting it would be justified to refer to it as “a proto-henge" because “we have a ditch with an outer small bank and an inner large bank”, whereas, in proper henges, there is an outer bank alongside a ditch.

The expert unraveled secrets of the site before the huge stones were set up to shape the image we know well today.

“The earthwork is much earlier, it was probably built around 3,000 BC. At that time we probably just had the enclosure and some pits inside the bank called Aubrey Holes,” the English Heritage archaeologist explained, saying the pits could have held stones or been used to place the cremated dead.

Earlier in the video, Ochota speculated on how animal bones, 38,000 pieces from pigs and cattle, were previously found at the nearby Durrington Walls. She specified that from isotope analysis of the bones, researchers derived the origins of the animals as Wales, as well as northern Britain.

“They must have come here on the hoof in order to be fresh meat – we don’t know whether that means were complex trading networks across Britain at that time, or people were coming here with their animals”, she pondered, assuming the people residing in the area at the time could apparently afford food wastage: “When the remains of these animal meat feasts were thrown into the ground, there was still plenty of meat attached to the bones, which indicates that they could afford to throw meat away”. 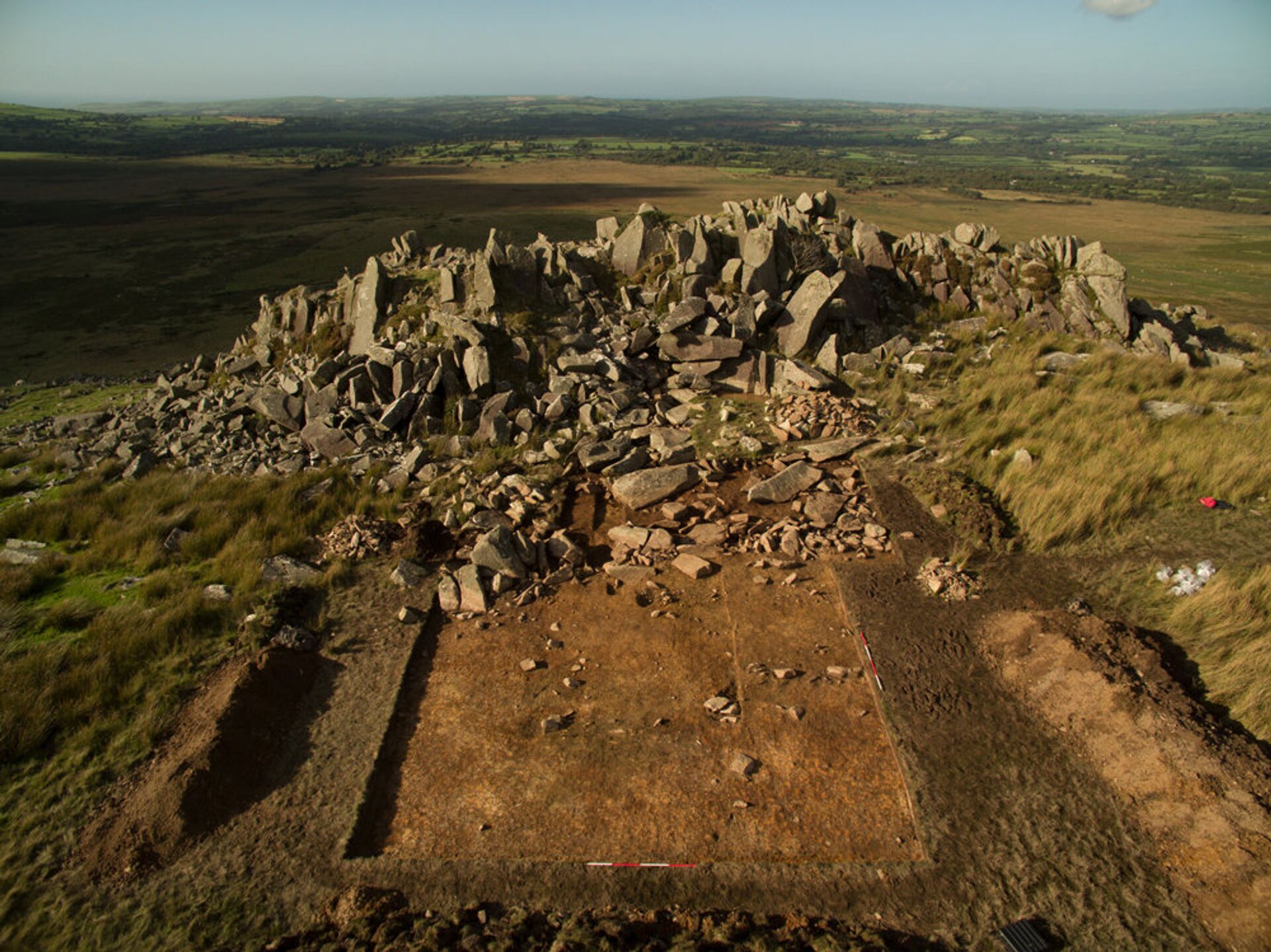 A number of tests at the site of Stonehenge have found the structure to be the brainchild of ancient Britons, described by National Geographic as a "primitive and little-known people" residing in the area at the time when Britain was gradually moving into the Bronze Age, around 4,500 years ago.

This has since increasingly raised questions how a purportedly technologically-undeveloped people could have built and allegedly transported an engineering masterpiece of that scale, from Wales to another location.