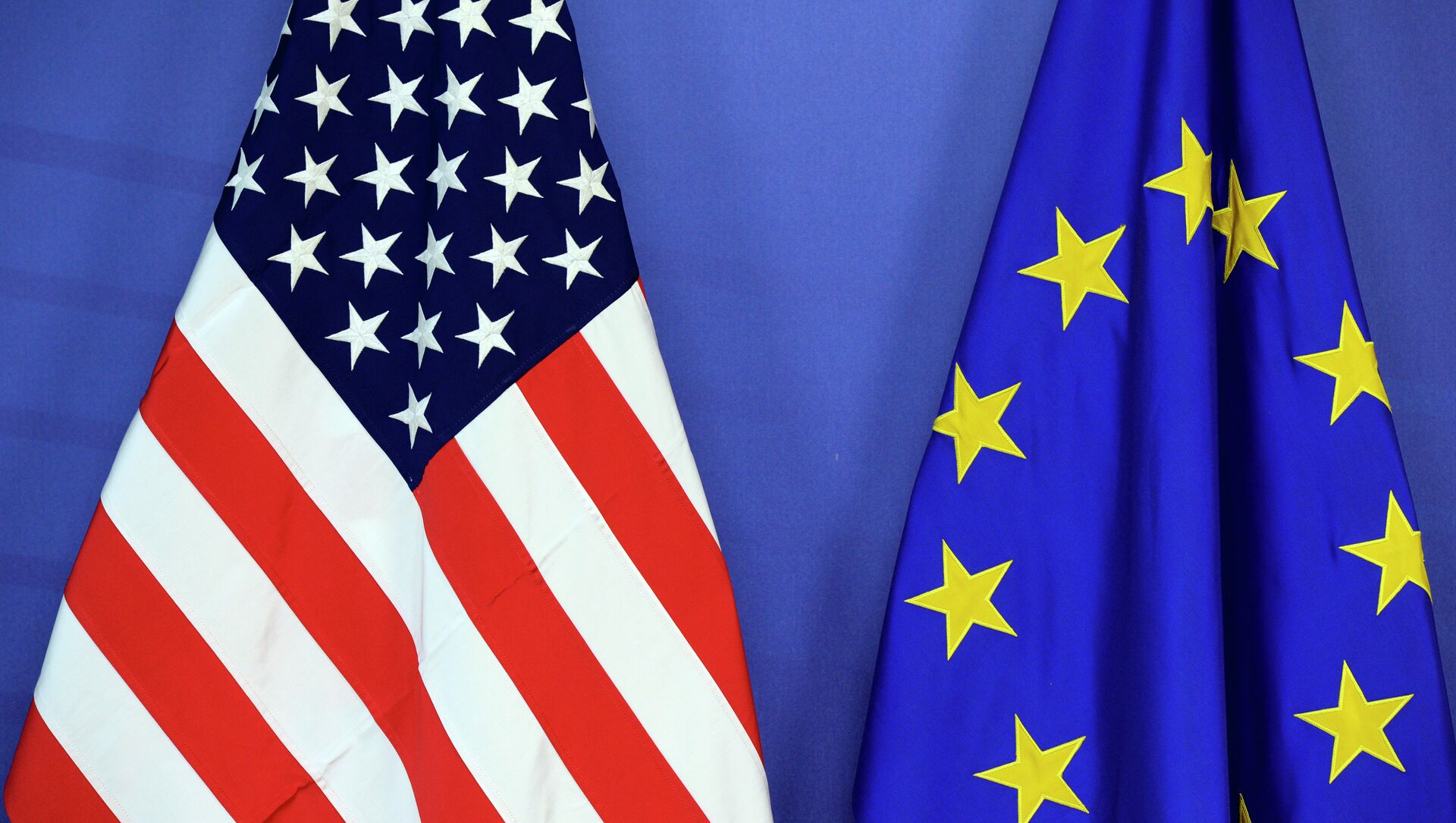 Ekaterina Blinova
All materialsWrite to the author
While the US is trying to enlist EU states to confront Russia and China, Europeans continue to rely on Russian energy and Chinese technology. Post-Brexit UK has labelled Moscow the top threat and issued warnings to Beijing. Will European countries pursue "strategic autonomy" or succumb to US pressure?

Although US-China relations remain largely strained with Joe Biden in no rush to upend trade measures imposed by Donald Trump, Washington is shifting its focus from China to Russia, naming Moscow the major challenge, unlike the previous US administration.

On 16 March, Biden's Office of the Director of National Intelligence claimed that unlike China, Russia meddled in the 2020 election. Moscow denies the allegations. The very next day, Biden resorted to insulting the Russian president outright, while, almost concurrently, Secretary of State Antony Blinken held a top-level meeting with the Chinese in Alaska. A similar strategy of courting Beijing and alienating Moscow was used by the Nixon administration in the 1970s. This time, however, the People's Republic poses a substantial challenge to the US in Europe: China dethroned the US as the EU's top trading partner in terms of goods last year and concluded the Comprehensive Agreement on Investment (CAI) with the bloc on 30 December 2020.

Glenn Diesen, a professor at the University of South-Eastern Norway and author of "Great Power Politics in the Fourth Industrial Revolution," explains why, unlike Nixon, the current leadership does not have leverage to derail Russo-Chinese relations and how the US will try to reduce Moscow and Beijing's influence in Europe.

Sputnik: Will Washington return to Richard Nixon’s strategy with regard to Moscow and Beijing? If so, will this work, in your opinion?

Glenn Diesen: There is a growing recognition that confronting Russia and China at the same time are pushing these two giants together. Early wishful thinking suggested that this was merely a temporary "marriage of convenience," although it appears that Washington is becoming increasingly aware that this strategic partnership is built on a solid foundation.

The typical divide and conquer strategy in such a situation is to reach out to the weaker part of the dyad due to a common interest to balance the more powerful actor. Case in point, [Richard] Nixon and [Henry] Kissinger reached out to a weaker China in the 1970s, which was concerned about being demoted to the little brother of the Soviet Union.

Attempting to reach out to China to split it away from Russia fails at two levels:

·        First, the geoeconomic giant and principal challenge to US global dominance is clearly China. China is restructuring the international economic system with new technological platforms, strategic industries, transportation corridors and banks. Russia is also working towards decoupling from the US-centric economic architecture, yet with less geo-economic power. Russia, however, is an indispensable partner to China geoeconomic strategies in Eurasia. As Russia is not a threat to China, Beijing has very little to gain and a lot to lose by turning against Russia.

·       Second, the US does not have an acceptable format to reach out to China. Beijing is not interested in a re-set of relations based on a "value-based" international order, which entails a teacher-student relationship where the US has the prerogative to interfere in the domestic affairs of China and intervene around the world in the pursuit of national interests – formulated as liberal values. 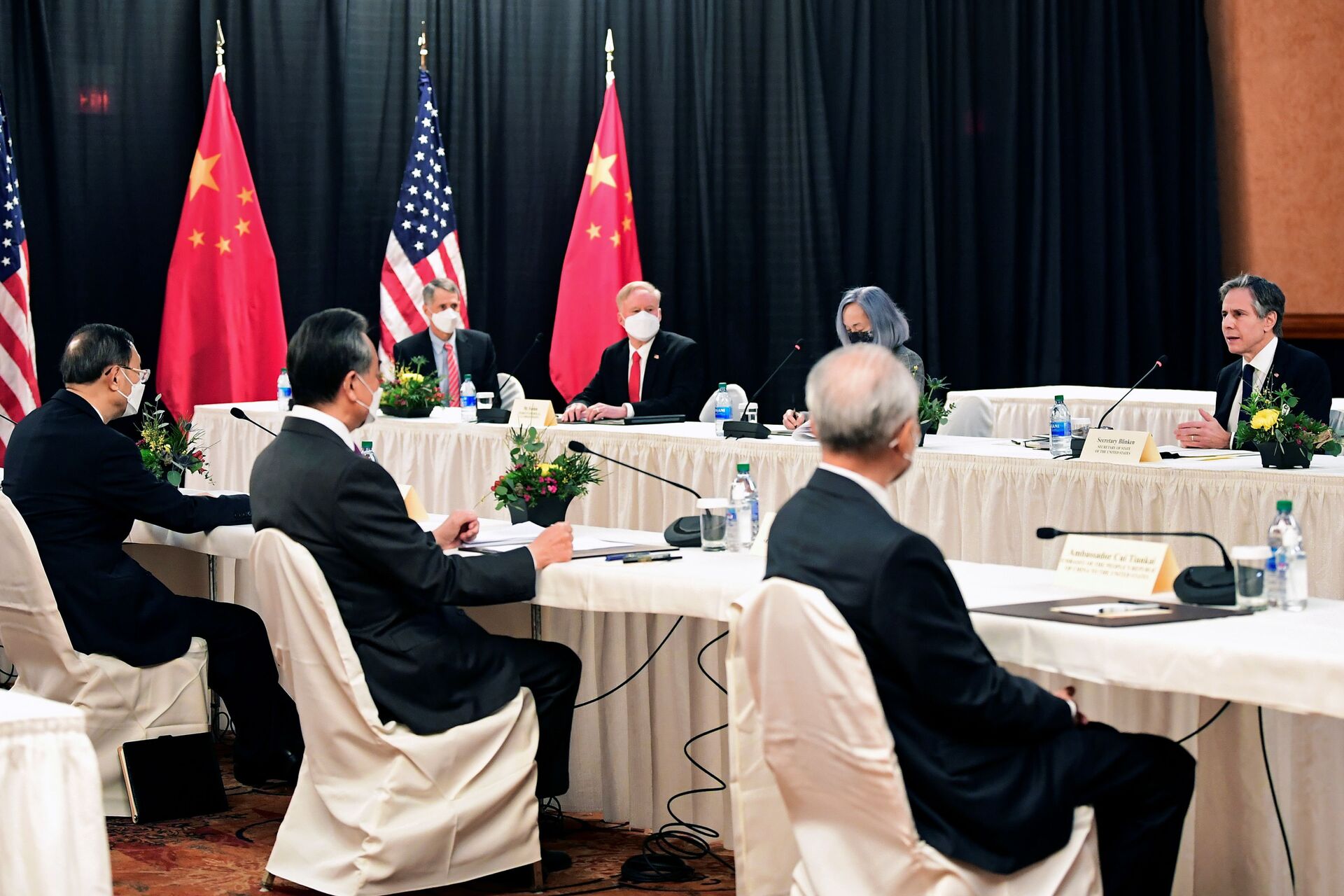 Sputnik: What's your take on Moscow and Beijing's role in the Fourth Industrial Revolution with regard to the EU? Will they be competitors or complementary partners? Could one expect that Washington will continue to disrupt Russo-European and Sino-European cooperation? Is Europe ready to protect its own economic and political interests?

Glenn Diesen: China is currently establishing itself as a European power as its technologies and strategic industries are penetrating the European market. There will always be some competing interests between China and Russia, although to date China has viewed Russia as a partner and thus attempted to harmonise interests. While the West pursue policies that attempt to peel away Russia's neighbours to "save" them from Moscow's influence, China has not formulated its policies in hegemonic terms and thus have greater room for manoeuvre to accommodate Russia.

China is also becoming an important partner for Russia to pursue technological sovereignty by developing its own technological ecosystem to become less reliant on Western technologies. Russia and China will likely experience more tensions in the future, although the confrontational policies both experience from Washington create incentives for further cooperation.

The ability of Washington to accommodate either Russia or China is largely limited to empty rhetoric as US hegemony depends on continued fighting to keep Russian energy and Chinese technologies away from Europe. The EU has recognised the need to establish "strategic autonomy" from the US to assert "European sovereignty," although there is an impulse to retreat into the trans-Atlantic partnership. 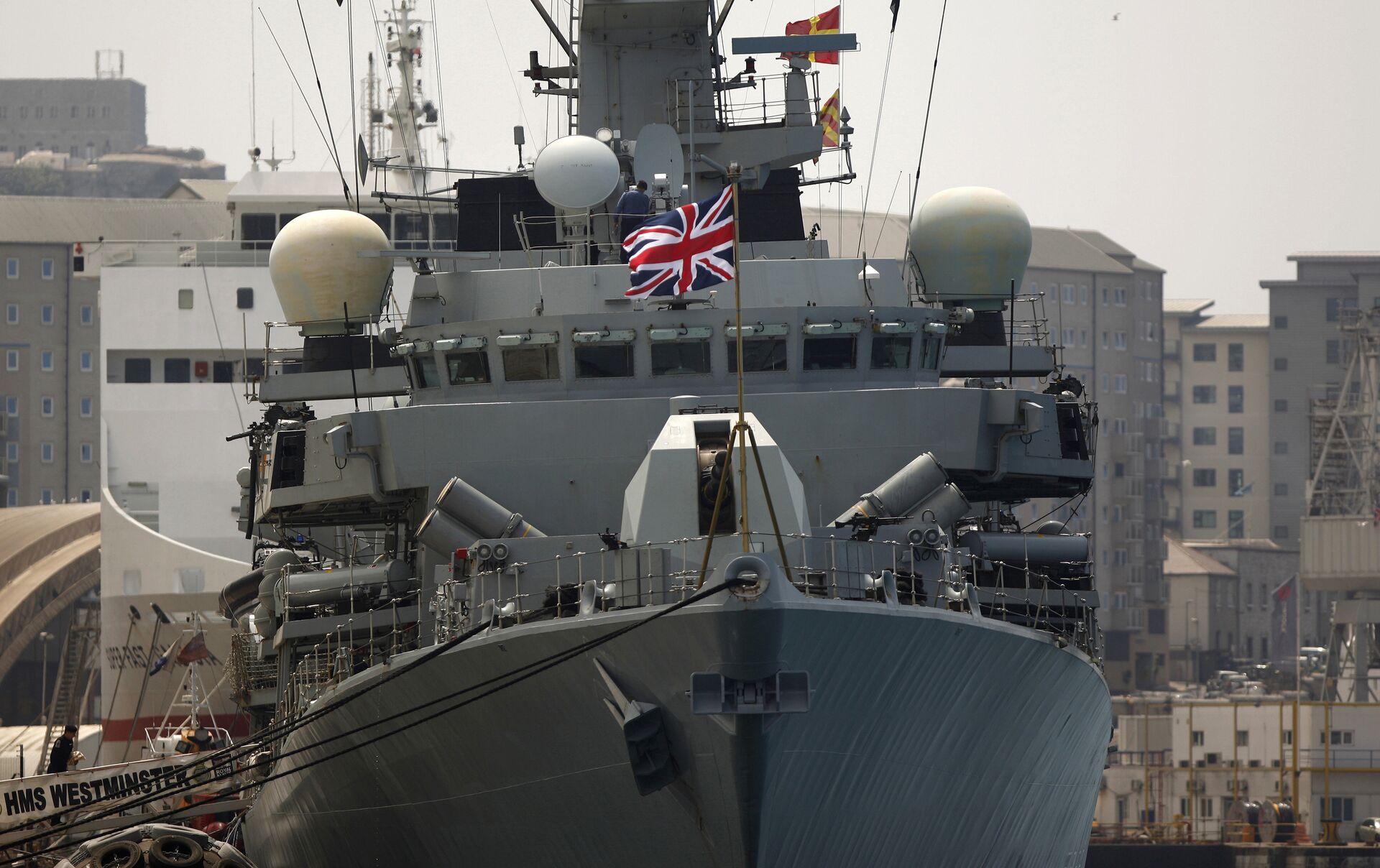 Sputnik: While EU member states appear interested in developing relations with Russia with respect to energy and healthcare, the UK named Moscow its number one enemy and pledged to increase its nuclear warheads stockpile. What’s behind Britain sabre-rattling, in your opinion? Can we expect the UK to serve as Washington's "proxy," to disrupt Russo-European rapprochement and the implementation of the Common Eurasia Home grand design?

Glenn Diesen: The UK has left the EU and needs to establish its value and common cause with the US and Europe. I would expect that the loss of economic-political influence in Europe would be compensated with an increased military role as London must demonstrate that Brexit will lead to "global Britain" and not isolation.

In other words, more military posturing along the Russian border, more military interventionism in places like Syria and Libya, and increasing its nuclear stockpile. The US has had great difficulties in terms of converting the security dependence of the Europeans into geoeconomic loyalty, as evident by the Europeans still buying Chinese technologies and Russian energy. Military conflicts tend to enhance alliance solidarity, so both the UK and the US have the interest to formulate the competition with Russia in China as a threat in terms of hard security.

Glenn Diesen is the author of "Russian Conservatism: Managing Change under Permanent Revolution" (2021), "Great Power Politics in the Fourth Industrial Revolution: The Geoeconomics of Technological Sovereignty" (2021), "Russia in a Changing World" (2020), "The Decay of Western Civilisation and Resurgence of Russia: Between Gemeinschaft and Gesellschaft," (2018) and "Russia's Geoeconomic Strategy for a Greater Eurasia (Rethinking Asia and International Relations)" (2017).