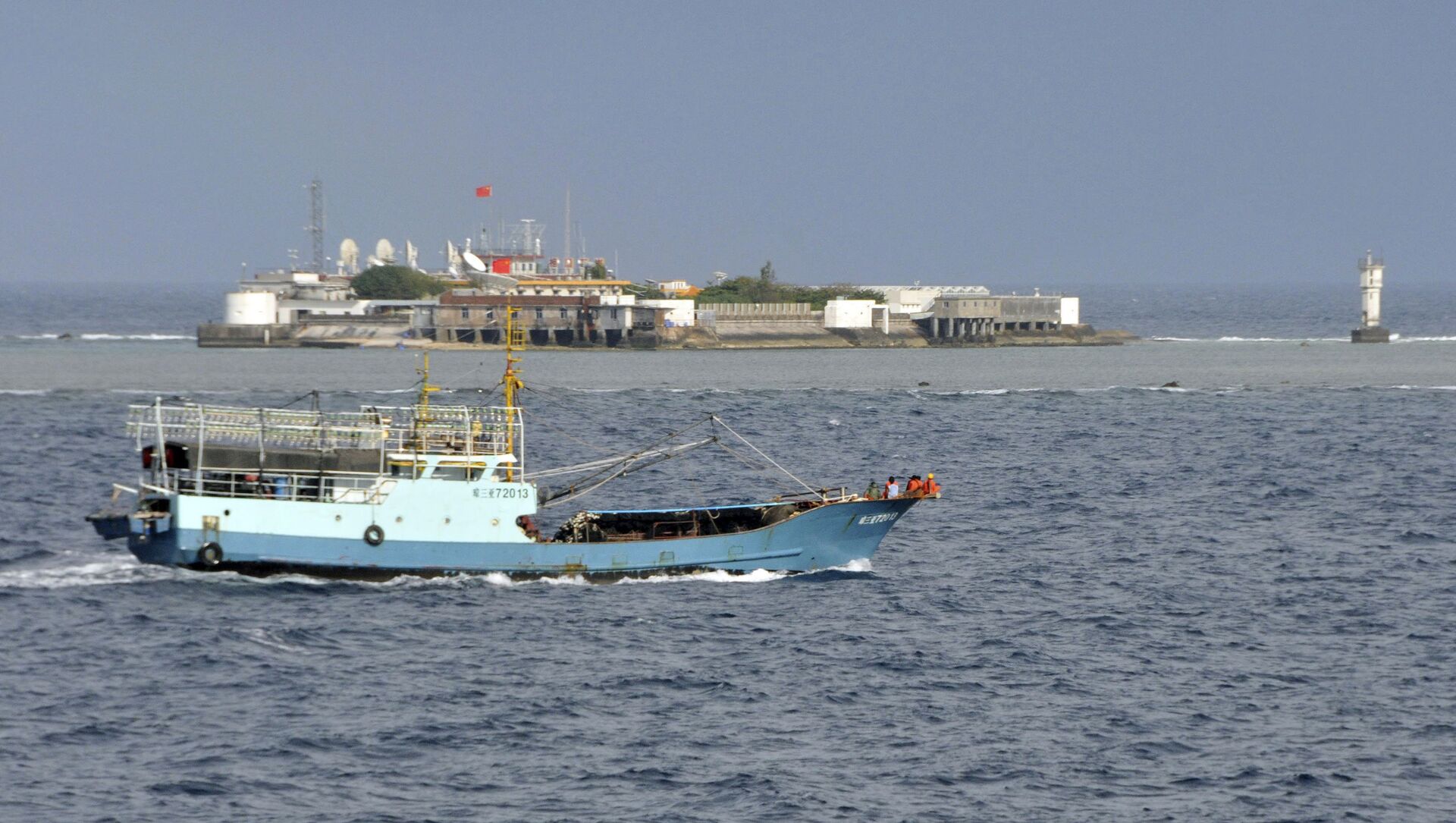 Demond Cureton
All materialsWrite to the author
According to a US report, Washington had launched accusations against Beijing, stating China had the largest illegal fishing industry in the world and viewed private fishing fleets as a way to build state power globally.

The US has been called on to lead a coalition of South American countries to counter China's alleged illegal fishing and trading practices, Axios reported on Tuesday, citing a US intelligence agency document.

Washington was "taking a look at this in light of the president's priorities," a senior US official told Axios, adding several agencies were "deepening cooperation with allies and partners on the challenges we face to our economy and national security."

The article also claimed massive fleets of Chinese vessels had been fishing in South American waters, including near the Galapagos Islands, disrupting food supplies via illegal, unreported or unregulated (IUU) fishing.

"South American countries probably would welcome a coalition effort to increase trade pressure on China and enforcement of fishing standards," an Office of Intelligence and Analysis official wrote in the 5 February document.

The document, labelled sensitive but unclassified, was written by an office linked to the US Department of Homeland Security. Numerous offices were working jointly on the programme, including the Office of Naval Intelligence, National Oceanic and Atmospheric Administration, the US Coast Guard and Department of State and others, the report added.

"Unilateral pressure by the United States would likely result in China enforcing similar sanctions, just as Beijing did by enacting a new law to counter US restrictions on technology firms," the office added.

It added it had "high confidence" the alleged illegal fishing in South American maritime territories would also "cause continued economic harm to US domestic fisheries" due to "anticompetitive tactics".

The document also assessed with "medium confidence" that China may "continue exploitative fishing practices in South American waters despite recent actions by governments and an intergovernmental organization to limit these activities."

A senior administration official said that there was a "lack of understanding" that fisheries were "quite stressed".

The former Trump government had launched work on counter-IUU measures against China, who it claims is the "biggest perpetrator on this", the official said, adding the Biden administration saw the claim as a priority.

According to Tabitha Mallory, chief executive of consulting firm China Ocean Institute, Chinese leadership saw international waters "as a way to project presence around the world" to influence global regulatory frameworks. Beijing aimed to be "present all over the world's oceans" to influence the outcomes of international agreements.

US Air Force's NGAD System Aims to Widen Tech Gap With China's Military Amid Troubled F-35 Programme
The influence was not limited to fishing but included "seabed mining, the Arctic" and other regions.

“Other countries need to weigh in on these issues too. Anything that the U.S does alone will be seen by the Chinese as simply part of the backdrop of rising power competition," Mallory told Axios.

The US, UK, Canada, Netherlands and others have also passed measures to declare China's alleged human rights abuses in Xinjiang were "genocide", with London calling on the United Nations Human Rights Council (UNHRC) to launch a probe into the allegations, including Hong Kong, citing reports on the accusations and Beijing's national security law.

EU to Sanction China for First Time in 30 Years Over Uyghur Human Rights Allegations, Report Says
China has slammed the Western nations for interfering in its domestic concerns, adding Beijing was fighting terrorism in the westernmost province and cracking down on violent secessionist protests in Hong Kong.
Newsfeed
0
Access to the chat has been blocked for violating the rules . You will be able to participate again through:∞. If you do not agree with the blocking, please use the feedback form
The discussion is closed. You can participate in the discussion within 24 hours after the publication of the article.
To participate in the discussion
log in or register
loader
Chats
Заголовок открываемого материала