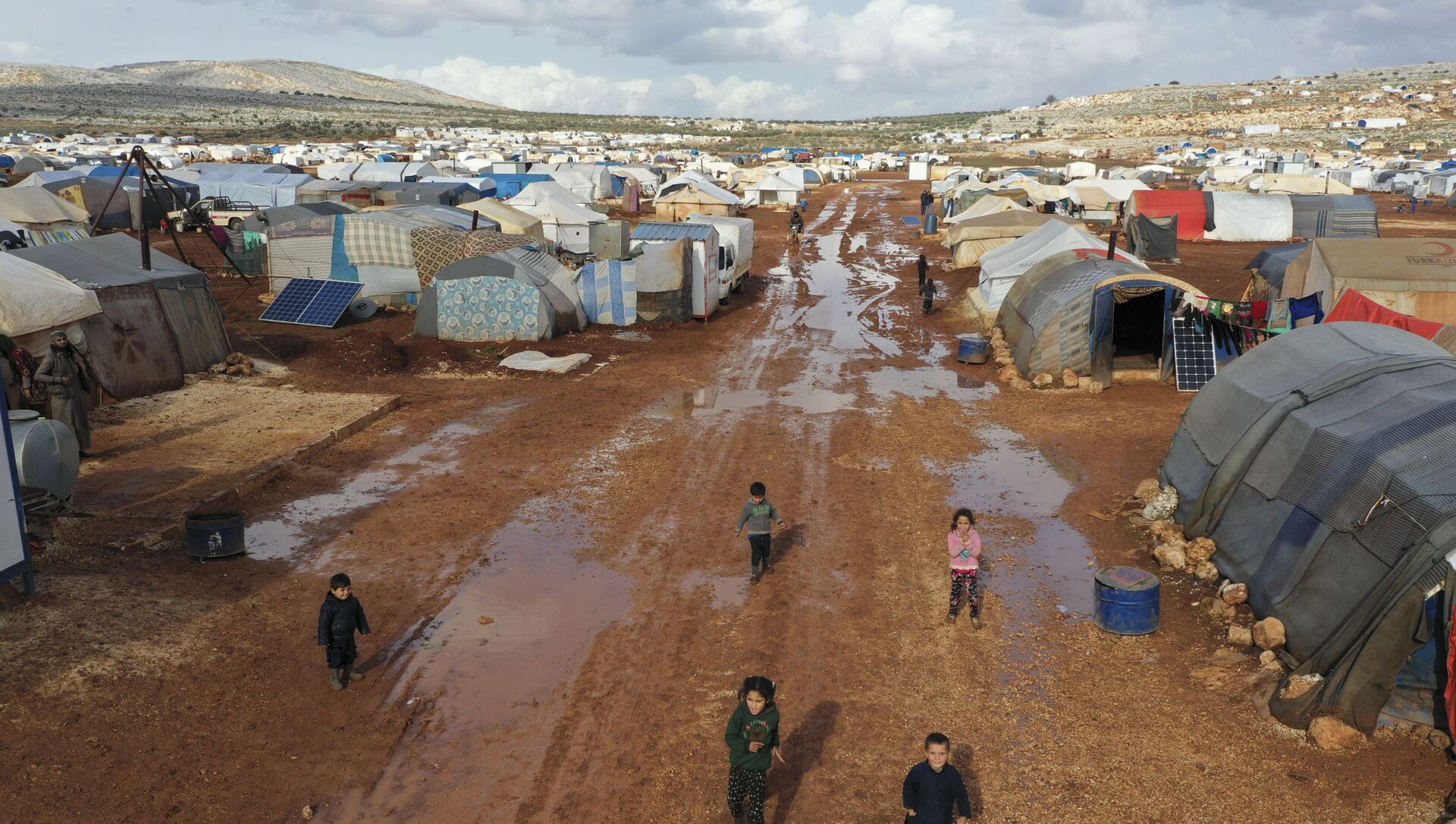 © AP Photo / Ghaith Alsayed
Subscribe
International
India
Africa
MOSCOW (Sputnik) - Due to an ongoing and difficult humanitarian situation, Russia has offered Turkey the option of resuming several checkpoints in Idlib and Aleppo beginning March 25 according to a Tuesday statement by Rear Adm. Alexander Karpov, deputy head of the Russian Center for the Reconciliation of Warring Parties in Syria.

"In connection with the difficult humanitarian situation in the territories of the Syrian Arab Republic controlled by the Turkish armed forces, the Russian Center for the Reconciliation of Warring Parties sent proposals to the Turkish side to resume the work of the Seraqab and Miznaz checkpoints in the Idlib de-escalation zone and the Abu Zeidin checkpoint in the area of ​​the settlement of al-Bab in Aleppo province," he said.

According to Karpov, it is proposed to organize the admission of humanitarian cargo and the exit of refugees beginning on March 25.

Earlier in the day, the Turkish Foreign Ministry reportedly summoned Alexei Yerkhov, the Russian Ambassador in Ankara, over the latest developments in Syria’s Idlib de-escalation zone, according to the Hurriyet newspaper.

The Turkish Ministry of Defense has blamed the Syrian military for the deaths of five civilians in the Idlib province during a strike on a hospital and for another attack on a residential area and a parking lot that reportedly injured seven.

According to Hurriyet, Yerkhov was summoned to the Foreign Ministry building, and Ankara expressed to him its concern over the situation in the region in light of the increased frequency of attacks. The ministry reportedly said that civilians are being targeted in attacks that threaten the stability of the de-escalation zone.

The ministry and the Russian embassy in Ankara have not yet confirmed the report.