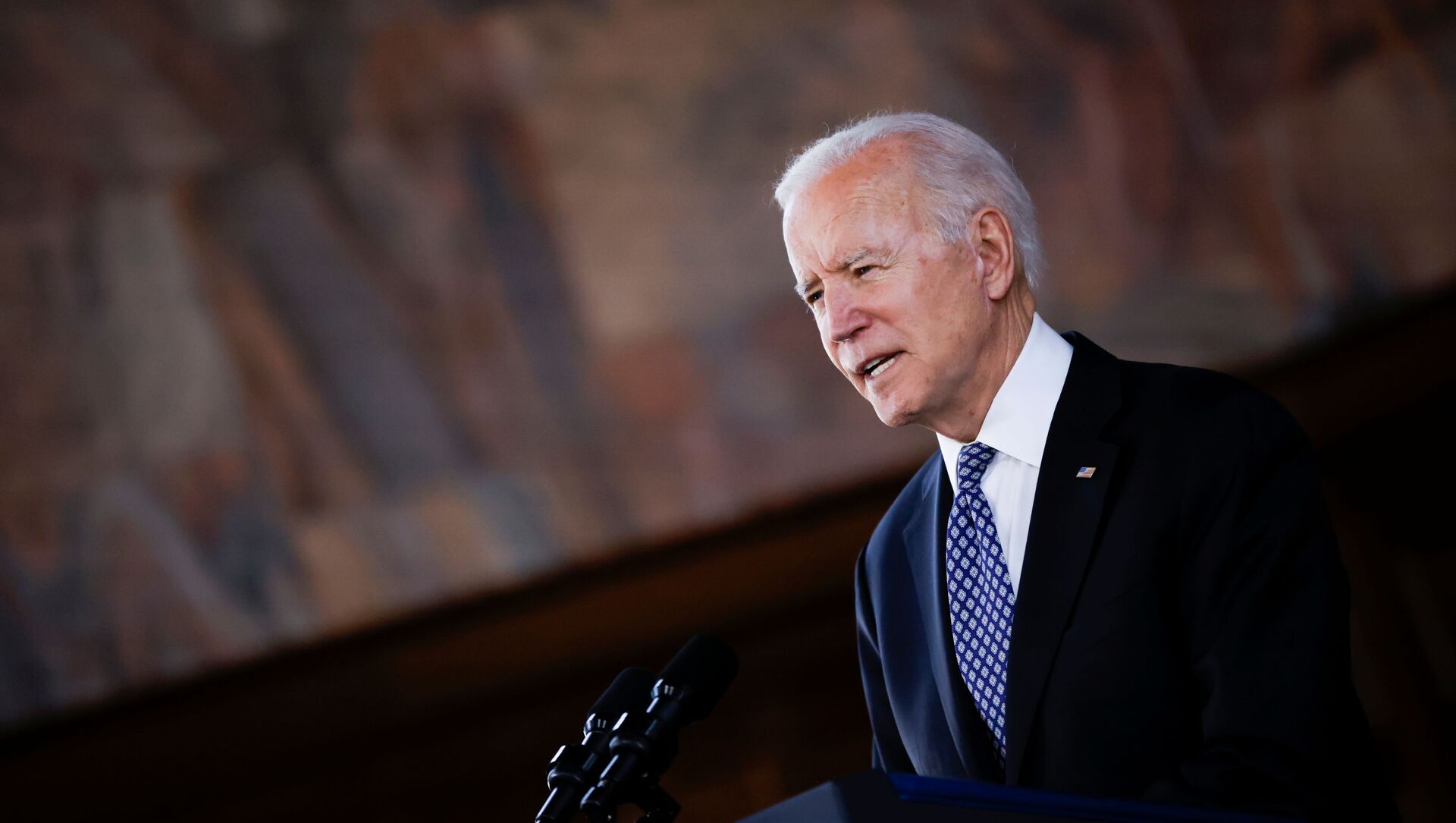 Tim Korso
All materialsWrite to the author
Earlier, POTUS 46 declined to hold a virtual meeting with Russian President Vladimir Putin, which the latter had called for to discuss acute matters of bilateral relations and strategic stability.

Michel was the first to tweet that he had invited Biden to take part in the meeting to "share his views" on future cooperation between the EU and the US.

According to a White House statement, the president is planning to discuss an array of issues, including jointly combating the pandemic with the EU, addressing climate change, deepening relations in trade and investment, and discussing "shared foreign policy interests", including China and Russia. Biden will also focus on "revitalising" bilateral ties between Washington and Brussels, in an apparent reference to the current complications in relations that grew between the US and Europe under the Trump administration.

Biden's readiness to hold virtual meetings with European counterparts comes in the wake of the White House's refusal to host a similarly virtual meeting with Russian President Vladimir Putin. The latter extended the offer to hold talks to discuss bilateral ties which have been deteriorating since 2014.

Putin's invitation came as a response to Biden's interview with the ABC channel in which the latter agreed with the host's characterization of the Russian president as a "killer" and promised to make Putin "pay a price" for interference by the Kremlin in the 2020 presidential election, which he alleged to have taken place. POTUS 46 added that he was willing to discuss certain issues with Moscow, such as the New START nuclear agreement. The Kremlin slammed the idea that Washington discuss only issues it is interested in, with Putin observing that the US must take Moscow's position into account.