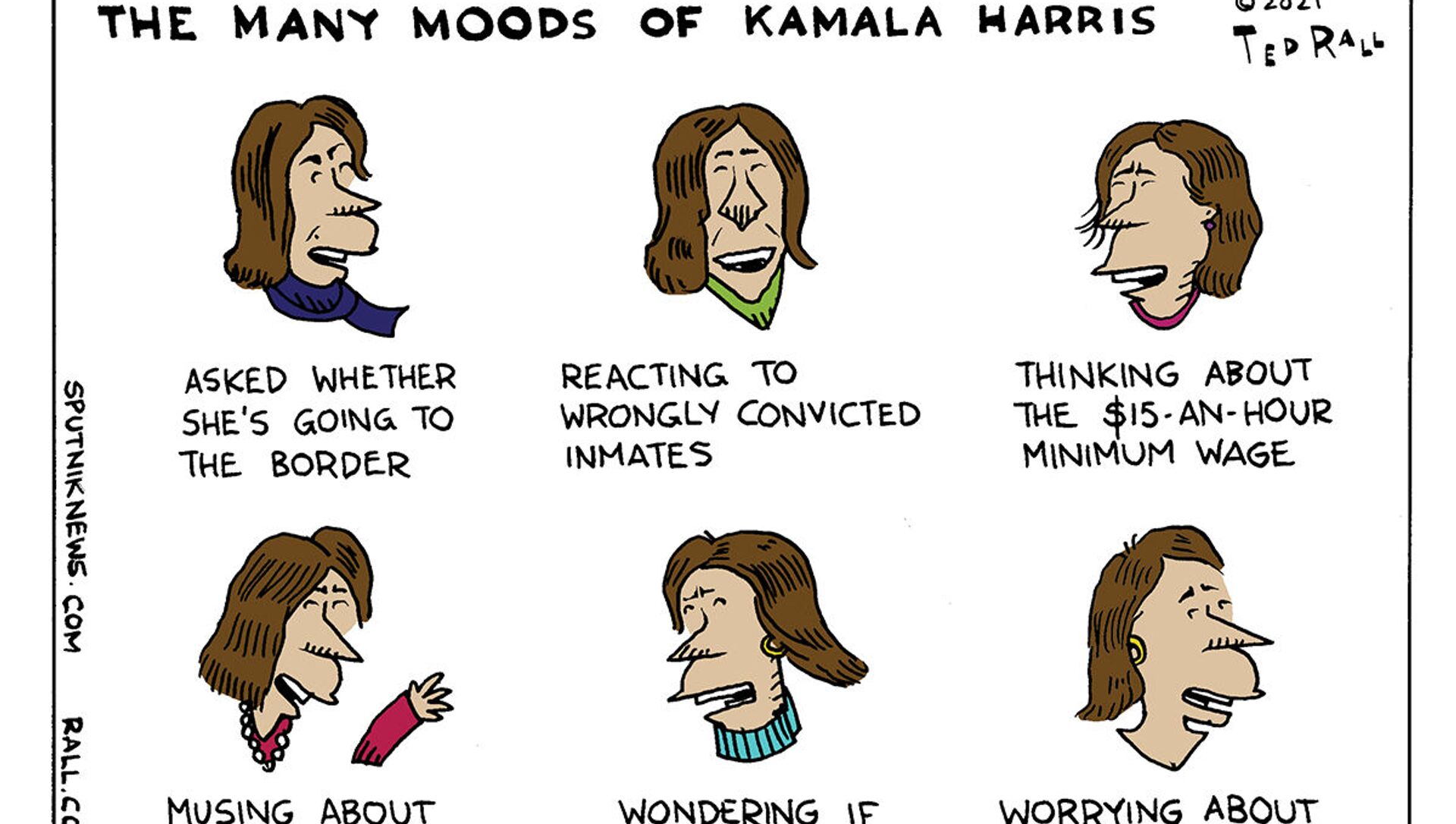 Over the last few months, the US has experienced a massive resurgence in the amount of illegal border crossings, with American officials stationed at the US-Mexico border struggling to provide adequate housing for thousands of minors entering the Land of the Free without a parent or guardian.

US Vice President Kamala Harris turned heads and prompted the collective raising of eyebrows this week after she appeared to laugh off the booming migrant crisis at the US’ southern border.

Earlier this week, Harris visited Jacksonville, Florida, in an effort to further promote the administration’s COVID-19 relief package, but instead caught the attention of many when she gave an odd response to a reporter about the events unfolding at the border.

Video of the interaction initially shows Harris being asked whether she plans to visit the US-Mexico border, opting to respond by remarking that she would not be making the trip “today.” However, within seconds, Harris followed up the comment by laughing.

The ill-timed moment of laughter subsequently prompted various politicians and activists to sound the alarm and blast Harris for her reaction, many of whom questioned what was funny about the inquiry.

Harris’ reaction came as photos from inside a temporary US Customs and Border Protection overflow facility in Donna, Texas, showed severe overcrowded conditions. Figures recently obtained by the media indicated that hundreds of individuals were being held past the 72-hour legal.

Although Homeland Security Chief Alejandro Mayorkas has stated that the migrant surge “is on pace” to reach its highest toll in the last 20 years, the Biden administration has yet to acknowledge the severity of the current situation.