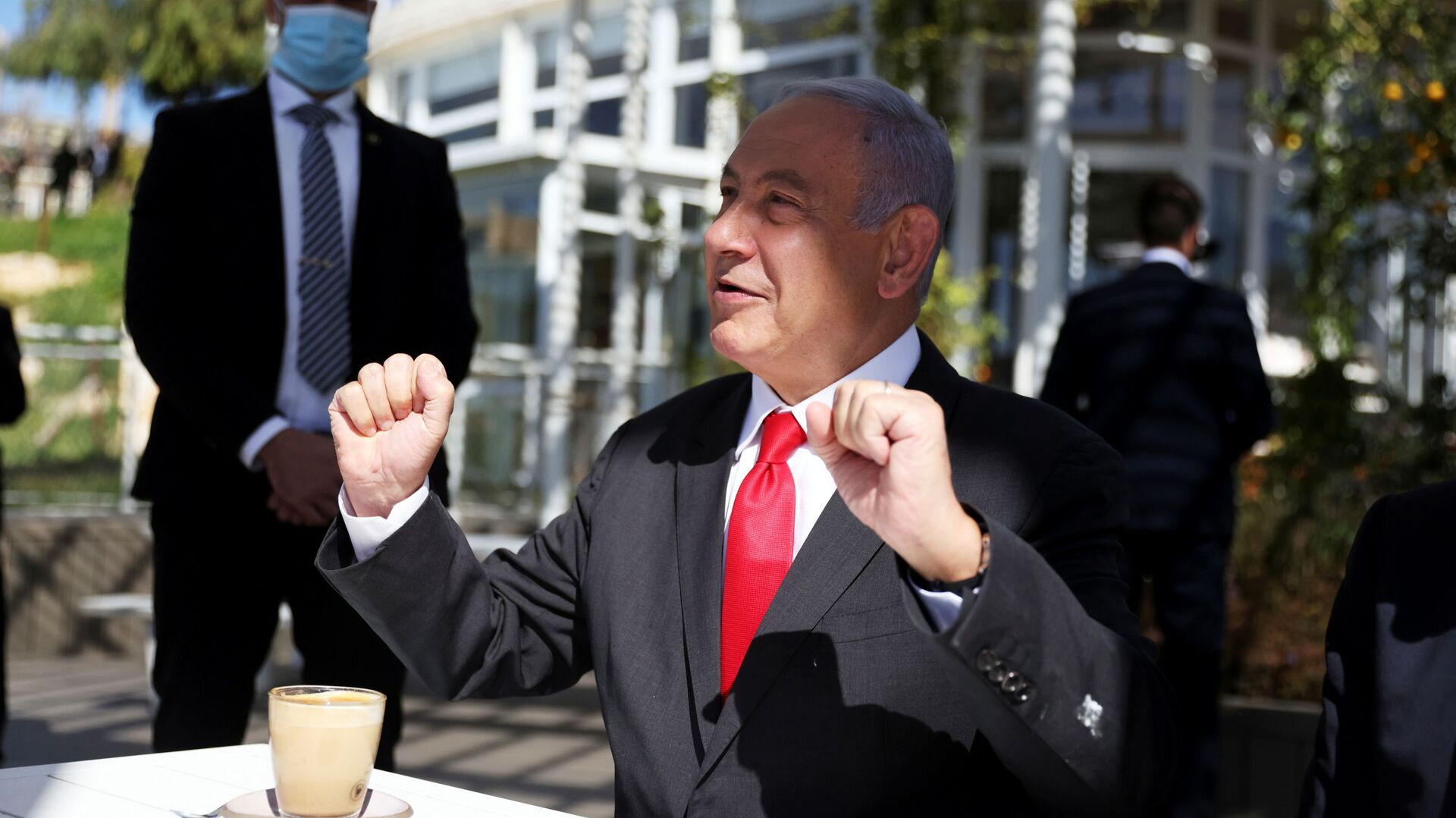 Ekaterina Blinova
All materialsWrite to the author
The 23rd of March marks an event that the Israeli government should consider making an annual tradition. Its fourth legislative vote in 2 years. The incumbent (and eager to stay) Prime Minister Benjamin Netanyahu has so far proven that practice makes perfect, at least temporarily.

Prime Minister Benjamin Netanyahu's party Likud is projected to win 30-32 seats (been there done that).

However, the sixty-four thousand dollar question is whether the bloc of parties will finally get the message that Bibi is here to stay and form a majority. Israeli surveys suggest that Netanyahu's camp may gain just half of the Knesset's seats. Which basically means that a fifth round of elections could loom on the horizon.

So Who's Expected to Win This Time?

"The current tendency is favouring Netanyahu", says Israeli publicist and political commentator Avigdor Eskin. "He is likely to win with his coalition more than 60 seats out of 120. He also has few more options including the renewed coalition with the current Defence Minister Benny Gantz and his Kahol Lavan party".

Kahol Lavan is not expected to win more than 5 seats this time, but would prefer to get some positions in the government rather than remain in opposition to Netanyahu, deems the publicist. "In other words, the chances of Netanyahu to win and to form the next government are very high", he believes.

Last December, the Knesset failed to pass the 2020 state budget over differences between Kahol Lavan and Likud. Since 2019, Netanyahu's and rival coalitions have been split roughly fifty-fifty. In three earlier elections, neither side managed to gain enough support in parliament to form and maintain a majority government.

At present, there are three major candidates seeking to outperform the incumbent PM: Yair Lapid, former finance minister and head of the centrist party Yesh Atid; Gideon Saar, a former education and interior minister, and a former Likud lawmaker; Naftali Bennett, head of the right-wing party Yamina and a former defence minister. 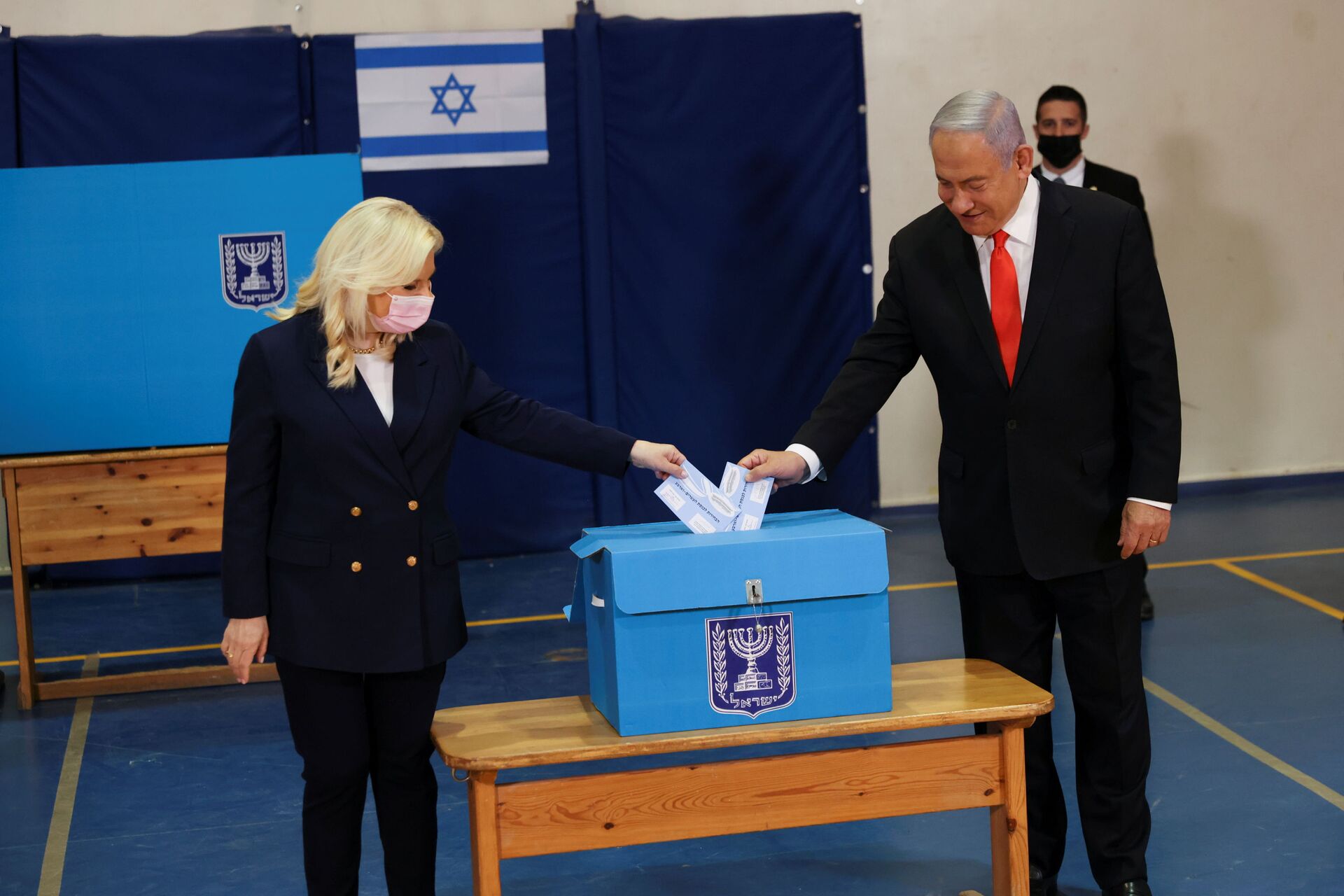 Israeli Prime Minister Benjamin Netanyahu and his wife Sara cast their ballots at a polling station as Israelis vote in a general election, in Jerusalem March 23, 2021
© REUTERS / RONEN ZVULUN

What Has Bibi Been Up to?

While Netanyahu's critics never forget to mention his ongoing corruption trial, his proponents have mostly focused on how he's been handling the Jewish state's vaccination campaign as well as his efforts to formalise diplomatic ties with Arab Muslim states.

The Times of Israel highlights that Netanyahu managed to secure "early and plentiful supplies", which has made Israel the world's leader in vaccination per capita (Mazel Tov!), with barely a million eligible Israelis yet to be inoculated.

By the way, Israel also struck four peace agreements with the United Arab Emirates (UAE), Bahrain, Sudan, and Morocco within the framework of the US-brokered Abraham Accords. Netanyahu told Israeli Army Radio on 17 March that Israel has four more peace agreements in the works.

"After the breakthrough of the last year, it will be natural to expect more peace treaties", says Eskin. "Albeit the current US administration is not going to be as helpful as the previous, there are good reasons for more Arab countries to strengthen ties with Israel".

All in all, it wasn't a bad year for Bibi. 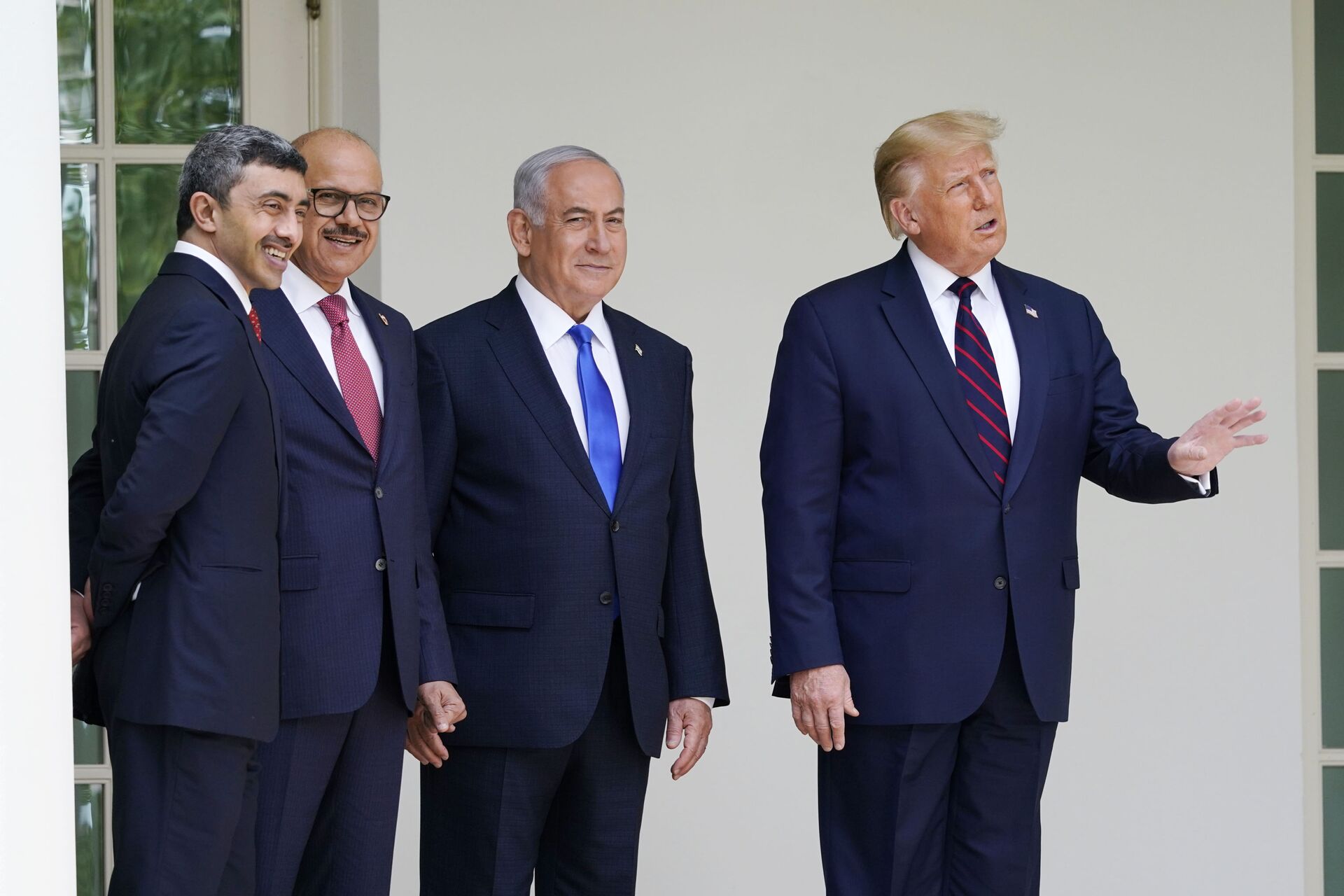 The Biden administration, being the Biden administration, pledged to reverse most of Donald Trump's foreign policies, most importantly, his withdrawal from the nuclear accord with Iran, also known as the 2015 Joint Comprehensive Plan of Action (JCPOA). However, Washington's efforts to revive the Iran nuclear deal have met opposition from Netanyahu. Surprise, surprise.

While this is far from being a major election issue, Netanyahu's opposition to Iran and his efforts to maintain the Jewish state's security could also play a role in the vote, according to Eskin.

"The experience of Netanyahu is unique, and this is not only his art of rhetoric, but the most peaceful period in Israeli existence", the Israeli publicist says. "While the tension in Iran is still there, we see almost zero level of violence from the side of the Palestinians. This is another great achievement". 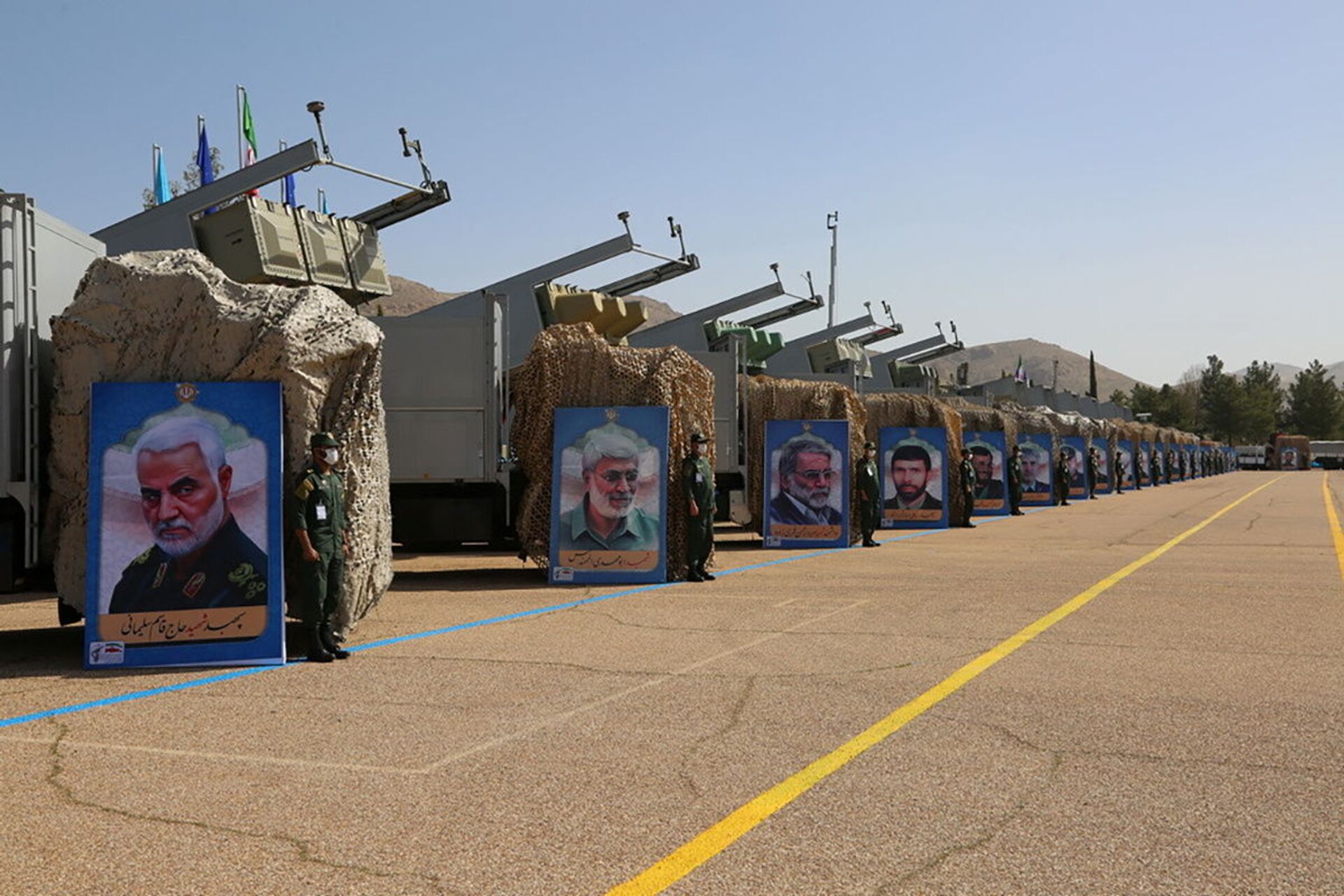 Iranian missiles are seen at a new "missile city" of Iran's Revolutionary Guards naval unit at an undisclosed location in Iran, in this picture obtained on March 15, 2021
© REUTERS / WANA NEWS AGENCY

OK, But What About Washington?

Washington's Middle East strategy seems to be aimed at restoring ties with Iran, while freezing arms deals with Gulf monarchies prompted concerns among America's Arab allies and calls for strengthening Arab unity and diversifying foreign ties, all while maintaining good relations with Israel. Good luck with that, Joe.

On 25 February, i24News reported that Israel is in talks with Saudi Arabia, Bahrain, and the United Arab Emirates to create a four-nation defence alliance. While this might be an indication of growing trust between Israel and Arab states, this alliance is not yet around the corner, according to Eskin.

"This is the first year of mutual beneficial cooperation between Israel and the countries of the Arabian Peninsula", he says. "But will it take the frame of an officially announced alliance? This may happen only in the case that these Arab countries will be desperate to get strong and open Israeli military support in their conflict with Iran and Israel will be prepared to go so far".