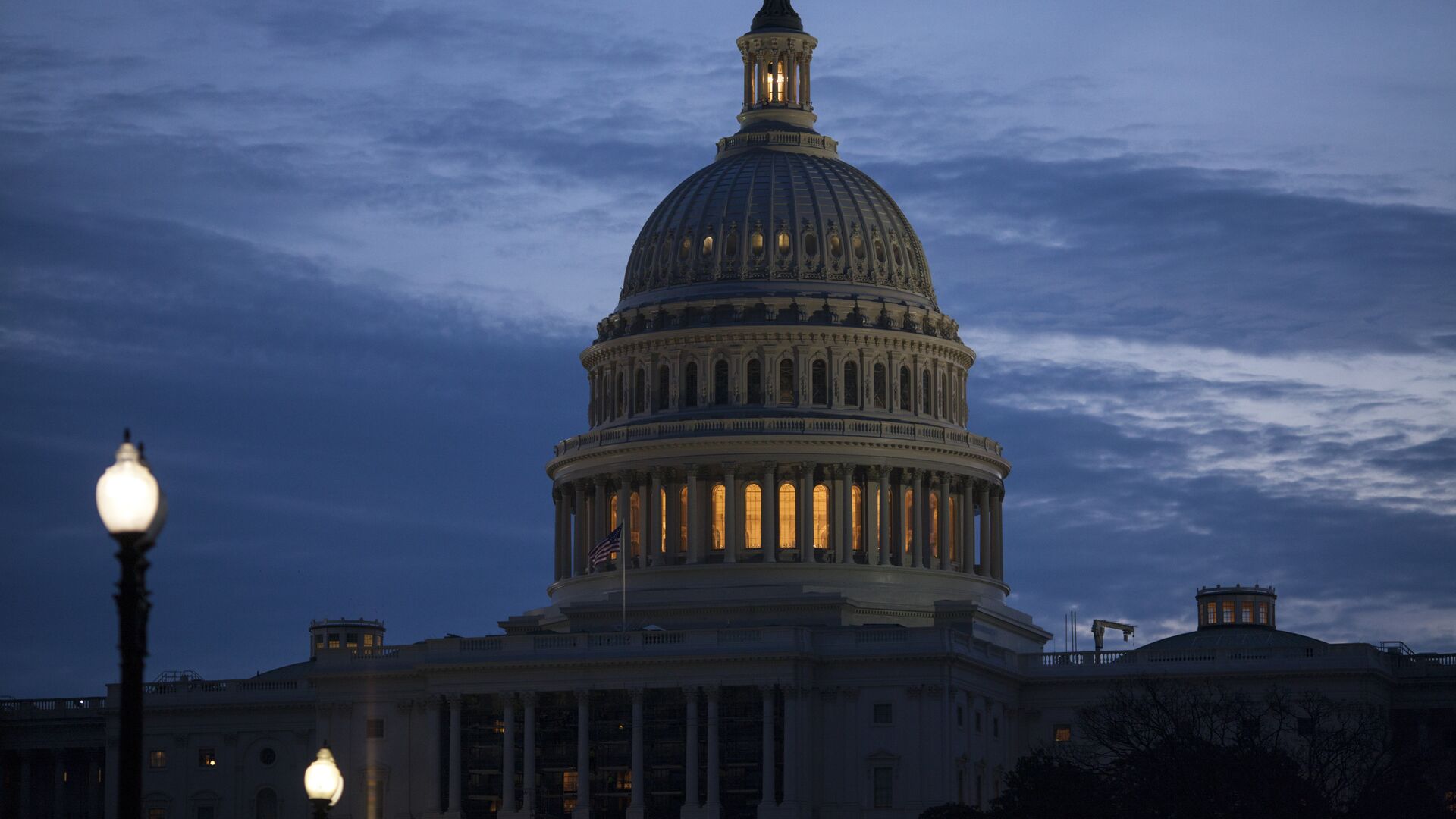 Tim Korso
All materials
President Joe Biden earlier suggested reforming the filibuster – a practice that allows a minority group of senators to prevent bills from passing thus forcing the chamber's majority to reconcile its provisions and effectively blocking the dominant party from cramming their decisions through the Senate in a unilateral fashion.

Senate minority leader Mitch McConnell has once again lambasted Democrats' declared intention to reform or abolish the filibuster, warning that if that happens, the Congress' upper chamber will face a kind of "nuclear winter" – a term normally used to describe the presumed terrible aftermath of a global exchange of nukes.

"I think if they destroy the essence of the Senate, the legislative filibuster, they will find a Senate that will not function," McConnell said in an interview for the Ruthless podcast.

The senator also condemned the use of the so-called "nuclear option", which allows a majority party in the Senate to eliminate the filibuster and carry on to the actual voting on the bill that, unlike the filibuster, does not require having 60 votes to pass. According to McConnell, the "aftermath" of the nuclear option is not a "sustainable place", presumably referring to the minority party's possible discontent with the fact that its concerns for the bill have not been taken into account and the fact that it was passed unilaterally.

The Kentucky Republican senator explained his position by stressing the importance of both parties' involvement in the chamber's decision-making process. He added that eliminating the filibuster and ignoring concerns of the minority party will simply leave "50 angry senators who are not interested in being cooperative on even the simplest things" (referring to the 50-50 split in the upper chamber).

Biden Argues Senators Must "Command the Floor" to Filibuster

The issue of abolishing or reforming the filibuster mechanism is not new to the US, but became especially acute in recent decades as the number of annual filibusters grew ever larger. Its nature also evolved over time. Originally the mechanism suggested dragging discussions on the matter for as long as possible to force the majority party to reach a compromise with a minority party.

South Carolina senator Strom Thurmond held a famous filibuster speech that lasted for a little more than 24 hours (including small breaks) in an unsuccessful attempt to stop the passage of the Civil Rights Act in 1957.

These days, the filibuster does not require endless speeches to be held, but instead demands 60 senators vote in favour of ending the bill discussion and get on with the voting on its adoption. US President Joe Biden recently suggested reforming the filibuster so that it once again would require the senators actually to hold the floor to prevent a bill from passing.

"I don't think that you have to eliminate the filibuster. You have to do what it used to be when I first got to the Senate, back in the old days. You had to stand up and command the floor, you had to keep talking […] so you've got to work for the filibuster," Biden said.

POTUS' idea was immediately criticised by minority leader McConnell, who insisted that without the filibuster in its present state the Congress' upper chamber will be "more like a hundred-car pile-up". He also warned of the "completely scorched earth Senate" unlike any conflict between the Congress and the White House, if the president's idea were to be implemented.