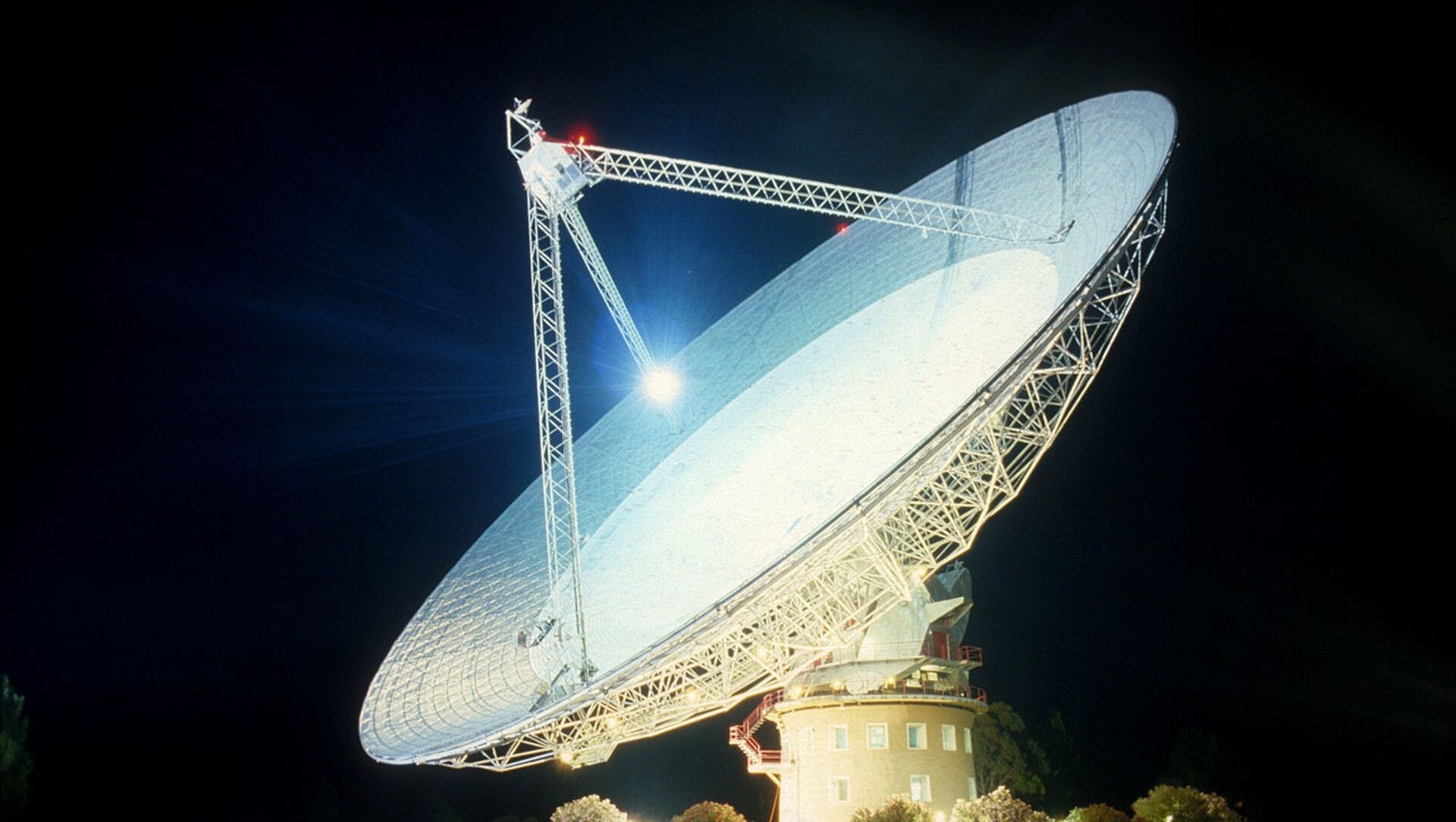 Lilia Dergacheva
All materialsWrite to the author
Researchers have arrived at the most precise time estimates to date pertaining to the mystery of so-called "fast radio bursts" (FRBs), which are abrupt pulses from distant cosmic worlds that typically come in odd patterns, thus spawning the wildest theories from those about interacting stars all the way to alien life.

An international team of astronomers has looked into a repeating short-scale fast radio burst, commonly referred to by the abbreviation FRB, and revealed its "microstructure", or pattern of variable brightness, according to a study published in Nature Astronomy.

The newly applied technique in the probe, whereby the team, led by Kenzie Nimmo, a PhD student at the Anton Pannekoek Institute for Astronomy at the University of Amsterdam, studied the burst's signature at extremely minute periods within its millisecond-long pulses, "can unveil clues into [FRB] emission techniques", the paper says.

The researchers managed to obtain this "high-time resolution" data on FRB 180916, a mindblowing repeating radio pulse that operates on a 16-day cycle, from the European Very Long Baseline Interferometry Network, which is made up of advanced telescopes based on four continents.

"The microstructure that we refer to in the [study's] title is that we see the brightness of the burst itself vary on microsecond timescales, Nimmo told Vice in an email, adding that these short recurrent fluctuations in brightness to a great extent "constrain the size of the FRB emission region", which was estimated to span about a kilometre (0.62 miles).

Otherwise said, the technique of probing FRBs at very short timescales provides an insight into the physical space around the enigmatic source of these radio pulses, which, notably, lies some 457 million light-years away from our planet, in a totally different galaxy.
Although the distance is relative close compared to other similar detected bursts, it is extraordinary how Nimmo's team has managed to capture the details from an intergalactic distance.

At this high resolution, the researcher could arrive at the "polarisation position angle" (PPA), or the angle at which the burst's polarised light swings back and forth. This estimate is important for figuring out details about the rotation of the FRB source, and how close the radio emission takes place to its source, which can in turn hint at its possible identity.

Based on their study, the researchers think "the most compelling progenitor model for FRBs" are neutron stars - extremely dense (super-heavy but relatively small) dead stars, according to Nimmo.

Neutron stars are understood to be volatile and capable of the type of extreme radio outbursts seen in FRBs. For instance, a weak radio burst that occurred in our own galaxy, the Milky Way, was associated with a special type of highly magnetised neutron star, about 30,000 light-years away from Earth. 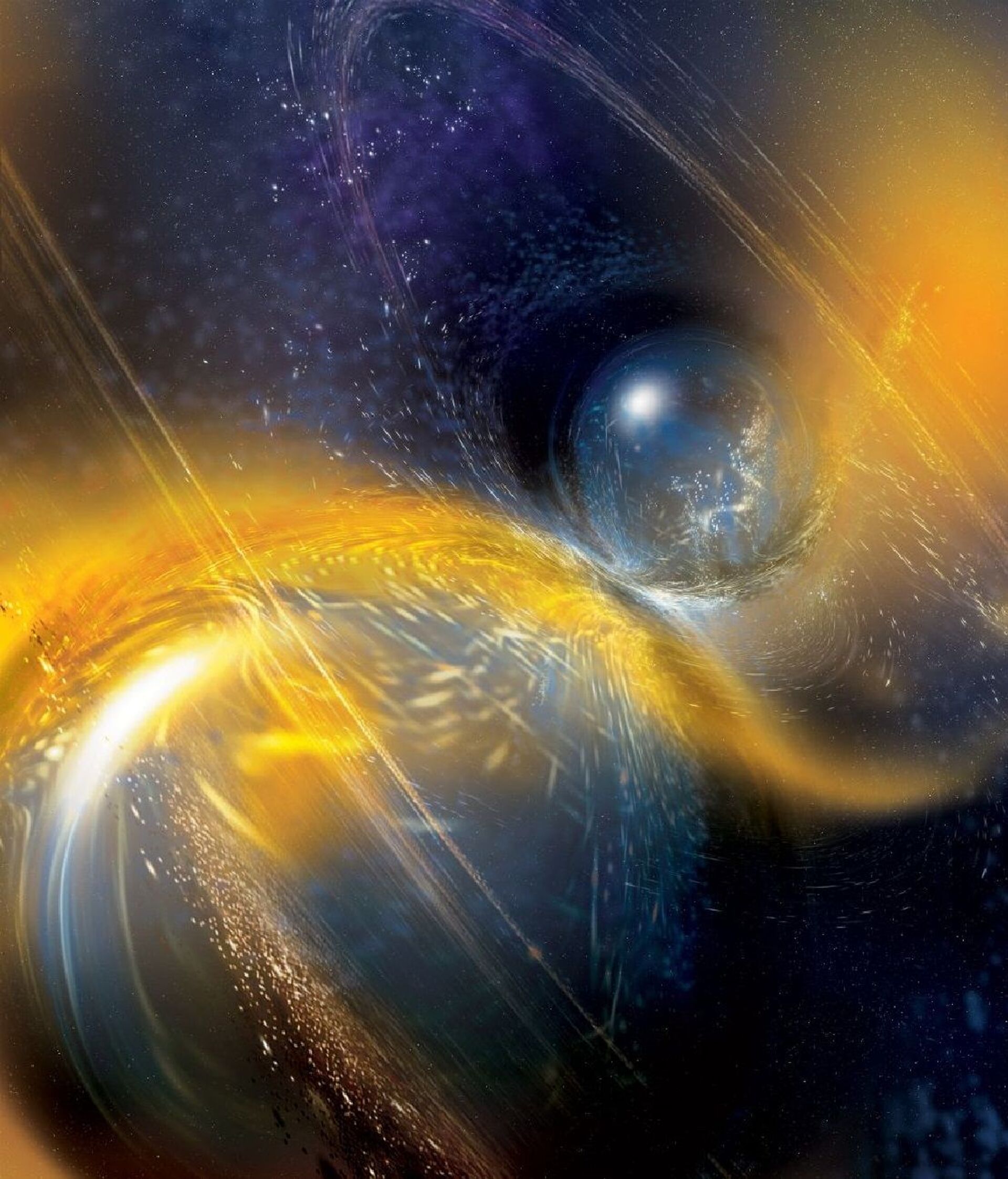 Some models of FRBs suggest that their radio pulses can be traced back to the close vicinity of a star, namely its magnetosphere, while others suggest that the emission is the result of some shock wave that takes place away from the source, Nimmo said. The new high-time-resolution study underpins the former scenario, in which the emission emerges in immediate proximity to the neutron star, it follows from the paper.

The repeating periodicity of FRB 180916, for its part, suggests it may originate in a binary system that is made up of a spinning neutron star and a massive star that share an orbital period of 16 days. When these objects are closest during orbiting, they ostensibly interact. The latter process amplifies the bursts, causing the burst's 16-day cycle, whereby it actively bursts for four days and is at rest for a subsequent 12 days, the study notes.