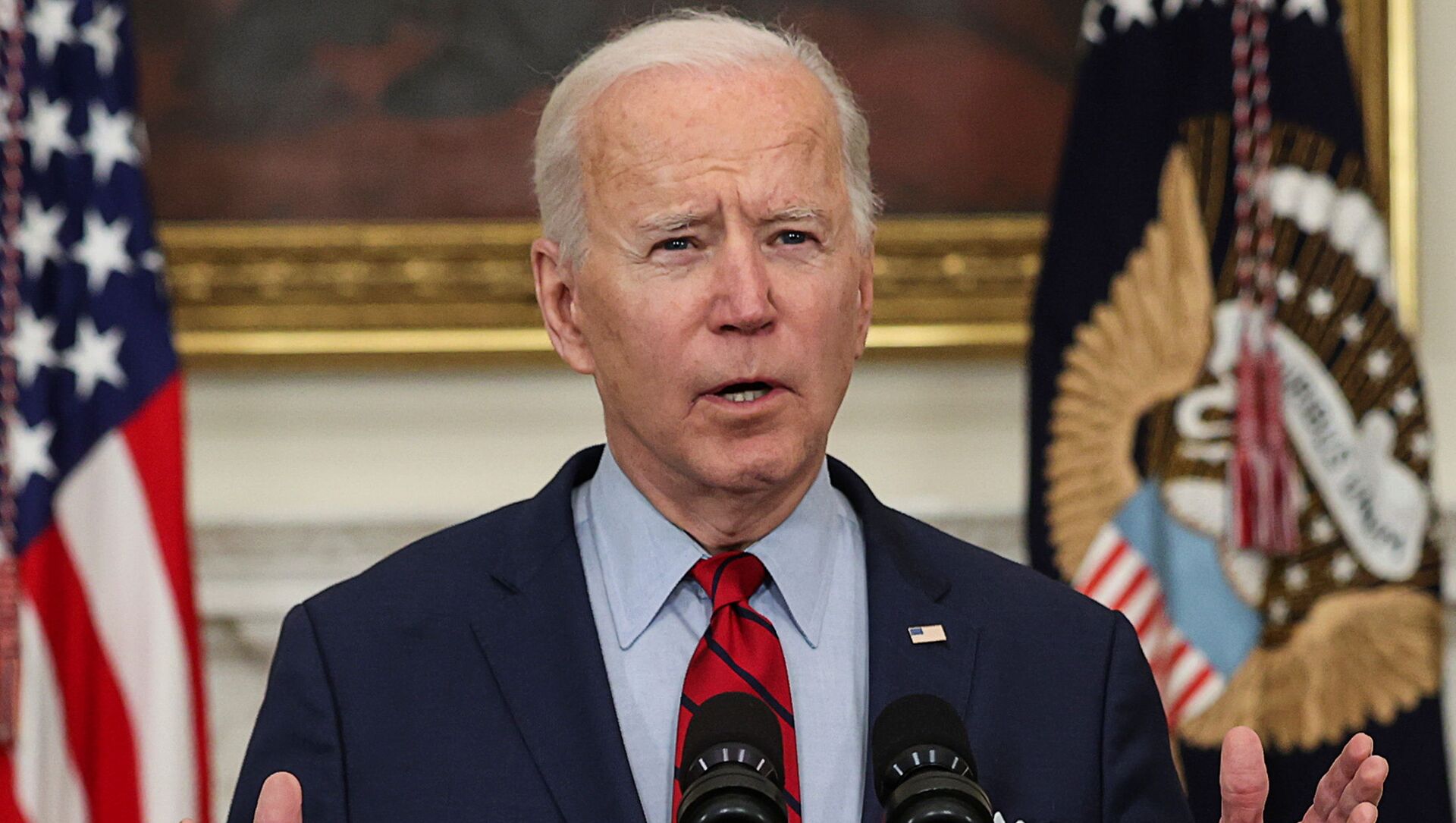 Henry Batyaev
All materialsWrite to the author
The police earlier said that the suspect, identified as a 21-year-old resident of the neighbouring Arvada, had been charged with 10 counts of murder in the first degree.

US President Joe Biden has suggested that assault weapons and high-capacity magazines could be banned in the wake of the Boulder shooting.

Delivering remarks before his departure to Ohio on Tuesday, the president called for action on gun control measures, which he believes should not be a partisan issue.

Biden added that he was not going to speculate on the motive behind the Colorado shooting because the authorities do not have all the details.

The White House earlier said in a statement that Biden had been receiving regular updates on the situation and has directed that all flags at the White House be flown at half mast.

​Ten people - including a police officer who was the first to respond to the scene - were killed in Monday's shooting at a grocery store in Boulder, Colorado, local police said. The shooter was identified as a 21-year-old Ahmad al-Aliwi Alissa.

According to the Second Amendment to the US Constitution, American citizens have the individual right to keep and bear arms.

In 1994, assault weapons were banned in the US for 10 years, but the ban was not renewed after the expiry.

Before taking office as the US president, Biden pledged to ban military-style assault weapons once again, when elected.