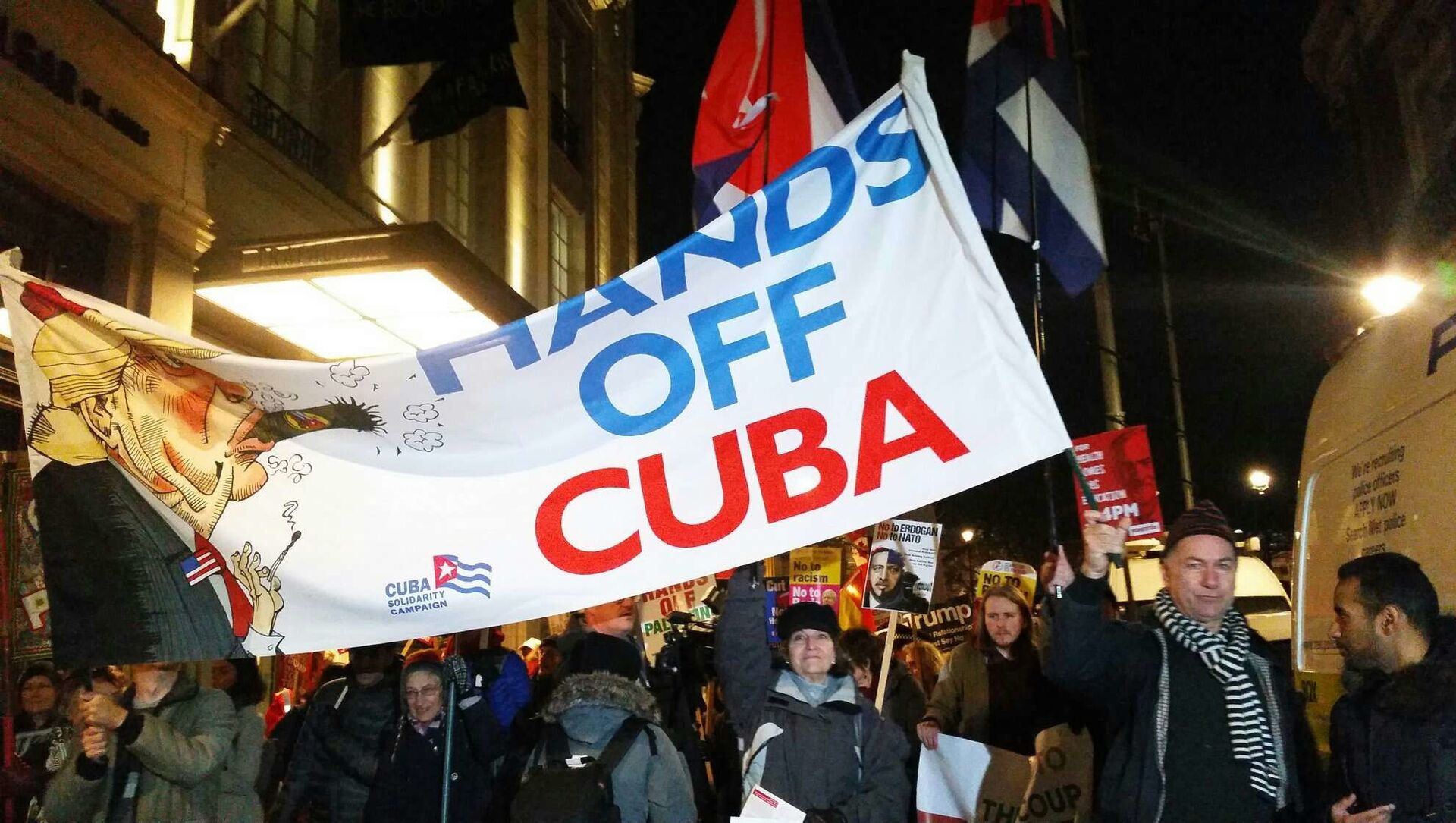 Max Gorbachev
All materialsWrite to the author
This is not the first time Bill Kristol has made a controversial statement. In 2010 - after WikiLeaks published classified documents containing possible war crimes committed by US forces in Iraq and Afghanistan - the analyst suggested the administration use “various assets” to “neutralise” WikiLeaks founder Julian Assange and his collaborators.

A US political analyst Bill Kristol has set social media ablaze after he suggested that the United States annex Cuba. In his post on Twitter the 68-year-old wrote about why he wants federal district Washington DC to become a state and noted that Puerto Rico and Cuba too should be part of the United States.

One reason I'm for DC statehood: The growth in size of the republic--and our distinctive manner of growth, admitting states with equal status--has always been a sign of our vigor. 60 years at 50 states is enough. Time for DC, Puerto Rico, Cuba (as soon as it's free), 1 or 2 more?

His remark about annexation of Cuba caused a torrent of comments with users criticising the analyst for what they described as an "idiotic" idea.

Dumber than a box of rocks...

Cuba? Are you on drugs?

​Some thought that the suggestion came from a parody account.

Is this a really bad joke or is Bill Kristol seriously arguing for the annexation of Cuba???

I guess the neocons are taking it to an entirely new level: Empire without any of the pretenses otherwise! pic.twitter.com/HvJEVrHk1b

​Many users reminded Kristol that Cuba is a sovereign state and said Cubans will never want to join the United States.

In what possible way would Cuba become a US state? It’s a sovereign country.

​Others criticised the analyst for insisting Cuba is not "free".

Do you mean the country with higher standards of living than America in many categories in spite of having 1/8th our GDP per capita due to suffering under 50 years of our economy-wrecking sanctions?

Yeah let's free 'em, Bill. I'm sure they're pining for us to save them from us.

​Many netizens, including the conservative ones, contended that annexing Cuba will be the end of US.

My old friend Bill wants Puerto Rico and Cuba admitted to the US as states.

I keep wondering if I’m exaggerating the chasm that’s opened up between his views and mine—between NeoCons and NatCons.

But no. It’s a chasm all right. What Bill thinks is good for America would end it. https://t.co/IZpSscFg6j

America is already over, but this would do a nice job of speeding it up.

​Despite the overall criticism Kristol’s post received 26,000 likes and some users even backed the analyst’s proposal.

Then let's get it done!

Maybe you could get Mexico too.

​This is not the first time that Kristol has said something which has caused astonishment: he was a strong advocate for the invasion of Iraq in 2003 and argued for an increase in the number of US troops in the country when the situation began to deteriorate. He supported the 2006 Lebanon War, claiming it was the US "war too".

Learn History: US Official Who Thought Guam Wasn’t Part of US Gets Cookies From Local Authorities

The United States won Cuba, Puerto Rico and other territories from Spain after a brief war in 1898. Cuba gained independence from the US in 1902 but the authorities then in power were regarded as client states of Washington. Under Cuba’s first constitution, the United States retained the right to intervene in Cuban affairs to supervise economy and foreign relations. Relations between the two states drastically deteriorated after the Cuban revolution, when Fidel Castro came to power.

Puerto Rico is unincorporated territory of the United States. Since 1917 all residents born on the island have become US citizens. However, Puerto Ricans are not allowed to vote in US presidential elections or elect their own senators and representatives to the US congress. In November 2020 the island held a statehood referendum during which 52 percent of voters voiced to be admitted into the Union as a state. The referendum was non-binding.