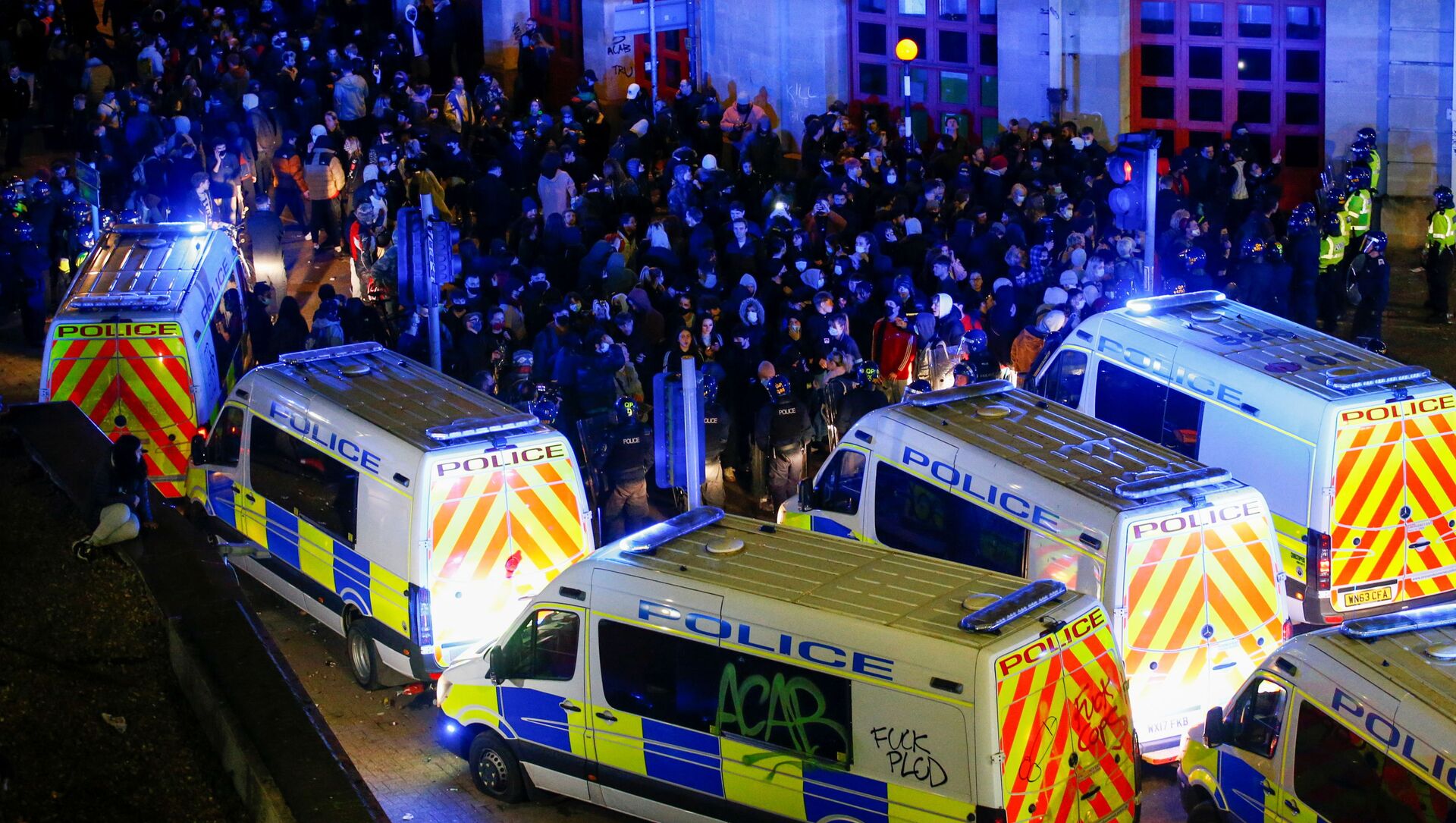 Sofia Chegodaeva
All materialsWrite to the author
At least two police officers were seriously injured as protesters clashed with law enforcement in the British city of Bristol on Sunday during a rally against the proposed Police, Crime, Sentencing, and Courts Bill.

The latest protests in Bristol were unacceptable, UK Prime Minister Boris Johnson said on Monday, adding that demonstrations should be peaceful.

"I think that all that kind of thing is unacceptable. And I think that people obviously have a right to protest in this country, but they should protest peacefully and legally," Johnson told reporters.

Bristol Riot: Liberals and Conservatives United in Anger on Social Media at ‘Kill the Bill’ Protests

The Police, Crime, Sentencing, and Courts Bill passed its second reading in Parliament earlier this week and if adopted will increase police powers, including putting time limits on protests. Human rights groups, the UK arm of Amnesty International, and the Rights of Women​ campaign group have slammed the proposed legislation.

About 20 police officers were injured during the riots and two of them were hospitalised with fractures. At least seven participants in the clashes were detained. The police have since begun a large-scale investigation and search for the offenders.

"What the public will see now is a huge police investigation in which we’ll be gathering evidence from CCTV, Body Worn Video, social media content and images/video sent in by the public. We are appealing for people to send in footage so all those responsible can be identified", Bristol Chief Constable Andy Marsh said.

The official added that the full details about where to send evidence would be issued on the police website and social media later.

According to Marsh, the damage to the UK city of Bristol and local police caused during Sunday night riots is tentatively estimated at several million pounds.

"The cost of policing this operation, carrying out the subsequent investigation and repairing and replacing our vehicles and damage to our city centre station will run into the millions. This is money which could have been spent on safeguarding and protecting the most vulnerable in our society", Marsh said.