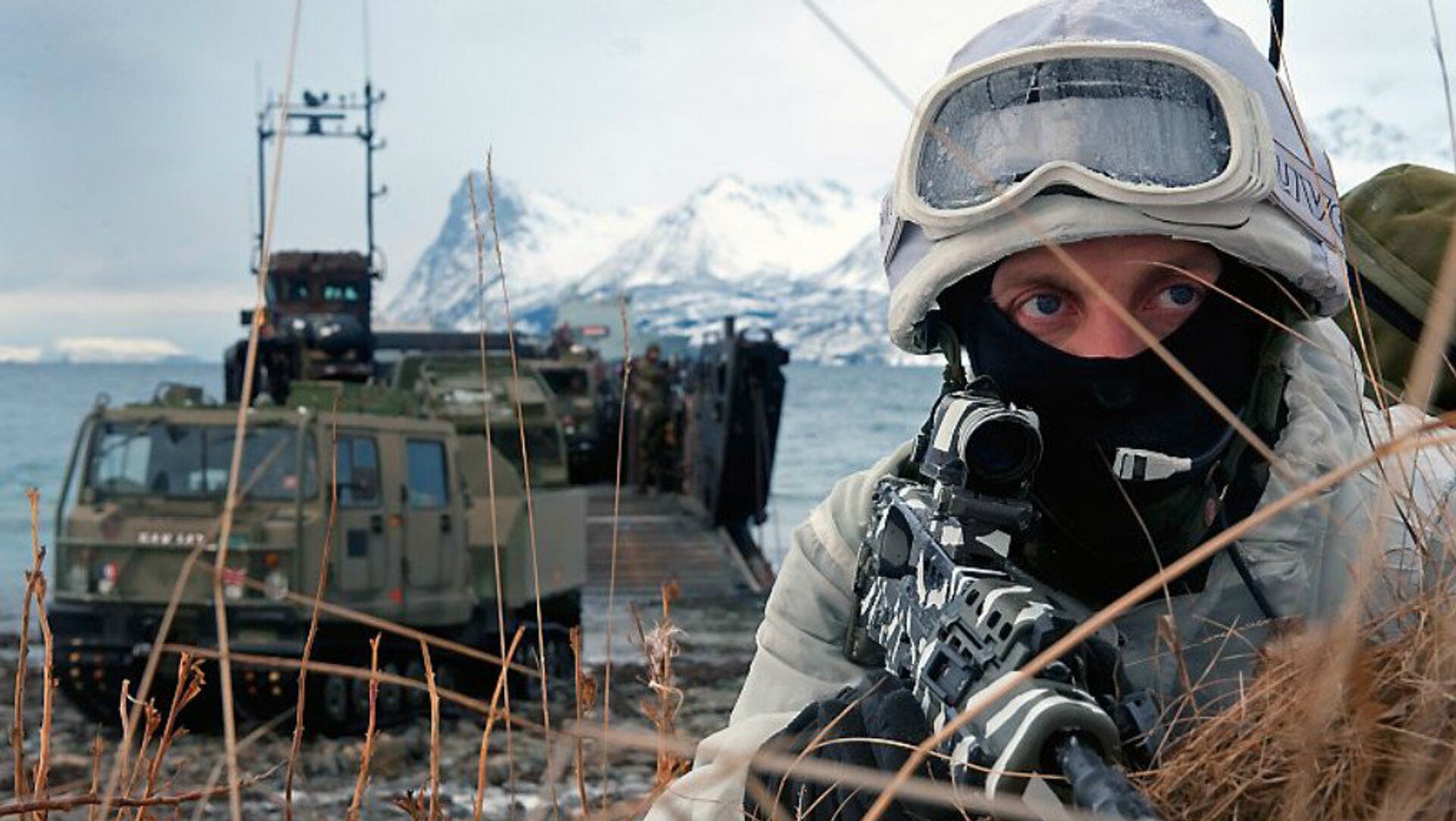 Svetlana Ekimenko
All materialsWrite to the author
The UK government unveiled its long-awaited Review of Security, Defence, Development and Foreign Policy 2021on 17 March, re-examining priorities and objectives and defining the country’s place post-Brexit.

As part of a major overhaul of Britain's Armed Forces, the UK Royal Marines will be transformed into a new Future Commando Force (FCF), reported the Independent.

Set to be deployed globally on an "enduring basis," the FCF will shoulder many of the traditional tasks of the Special Forces, the Special Air Service (SAS), and Special Boat Service (SBS) – Britain's maritime special forces unit.

The FCF will operate alongside a new Army Ranger Regiment which will carry out "high threat" missions overseas, according to the UK Ministry of Defence.

The Royal Marines will evolve from an "amphibious infantry" to a versatile, special operations force "persistently forward deployed," writes the outlet.

To "pre-empt and deter sub-threshold activity, and counter state threats," the FCF will receive over £200m of direct investment over the next decade.

The reported changes are to be detailed in a defence command paper, following the publication last week of the Integrated Review of Foreign and Defence Policy.

​Ahead of the publication of the command paper, Defence Secretary Ben Wallace was quoted as saying:

"From striking Daesh* terrorists in Iraq, disrupting drug shipments and deterring Russian aggression in the Baltics, our armed forces already reach where others cannot. In the coming years, we will broaden the spectrum of this worldwide engagement even further."

As part of the imminent changes, forces are to ditch or phase out some "industrial age" capabilities, such as ageing tanks, ships, and warplanes.

UK is getting the German upgrade of Challenger 2 - contract just been announced by @RheinmetallAG (h/t @FTusa284) pic.twitter.com/SmIHIhwcxQ

​The army's Challenger 2 main battle tanks will reportedly be cut by a third. while the Warrior infantry fighting vehicle and C-130J Hercules transport aircraft will be shelved completely.

Lockheed C-130J Hercules callsign "OMEN1" just flew over Hull nice and low. Looks like it has flown all the way from Leuchars. pic.twitter.com/yovT3ziW5Z

​Twenty-four Typhoon fighters and four Type 23 frigates will be also retired from service.

​The Royal Navy's 13 minesweepers will reportedly be replaced by underwater drones.

Amid the ambitious plans, the Army is set to witness the largest cuts, with around 10,000 troops slashed, shrinking its size to around 72,500.

Earlier, The Times reported that General Sir Mark Carleton-Smith, the chief of General Staff, told ministers that he wanted to cut the 10,000 personnel so that the Army could spend more on technology. This means that some battalions may be disbanded.

"Further army cuts could seriously limit our forces' capacity simultaneously to deploy overseas, support allies and maintain strong national defences and resilience. There's a gulf between the government's ambitions and its actions, which is set to grow with this new review."

The HMS Queen Elizabeth carrier strike group will deploy to the Indo-Pacific region later this year, according to an earlier announcement by the government.

​The upcoming command paper will reportedly set out plans for Royal Navy patrol ship HMS Trent to operate out of Gibraltar, tasked with supporting Nato allies and engaging in international counter piracy operations in the Gulf of Guinea off the coast of West Africa.

Electronic warfare and work to develop autonomous systems such as drones will see an influx of financing.

The National Cyber Force will be expanded, while a new Space Command is expected to coordinate the UK's military and commercial space operations.

The UK recently announced the establishment of a National Cyber Force. IISS Senior Adviser, Marcus Willett explains the rationale behind this next step in the evolution of UK cyber capabilities and strategy | https://t.co/LovXVKf88z pic.twitter.com/5DaVvFxUyl

​Following publication last week of the Integrated Review of Foreign and Defence Policy, ministers claimed the changes are necessary to create a more agile military to ward off evolving threats around the globe, support allies, and pre-empt hostile powers.

The new UK defence strategy targeted Russia as the "most acute direct threat" in the 2020s for London, while also viewing China as a potential threat to its economic security in the next decade.