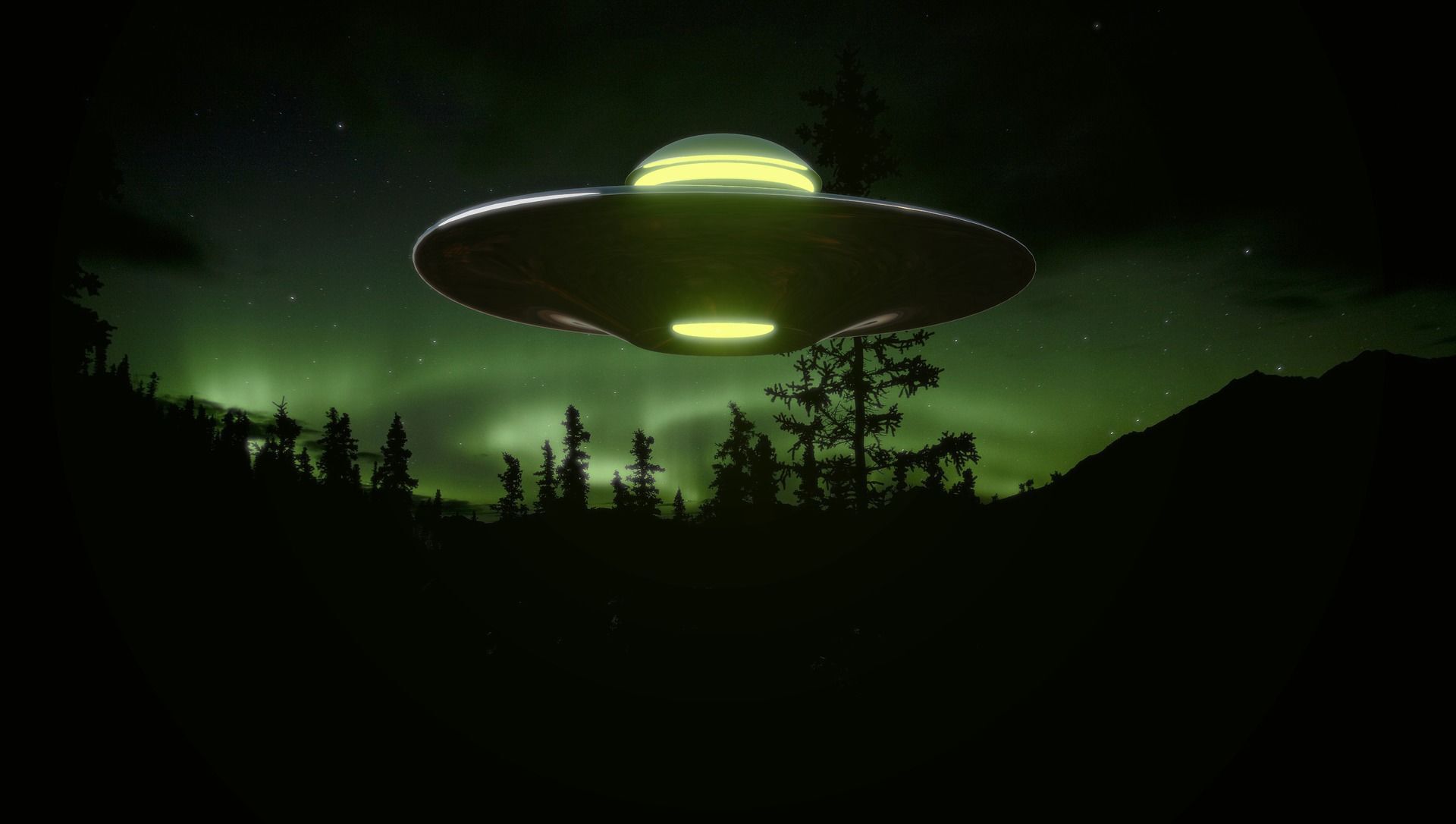 CC0 / /
Subscribe
Svetlana Ekimenko
All materialsWrite to the author
The Pentagon released three videos of "unidentified aerial phenomena" in 2020, captured on Navy aircraft cameras in 2004 and 2015. The footage, showing black shapes accelerating at incredible speeds, had previously been leaked to media outlets, prompting the Navy to confirm their authenticity in response to a Freedom of Information Act request.

The shroud of mystery surrounding some of the more “difficult to explain” so-called UFO sightings might soon be lifted in an upcoming US government report, former Director of National Intelligence John Ratcliffe revealed in a recent interview.

Wow. Maria Bartiromo gets former DNI John Ratcliffe to talk about UFOs ahead a deadline for the government to disclose what it knows about them...

"Usually we have multiple sensors that are picking up these things...there is actually quite a few more than have been made public" pic.twitter.com/qu4VlzrZw1

​“There are a lot more sightings than have been made public… Some of those have been declassified,” said the top intelligence official during the White House tenure of ex-president Donald Trump.

Ratcliffe, when asked about incidents involving unidentified flying objects (UFOs) on Fox News on Friday, replied that sightings reported across the globe extend beyond “just a pilot or just a satellite, or some intelligence collection”.

“And when we talk about sightings, we are talking about objects that have been seen by Navy or Air Force pilots, or have been picked up by satellite imagery that frankly engage in actions that are difficult to explain,” said the politician, who served as the Director of National Intelligence from 2020 to 2021.

Ratcliffe mentioned incidents reporting movements that humanity currently lacks the technology for, with objects travelling at speeds exceeding the sound barrier without a sonic boom, adding:

“Usually we have multiple sensors that are picking up these things … some of these are unexplained phenomenon, and there is actually quite a few more than have been made public.”

The former official added that while he had hoped the report would have been released before Donald Trump’s administration exited the White House in January, “we weren’t able to get it down into an unclassified format that we could talk about quickly enough.”

The Pentagon report is anticipated to be released by 1 June, according to the Fox interview.

Then-president Donald Trump signed a $2.3 trillion COVID-19 relief and government funding bill on 27 December 2020. It contained a “committee comment” attached to the annual intelligence authorisation act, that required the Pentagon and spy agencies to disclose what they know about UFOs.

Trump himself had previously brushed off questions about UFOs and possible alien life.

“I’m not a believer, but you know, I guess anything is possible,” he said during an interview with Fox News' Tucker Carlson in 2019.

​The Senate Intelligence Committee, chaired by Sen. Marco Rubio (R-Fla.), said in the comment that it “directs the [director of national intelligence], in consultation with the Secretary of Defense and the heads of such other agencies … to submit a report within 180 days of the date of enactment of the Act, to the congressional intelligence and armed services committees on unidentified aerial phenomena”.

The push for more declassified information on so-called UFOs followed a move by the Pentagon in April 2020 to declassify three UFO videos shot by US Navy pilots, acknowledging their authenticity.

The videos, captured with infrared targeting systems, show black shapes seeming to float and pick up remarkable speed, and were previously leaked to the media.

Eventually, in response to a Freedom of Information Act request, the Navy confirmed their authenticity in September 2019.

Footage taken off the coast of San Diego on 14 November 2004, according to The New York Times and Vice, and also dubbed the Nimitz video, from the name of the pilots' ship, the USS Nimitz, shows a dark, oblong shape being tracked by the infrared camera.

This is new footage released by the Pentagon of an f-18 tracking a ufo near San Diego in 2004 pic.twitter.com/aYH7qoBRdg

"It accelerated like nothing I've ever seen," one of the pilots, Cmdr. David Fravor, told The Times in 2017.

A clip dated January 2015 shows what looks like the ocean surface, with a small object skimming past the camera at high speed.Pilots can be heard exclaiming, "What the f--- is that?"

In the 34-second footage also dated to 2015, the aircraft's infrared camera tracks a saucer-like object flying above the clouds as pilots marvel what it could be.

The tapes, made in 2004 and 2015, were well known to #UFO enthusiasts but the Pentagon has now confirmed them. pic.twitter.com/MWaBGk7wEq

​Previously, the videos were published by The Times and the To The Stars Academy of Arts and Science, a UFO research group founded by the Blink-182 guitarist Tom DeLonge.

The Department of Defense, upon publishing the clips, said it found that they don't "reveal any sensitive capabilities or systems" and that their release "does not impinge on any subsequent investigations of military air space incursions by unidentified aerial phenomena…The aerial phenomena observed in the videos remain characterised as 'unidentified.'"

I’m glad the Pentagon is finally releasing this footage, but it only scratches the surface of research and materials available. The U.S. needs to take a serious, scientific look at this and any potential national security implications. The American people deserve to be informed. https://t.co/1XNduvmP0u

​Former Sen. Harry Reid, who helped fund the US government's UFO investigations, that the release of the videos "only scratches the surface" of what lay concealed in classified documents.