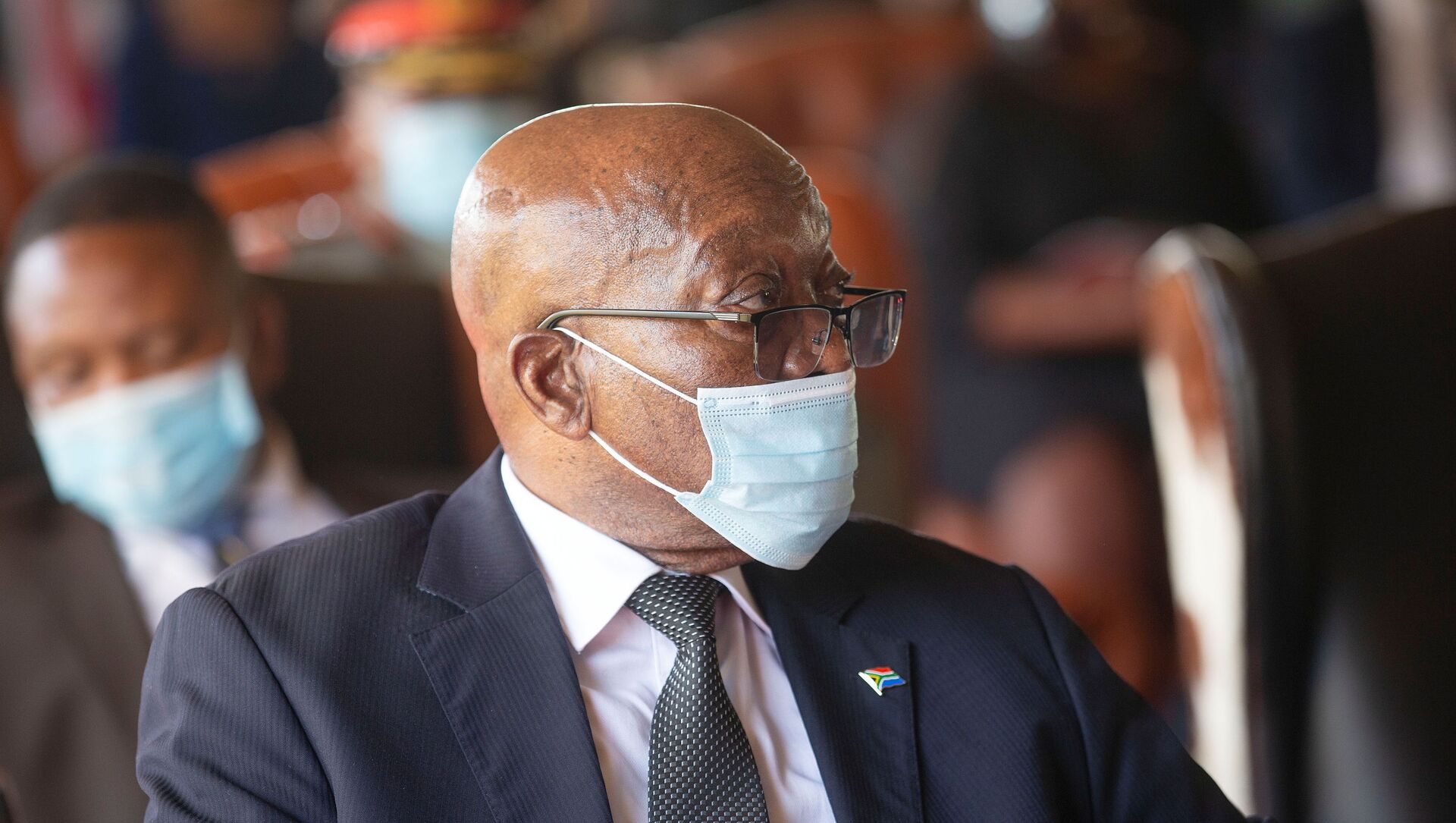 James Tweedie
All materialsWrite to the author
Former South African president Jacob Zuma could be jailed — as he was under the apartheid regime — for refusing to give evidence for a third time at the "state capture" inquiry into alleged official corruption that he ordered convened over three years ago.

The leader of the South African Communist Party (SACP) has accused former president Jacob Zuma of plotting a "coup or a civil war" by snubbing a corruption inquiry.

“The Constitutional Court must exercise its independence against any person who thinks that they are above the law and anyone who defies its judgements action must be taken in the same vein," Nzimande said. "No democracy worth its salt can leave unattended the threats of a coup or a civil war from some of those quarters we are critical of.”

Zuma has refused demands by Constitutional Court Deputy Chief Justice Raymond Zondo to testify for a third time at the inquiry into “state capture” and alleged official corruption during his two terms in office, saying the judge is personally biased against him and must recuse himself from the proceedings.

“Elements behind this manoeuvre now appear to be destined for a counterrevolutionary offensive against some of the institutions of our democracy," the party said. "These elements are deliberately intensifying divisions in our broader movement and sowing society wide chaos, to try and stop the law from taking its course.”

Nimande said the revolutionary party had affirmed its “commitment to the supremacy of our democratically adopted Constitution, primacy of the rule of law”, while warning of a “regrouping of the post-Polokwane New Tendency” — referring to the 2007 conference of the ruling African National Congress (ANC) that saw Zuma elected leader.

South Africa’s constitution allows the courts to overrule the elected parliament and government — a power that was used to prevent Zuma issuing a tender for a new nuclear power station which Russia’s Rosatom looked likely to win.

The 78-year-old former president who was jailed for 10 years by the apartheid regime in the notorious Robben island prison, has been threatened with another stint in prison if he does not comply with Zondo's summons for him to give evidence again. Zuma ordered the inquiry himself two months before resigning in 2018 at the request of the ANC's National Executive Committee.

Cracks Widen in South Africa’s 27-Year Ruling Alliance Over Austerity and Protest Shooting
But the commission’s mandate only runs until March 31. Earlier this month the ANC's top six officials held a five-hour virtual meeting with Zuma in a bid to pressure him into relenting. Afterwards, ANC secretary-general Ace Magashule said the leadership had agreed to let the former president continue consulting his lawyers over whether he would testify again.

Two weeks earlier police in Johannesburg shot dead 35-year-old father of three Mthokozisi Ntumba, a bystander to protests by students from the city's University of Witwatersrand, as he walked out of a doctor's office onto the street.

It was “disingenuous for the elements within our movement who either presided over cuts to college and university allocations to come out claiming the opposite”, Nzimande said, denouncing “the factionalists calling themselves members of the so-called Radical Economic Transformation" — another codeword for Zuma's supporters — who he accused of dividing the ANC.