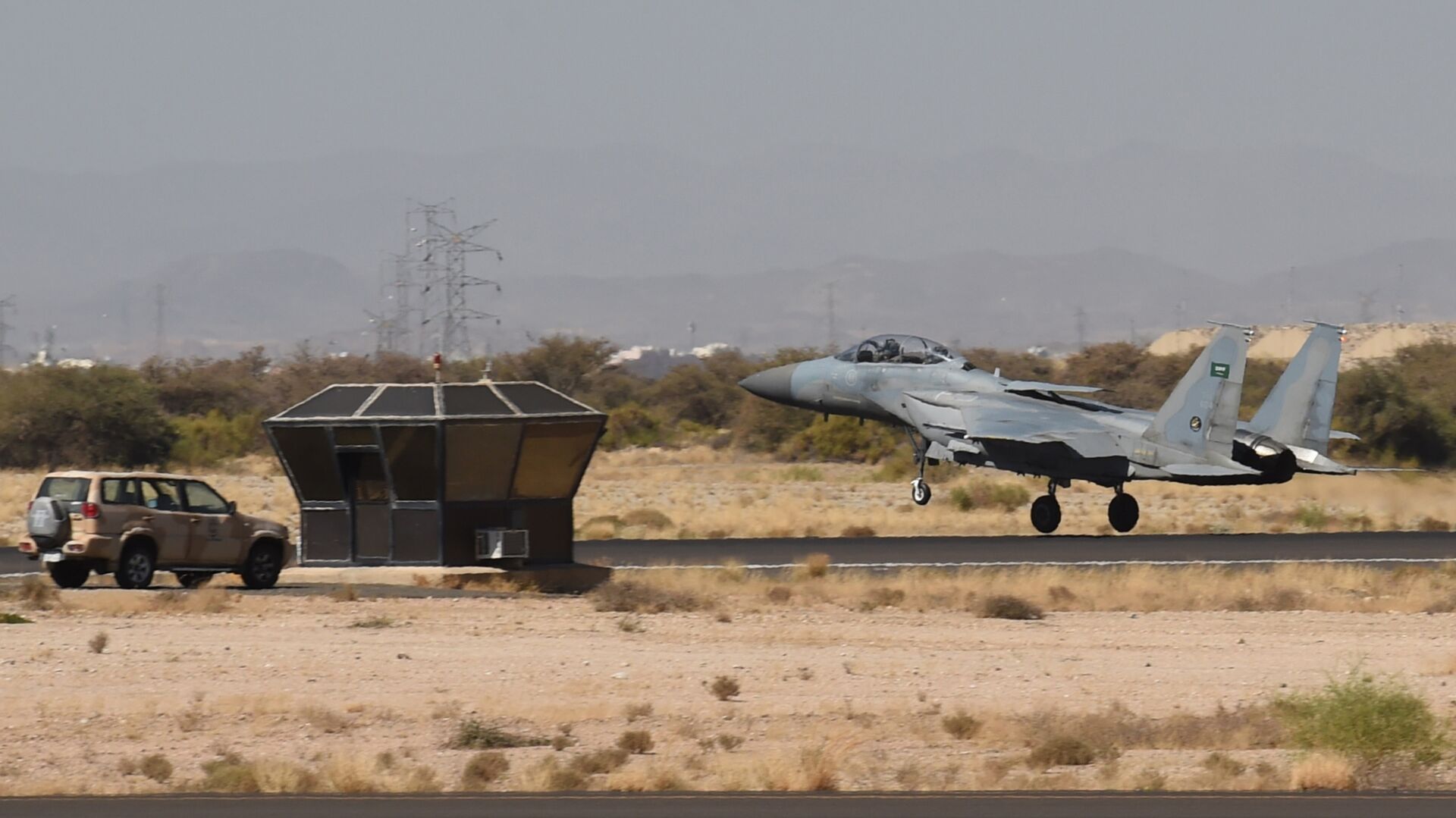 © AFP 2023 / FAYEZ NURELDINE
Subscribe
International
India
Africa
Ilya Tsukanov
All materialsWrite to the author
Yemen descended into conflict in late 2014, after the Houthi movement took control of the country's capital in a popular uprising sparked by the cancellation of fuel subsidies. President Abdrabbuh Mansur Hadi fled to Riyadh, and in March 2015, Saudi Arabia and a coalition of mostly Gulf sheikhdom nations intervened to try to restore him to power.

Saudi Foreign Minister Faisal bin Farhan Al Saud has announced a new Riyadh-backed peace initiative to end the conflict in Yemen, with the proposal including a United Nations-supervised ceasefire across the country, an easing of the blockade, and the relaunch of political talks.

Along with the ceasefire, the proposal includes a commitment by the coalition to ease its blockade on Hodeidah Port, with tax revenues from the port to go into a joint bank account in the central bank, as well as the reopening of Sanaa Airport.

"The initiative will take effect as soon as the Houthis agree with it," Prince Faisal said, speaking to journalists at a televised news conference in Riyadh. "It's up to the Houthis now," he stressed.

Prince Faisal went on to take a shot at Tehran, which Riyadh has long accused of supporting the Houthi militants with weapons and other assistance, saying that "the Houthis must decide whether to put their interests first or Iran's interests first."

Iran has repeatedly expressed support for the Houthis' struggle, but has also rejected claims of involvement in the Yemen conflict, pointing to the suffocating Saudi blockade of the country's ports and airspace. The militia similarly maintains that its weapons, including the ballistic missiles and drones it uses to attack coalition forces in both Yemen and Saudi Arabia proper, are domestically produced. Yemen is known to have been provided with vast quantities of Soviet weapons during the Cold War, when its southern half was the only Marxist-Lenininst country in the Arab World.

Yemen's Houthi-run Ministry of Defence in Sanaa unveils today what it says winged and ballistic missiles, new drones, sniper rifles, and landmines wrote on some of them "Made in Yemen" amid military escalation with Saudi Arabia. pic.twitter.com/iMzj5tYbWf

The Houthi movement's chief negotiator responded to Riyadh's initiative by saying the group would continue to talk to the Saudis, Oman and the US to reach peace, and demanded that Saudi Arabia immediately end its air and sea blockade against Yemen.

On Saturday, Mohammed Ali al-Houthi, a high-ranking member of the Houthi-led Supreme Political Council, indicated that the war would end once Saudi-led "aggression" is stopped and the seige is lifted. "The coalition of aggressor member states and their allies besiege the Yemeni nation, invade and occupy parts of our motherland, and at the same time call on us to stop fighting," he wrote. "Stop your aggression and siege for the famine and tragedy to end," al-Houthi added.

The long-running war in Yemen escalated in recent months, with the Houthis advancing on the major Hadi-controlled northern stronghold of Marib, and stepping up missile and drone attacks on Saudi Arabia proper. On Sunday, the coalition launched airstrikes on Sanaa, which is controlled by the Houthis, and a food production facility in Hodeidah Port.

Saudi Arabia and a coalition of mostly Gulf Arab nations intervened in the Yemen conflict in March 2015, but were soon bogged down in fighting despite vast military, technological, financial and numerical superiority, as well as intelligence and weapons support from the United States (which the Biden administration put on hold only last month). The Houthis remain entrenched in their western strongholds in western Yemen, including Sanaa, and have gone on to launch missiles and drones at Saudi cities, oil production facilities, military bases, airports, and other infrastructure. In September 2019, the militia temporarily knocked out half of Saudi Arabia's oil output in a pair of attacks on oil processing facilities in the Kingdom's east.

🇸🇦🇾🇪Saudi air strike on a Houthi target in the city of Sana'a.
❌Seems like the strike hit a Missile or Drone depot.
❌No information about casualties.#Saudiarabia #Yemen pic.twitter.com/thIAS5awhk

The Houthis are moderate Islamist political and militant movement which first emerged in the 1990s from the Houthi tribe, predominent in northern Yemen. Achieving a measure of popularity with their anticorruption, social justice, anti-imperialism, anti-Zionism and Yemeni nationalism campaigns, the group purports to support a non-sectarian and democratic form of republican government in Yemen.

In 2020, President Hadi and his Saudi sponsors pieced together a new 'unity government' comprised of representatives of his government and the so-called Southern Transitional Council, a secessionist group headquartered in Aden, southern Yemen which has fought both the Houthis and Hadi forces in the past. Members of the new government arrived in Aden in late December, only to be hit by a massive missile strike on the airport where they arrived. Saudi Arabia blamed the Houthis for the attack. The militia denied responsibility, and claimed Riyadh may have decided to liquidate their own "puppet" government. Last week, the presidential palace in Aden was stormed by protesters expressing discontent with the lack of basic services, poor living conditions, and depreciation of the Yemeni rial.

The six-year long war in Yemen is feared to have killed as many as 233,000 people, both in fighting and as a result of the humanitarian crisis caused by the conflict and the coalition's blockade of Houthi-controlled areas of the country. The UN says three quarters of the country's population remains in dire need of food and basic medical assistance.