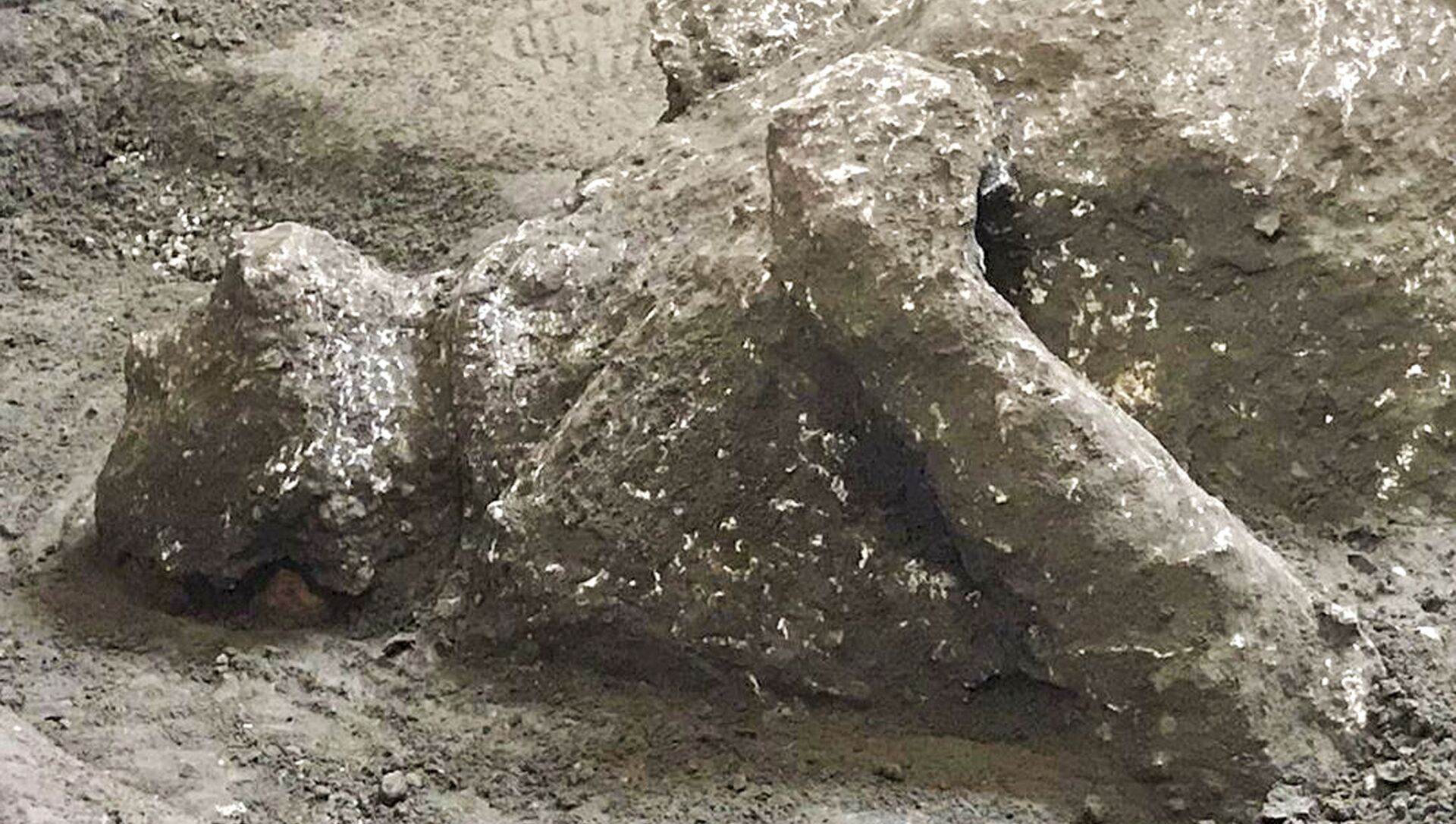 © AP Photo / Parco Archeologico di Pompei
Subscribe
International
India
Africa
Alexandra Kashirina
All materialsWrite to the author
Pyroclastic density currents, a mix of hot toxic gases and volcanic matter, is one of the deadliest effects to follow certain kinds of volcanic eruptions. The flows can speed down the side of a cinder cone at speeds of up to 700 kilometers per hour and reach temperatures of 1,000 degrees Celsius, instantly killing anything in its way.

The pyroclastic cloud caused by Vesuvius’ eruption in 79 AD could have reached the ancient city of Pompeii within fifteen minutes, killing its inhabitants well before the arrival of flows of molten lava, scientists told The Guardian on Monday.

According to the results of recent research conducted jointly by the Department of Earth and Geo-environmental Sciences of the University of Bari and the National Institute of Geophysics and Volcanology (INGV), the approximately 2,000 victims of the 79 AD eruption died of asphyxiation as pyroclastic flows brought superheated ash and solidified lava along with carbon dioxide and chlorides.

According to Roberto Isaia, senior researcher of the Vesuvius Observatory of the INGV, scientists were determined to create a model that would help to “understand and quantify the impact of pyroclastic flows on the inhabited area of Pompeii, about 10 kilometers from Vesuvius.” 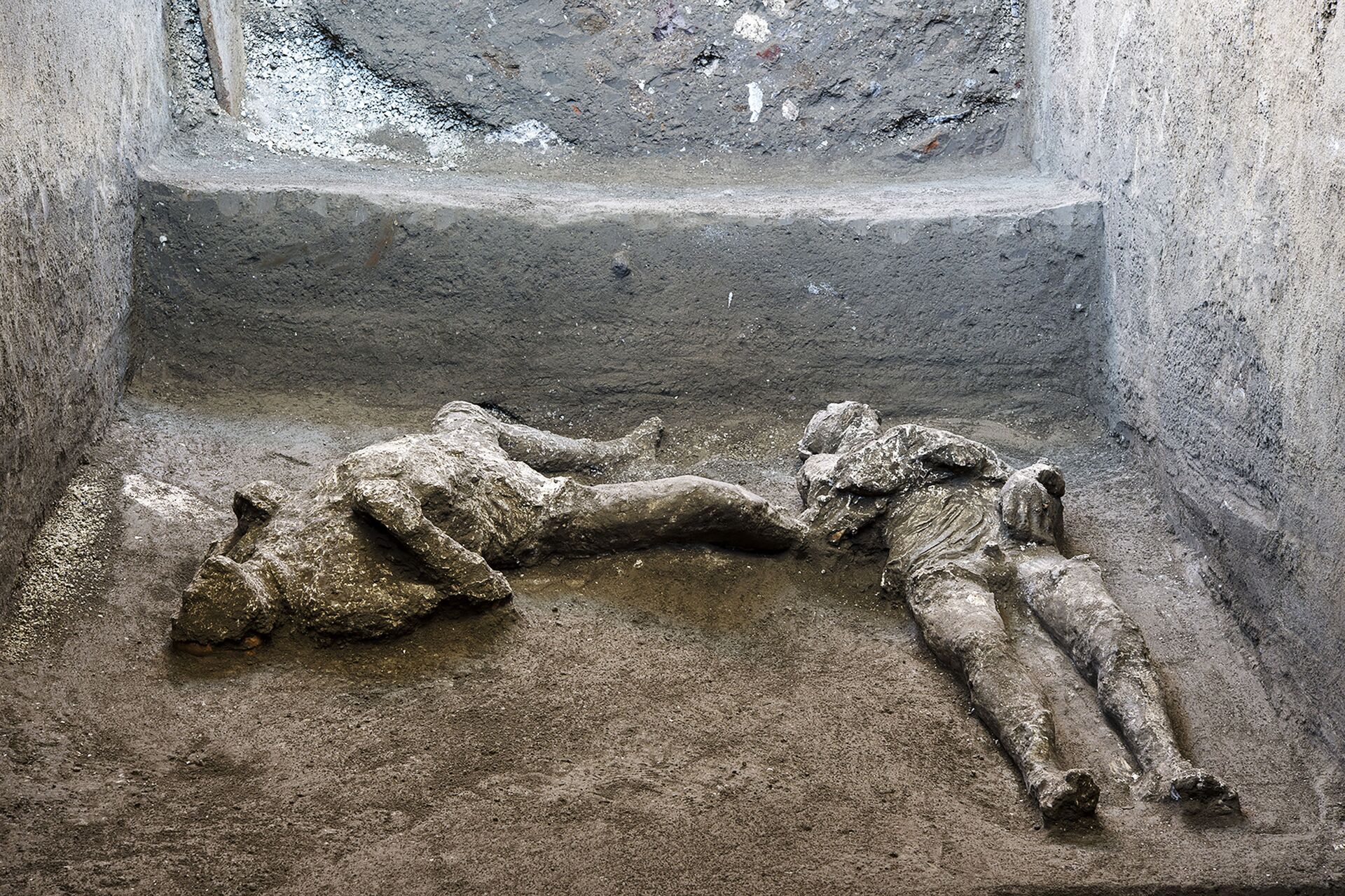 The casts of what are believed to have been a rich man and his male slave fleeing the volcanic eruption of Vesuvius nearly 2,000 years ago, are seen in what was an elegant villa on the outskirts of the ancient Roman city of Pompeii destroyed by the eruption in 79 A.D., where they were discovered during recents excavations, Pompeii archaeological park officials said Saturday, Nov. 21, 2020
© AP Photo / Parco Archeologico di Pompei

The model is aimed to reconstruct the impact of the deadly cloud and trace its characteristics. The study classifies pyroclastic flows as “the most devastating impact” of explosive eruptions caused by the collapse of the eruptive column, releasing red-hot volcanic ash that rapidly spreads across nearby landscapes at extremely high speed.

The study says that at Herculaneum, the nearest village to the volcano, “the temperature and strength of the flow were so high that survival was impossible.”

“At Pompeii, in the distal area, we use a new model indicating that the current had low strength and low temperature, which is confirmed by the absence of signs of trauma on corpses. Under such conditions, survival should have been possible if the current lasted a few minutes or less,” the study reads.

“Those 15 minutes inside that infernal cloud must have been interminable. The inhabitants could not have imagined what was happening. The Pompeiians lived with earthquakes, but not with eruptions, so they were taken by surprise and swept away by that incandescent cloud of ash,” Isaia noted.

As the professor, Pierfrancesco Dellino, of the University of Bari said, the study revealed previously unknown “information that is contained in the pyroclastic deposits” that would provide “valuable insights for interpreting the behaviour of Vesuvius, also in terms of civil protection.”

In 79 AD, the Vesuvius volcano near Naples exploded in one of the most catastrophic eruptions in history. As a result of the disaster, thousands of inhabitants of the Roman cities of Pompeii, Herculaneum and Stabia died and several small villages and located at the very foot of the volcano were destroyed. The eruption is renowned for leaving behind unprecedentedly well-preserved corpses and city houses, buried for centuries under a thick layer of superheated ash.