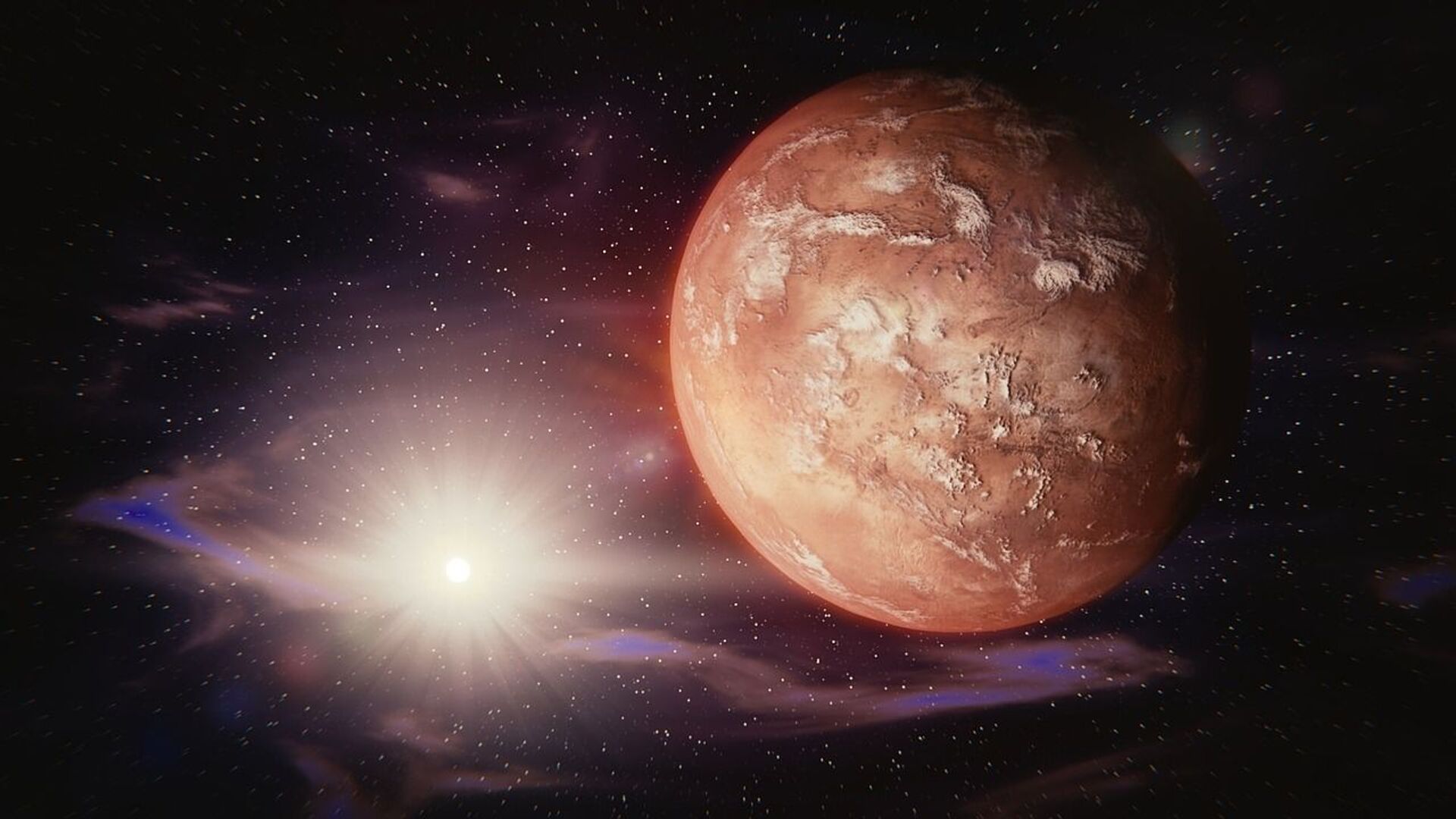 The Mars city project is part of scientific work organised by The Mars Society and developed by an international team of scientists and academics.

The project of a self-sufficient and sustainable city on Mars has been unveiled by an international architecture studio, ABIBOO.

The city of Nüwa is envisioned to be on the slope of one of the Martian cliffs located at Tempe Mensa. The place was picked because it's thought to have access to an abundance of water.

Nüwa is planned as a vertical city, which should provide protection from radiation and meteorites, while retaining access to the direct sunlight.

"We had to do a lot of analysis based on computing and working with the scientists to try to understand what are the circumstances that we will face," founder of the architecture studio, Alfredo Muñoz, told Euronews, adding "we have to face challenges that are very specific to the conditions of Mars, one of them is gravity, which is only one-third of the gravity on Earth."

The planned city, with a projected population of 250,000, was developed with self-sustainability and self-sufficiency in mind. According to ABIBOO, after a short initial phase relying on capital investments and supplies from Earth, the city should continue its growth with local resources on Mars.

Since there is carbon dioxide and water on the surface of Mars, ABIBOO wants to use it to create steel on the planet.

"Water is one of the great advantages that Mars offers, it helps to be able to get the proper materials for the construction. Basically, with the water and the Co2, we can generate carbon and with the carbon, we can generate steel," Muñoz said.

Crop cultivation would provide 50% of the human diet and process carbon dioxide into oxygen as well as take part in the water processing system. Microalgae would also be the principal component of the human diet, since it’s more efficient in terms of space and resource utilisation, the studio says. Farming areas for animals and insects are also planned.

A regular shuttle service also should be able to function for getting from Earth to Mars. Launch windows would open approximately every 26 months and last between one and three months.

The studio founder said that the company's analysis shows that the construction can start by 2054 and it could be built by 2100.

"We think it is doable from the technical aspects. [What takes time] is more about ensuring that there is enough will and associations in the international community. This has to be something that comes from a private sector, public sector, different locations, different cultures, in order to ensure that there is diversity."

Previously, the CEO of SpaceX Elon Musk, who is building a rocket capable of delivering humans to Mars, said that a fully functional and self-sustainable colony on Mars would require a thousand flights to the planet and won’t be established in the coming decades.