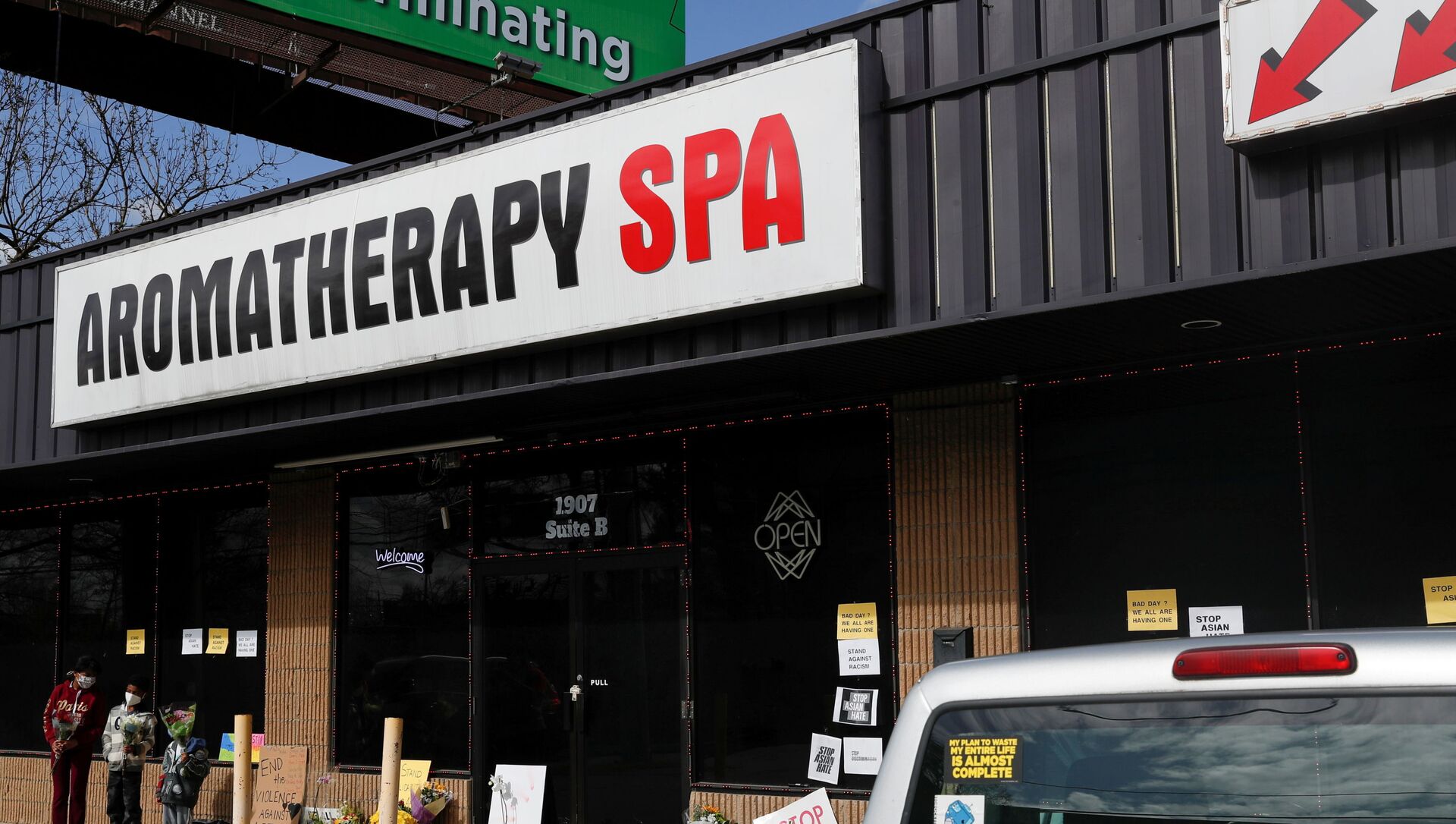 Kirill Kurevlev
Correspondent
All materialsWrite to the author
The 21-year-old suspect in the Atlanta area massage parlor shootings, which resulted in eight people murdered, including six women of Asian origin, reportedly admitted to having a "sexual addiction" and saw the companies he targeted as a "temptation for him that he wanted to eliminate."

US federal and local investigators have yet to find concrete evidence that would be sufficient to establish a federal hate crime case against the man accused of killing eight people at three spas in the suburbs of Atlanta, Georgia, NBC News reported Sunday.

The officials told the outlet that the first step in determining a potential hate crime is for the local US Attorney to direct the FBI's Atlanta office to open a preliminary investigation into the matter. However, no directive has reportedly been issued so far because investigators have found no evidence pointing in that direction after probing electronic devices and conducting interviews.

The investigation is currently being led by state and local law enforcement officers, with the FBI assisting with manpower and evidence analysis.

"[FBI] is coordinating closely with those local authorities.  If, in the course of the local investigations, information comes to light of a potential federal violation, the FBI is prepared to investigate," Kevin Rowson, a spokesperson for the FBI's Atlanta office, said in a statement quoted in the report.

Earlier, Georgia officials indicated that state hate crime charges, which would be separate from a federal case, are still a possibility.

A local law enforcement officer, Captain Jay Baker of the Cherokee County Sheriff's Office, who said Long had a "really bad day" and "this is what he did," referring to the suspect's claims of motive, has come under fire for his comments and was later removed from the case.

The majority of crimes in the US are prosecuted by local authorities. But when there is a violation of a federal statute, such as civil rights crimes targeting someone in a federally protected class, like race, national origin, or religion, as well as crimes that affect interstate commerce or violent crimes involving, for example, a felon in possession of a firearm, federal officials may become involved.

The suspect, Georgia-native Robert Aaron Long, was charged with eight counts of murder on Wednesday. The media reported earlier that he may have previously visited the establishments that he targeted in the shooting.

In a televised emotional address last week, broadcast from Atlanta, President Joe Biden said that many Asian Americans have recently been "attacked, blamed, scapegoated, and harassed," and that "silence is complicity."